Click here for a nice gender and race analysis of a range of Halloween costumes for adults and kids by our blogger, Wendy.  We’ve also highlighted two costumes in particular: the Sexy Scholar and Anna-Rexia.  And, of course, just a few days ago, we posted about the Halloween display that includes a lynched Sarah Palin and a screenshot of an Obama mask found by searching for “terrorist costume.”  And don’t miss our jack-o’-lantern tribute to Max Weber.  See also, if you like, my Huffington Post about the race, class, and gender politics of Halloween.

To our newest Halloween material:

Andrea G. scanned in an entire Halloween costume catalog and offers some global observations about the breadth of costumes made available.  You can check out her flickr account here or scroll down for the images and some of Andrea’s commentary.

The Cover and Back: 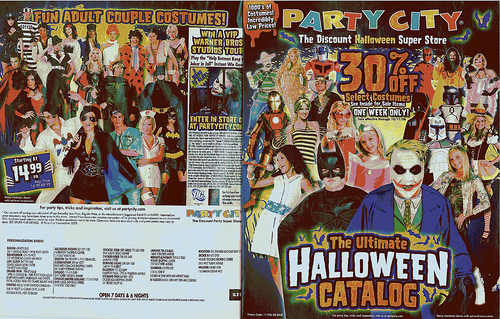 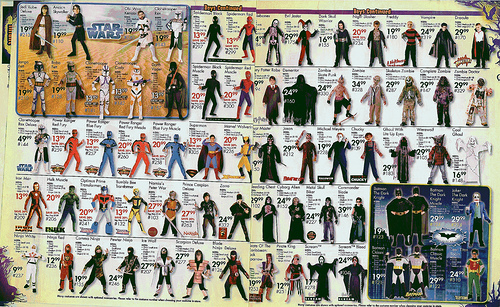 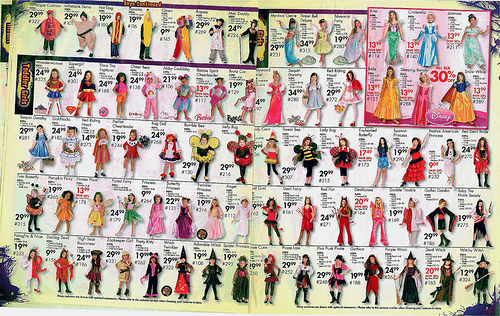 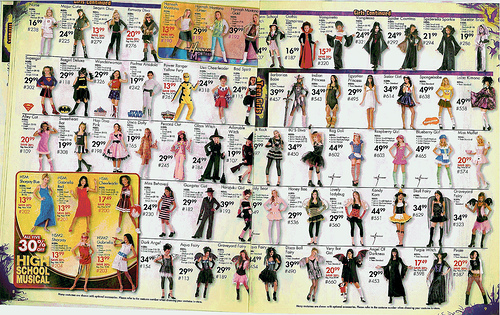 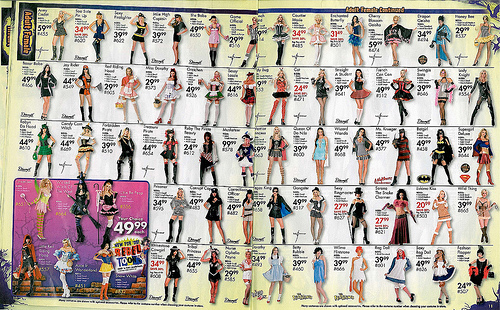 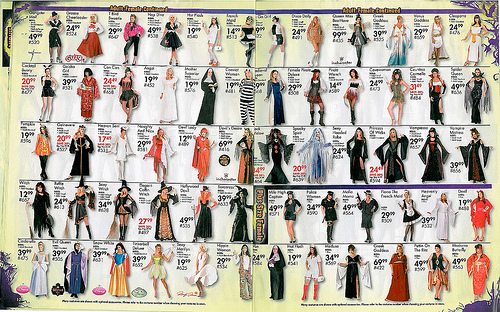 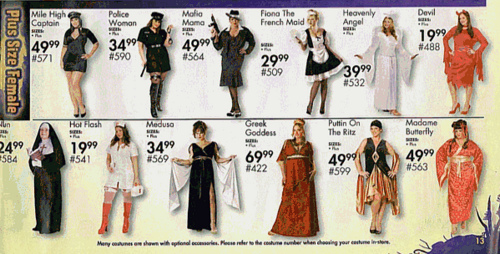 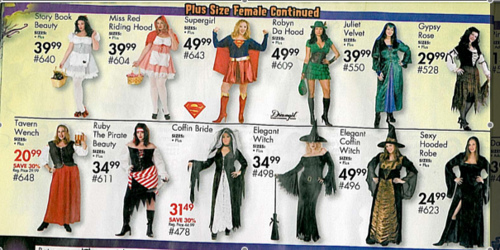 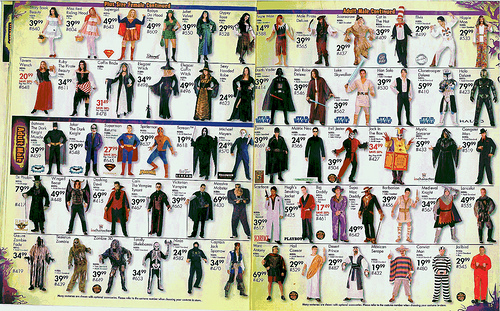 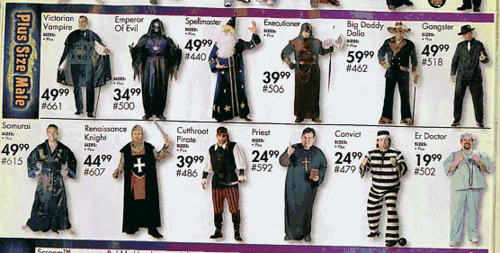 Second, Andrea points to how often men’s faces are covered by masks and how infrequently women’s are.  She writes that “5 out of the 198 costumes categorized under “female” or “girls” were masked (2.5%)” and “96 of the 180 costumes categorized under “male” or “boys” were masked  (53.3%).”  Andrea thinks: “I think this touches on the double standard American society holds for females/girls to be attractive and beautiful, while males/boys do not have to cater to this social rule, for the most part.”

Third, Andrea notes that there are costumes designed to make men look fat, but not women.  For example, this “Freshman 15” costume:

Anne: it's also worthy to note that the only "cross-dressing" costumes for men are ones that shame women. the message being that men should only dress like women to make fun of them, not to celebrate or otherwise express positive feelings toward them.