Assimilation as a Condition of Citizenship for American Indians

Kay W. took these images in a museum in Sitka, Alaska.   This is David P. Howard, an Alaskan Native, and his family in 1917 (or so).  Notice how Howard and his family appear to have shed every possible sign of “native-ness” in this picture.  The conquest of American Indians was achieved, in part, through forced and coerced assimilation (see this post on American Indian boarding schools in Canada). 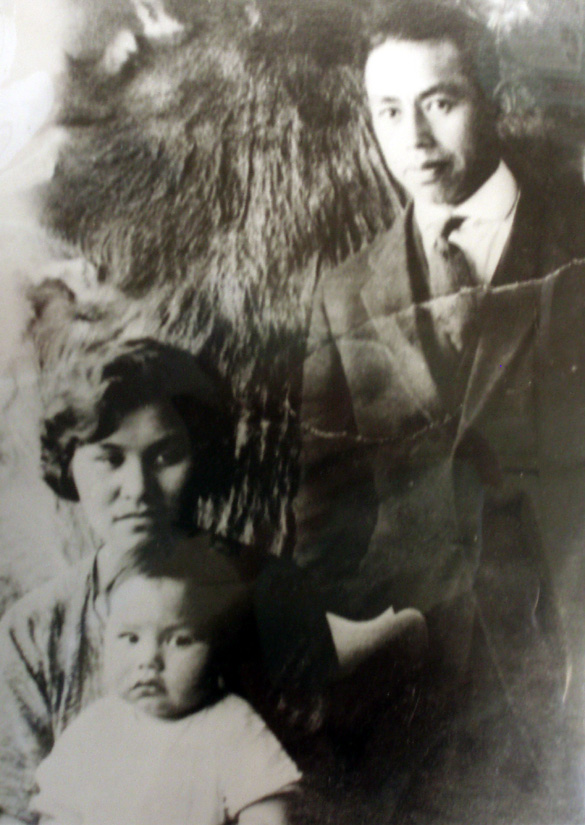 The family had to appear assimilated because Howard was seeking U.S. citizenship and citizenship was contingent on Howard abandoning his “Indian” ways.  The document below testifies to Howard’s assimilation.  The last paragraph reads:

NOW, THEREFORE, THIS IS TO CERTIFY that due proof has been made to me that the applicant David P. Howard is an Indian born within the Territorial limits of the United States, and that he has voluntarily taken up within said limits his residence separate and apart from any tribe of Indians therein, and has adopted the habits of civilized life. 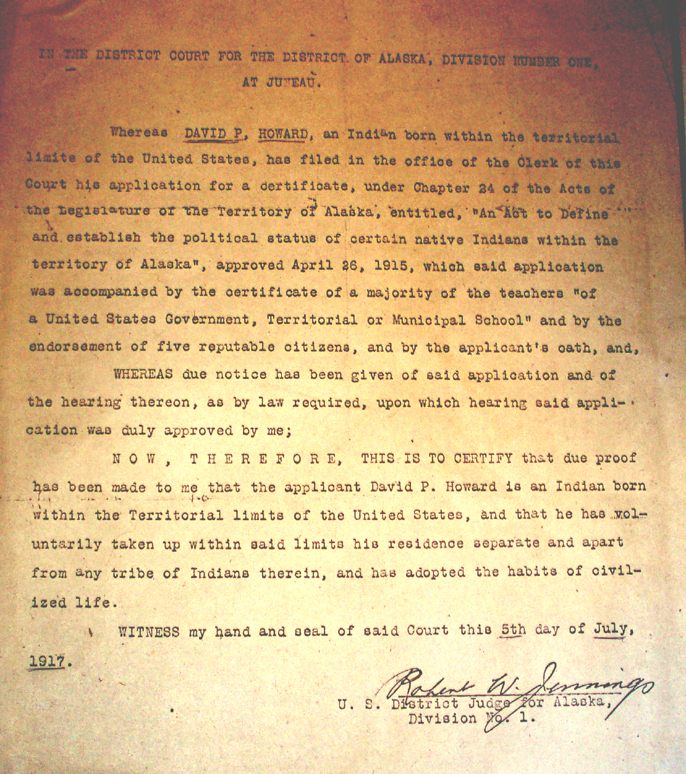 You might want to use it for a discussion of the forced assimilation of American Indians in particular, of course (as well as the insanity of the fact that they would have to petition to be a part of the nation existing on their own land; American Indians did not become citizens until 1924), but also for a more general conversation about how immigrants to the U.S., including European immigrants, were required to adapt themselves to certain standards of middle-class White American society in order to be welcomed into full social, as well as legal, citizenship (and clearly non-Whites often found that even assimilation to White middle-class norms wasn’t enough, though it worked for the Italians, Irish, Polish, and other European ethnic groups, who no longer differ on any important social indicators from Whites of Northern or Western European origin).

In a related example, see this cartoon mocking German attempts at assimilation during World War I.

[...] surprisingly, civilization means only one thing: assimilation into Anglo culture. The other option? Extinction. How do we know a tribe isn’t civilized? They still live like [...]