Early Immigrant Assimilation as a Response to Prejudice

During World War I and World War II, being German-American in the U.S. became less-than-agreeable.  At that time, due to interpersonal and institutionalized discrimination, many German-Americans actively tried to assimilate into a still-very British America by downplaying their ethnic characteristics.  This cartoon, published in 1921, illustrates how German-Americans attempted to do this and how well-aware the larger society was of their efforts: 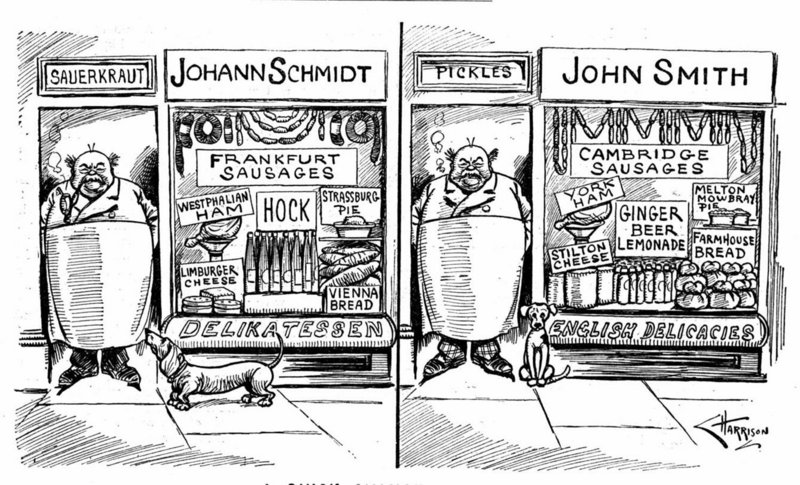 (I have long since lost the source on this, but if someone sends one in, I will gladly link to it.)

Sociological Images » ASSIMILATION AS A CONDITION OF CITIZENSHIP FOR AMERICAN INDIANS — September 18, 2008

[...] a related example, see this cartoon mocking German attempts at assimilation during World War I. addthis_url = [...]

It seems that he abandoned a pipe for a cigarette as well. Were pipes associated with Germans at that time?

Wow, its very interesting post. friend this is my one of the favorite place for spending my free time, solitaire card games are showing so interesting levels for everyone.