Love and the Value of Women in India

A student pointed me to bharatmatrimony.com, a matchmaking website targeting the general Indian sub-continent: 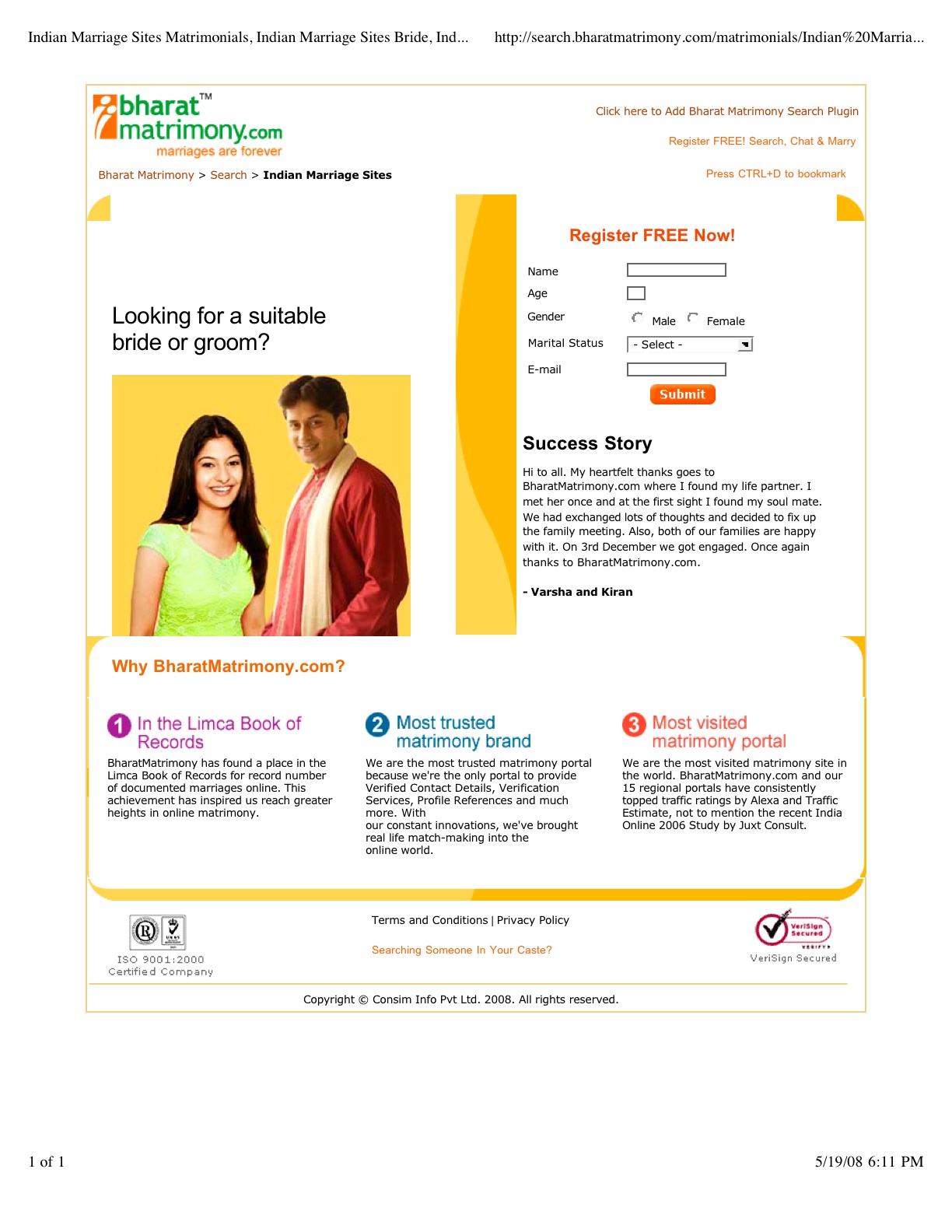 You can choose to search a variety of more specific groups (Hindi, Punjabi, Tamil, etc.). Among other search criteria, you can specify caste and sub-caste.

I did a quick search (I put in “any” for caste) and found that the profiles are publicly available (presumably you only have to pay if you actually want to contact them), and include such information as complexion (one profile said “wheatish”), blood type (??), eating habits (vegetarian or not), horoscope and whether or not the person requires a good horoscope match, the person’s caste and sub-caste, annual income, and their preferences in a partner (they can state a caste and first-language preference but not a complexion preference, from what I can tell).

The website might be useful for any number of discussions–about technology and the increasing global reach of the internet, of modern methods of dating, about what type of information we might think is important at first glance about a person (although in the U.S. I bet many people would say asking about someone’s complexion is inappropriate or racist, I presume we have things on our dating sites that would seem rude in India; also, I’d argue American users of dating website don’t openly ask about complexion but can get that information from photos and so may be judging potential partners on it anyway). This could also bring up an interesting discussion of language–I suspect many students would be horrified at the idea of a “matchmaker,” which implies arranged marriages to some degree, but a “dating service” seems different (even though eharmony and other sites call potential partners “matches”). 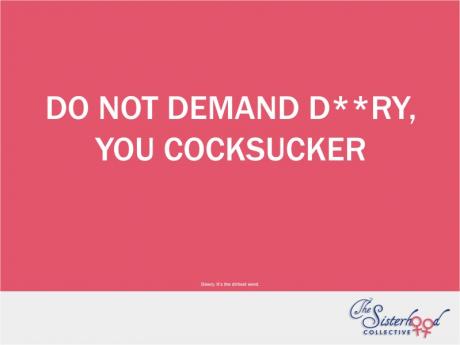 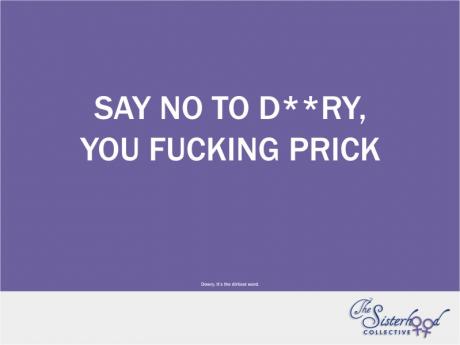 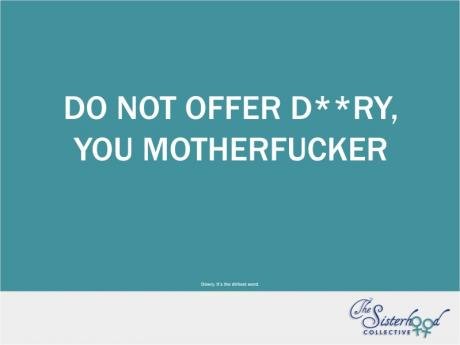 They can be found here. I have tried to find a website for The Sisterhood Collective or the ad agency that supposedly made these posters but have not be able to, so I do not have definitive proof they are real (I have no reason to say they aren’t, only that I’m usually cautious of things that supposedly were displayed in other countries that seem a little too funny/horrific to be true, so I always try to do a little digging if I can. Snopes.com didn’t have anything on it.

One thing that I thought was interesting about the anti-dowry posters was that when I first saw them, the language (“you fucking prick”) made me assume they were directed at men, although when I looked at them again I realized there was no reason they couldn’t be directed at women. If they were meant to target a male audience, it could lead to an interesting discussion of the implication that only men are engaged in patriarchal oppression, ignoring the role that older women (particularly potential mothers-in-law) play in reinforcing dowry and the devaluation of women.

Finally, here’s the cover (found here) of the very first issue of Vogue India, from October, 2007: 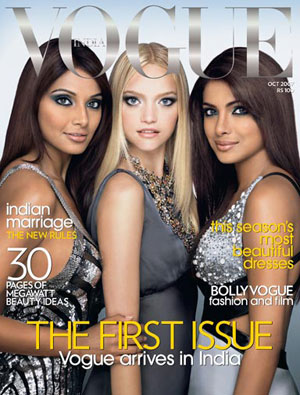 Here we see that the image of beauty provided by the magazine to the millions of women in India includes a narrow set of features: light skin, straight hair, stereotypically “European” facial features–and, of course, very, very thin bodies. Compare to this Indian ad for skin-lightening cream for a discussion of standards of beauty and how a generalized “White” ideal of beauty has been increasingly globalized.

Evelyn Nakano Glenn's new article "Yearning for Lightness: Transnational Circuits in the Marketing and Consumption of Skin Lighteners" from the most recent Gender & Society (Volume 22, No. 3) would be great to use in a class discussion of Indian Vogue and skin-lightening.

On asking about complexion when dating: Most dating ads in north-american newspapers will start with something to the effect of SWF looking for SWM, SBM looking for SAF, or whatever. So race comes in right with from the start, squished between marital status and gender...

With regard to blood type: I wasn't aware of its significance in India, but in Japanese culture blood type is seen as an indicator of one's personality much in the same way that one's zodiac sign serves that function in America. Similarly, there are ideas about which blood types are more/less compatible with which other blood types, just as certain zodiac signs are considered more/less compatible with others. I suspect this is the rationale behind its inclusion in the matchmaking profile.

There is a medical reason for blood type compatibility if childbearing is expected. An Rh-negative mother can develop an immune response vs. an Rh-positive fetus, resulting in spontaneous abortion. If both parents are Rh-negative, the likelihood is much reduced, and if the mother is Rh-positive, it's impossible.

From where I'm sitting, it's still a pretty weird thing to ask right off the bat.

[...] course, it might be useful to compare this dating service with this Indian dating service, which matches people based on all kinds of [...]

The women on the right and left don't look to me like they have stereotypically "European" features so much as stereotypically Aryan (in the Indian sense of the term) features.

I would hesitate to apply the lens of a globalized "White" ideal in understanding the privileging of light skin in India. While Western hegemony is certainly felt there, the light skin preference has much, much deeper historical roots on the subcontinent.

The relevant historical narrative was told to me this way: India was once populated almost entirely by Dravidians (dark skinned people, speaking the languages that would later become Malayalam, Tamil, et al.). Aryans (lighter skinned, speaking languages that would become, for example, modern Hindi) came along somewhat later, conquering some Dravidians and driving others south.

Thus, today, you have an Aryan/Dravidian relationship that can be (very roughly) understood as analogous to the White/Black dynamic in the U.S.

As I understand it (and I am not the best-informed person on this subject) Aryan features, languages, etc. are privileged over Dravidian ones, and Aryans are more politically powerful. This is related to some North/South tensions, with primarily Aryan peoples in North India and Dravidians in South India.

The thing here that screams Westernization to me is the clothing.

I find it interesting that they're advertising for a bride/groom and not a spouse.

We are the best marriage bureau across Matrimony sites in india. We provide best matrimonial services across the Globe. Lakhs of verified matrimonial profiles.