Less than twelve hours after the Pulse nightclub massacre in Orlando, Omar Mateen’s father said to reporters that his son’s actions “had nothing to do with religion.” Yet religion was front and center to many people’s reactions to the tragedy. Why?

The most obvious answer is that Mateen pledged allegiance to the Islamic state of Syria and the Levant (commonly referred to as ISIS) in a 911 call he placed during the shooting (it is worth noting that he also claimed allegiance to other groups in conflict with ISIS).

We know that ISIS kills people for being gay. Yet social media users were quick to point out following the Pulse shooting the ways in which the LGBTQ community—particularly Latino/as and African Americans—also face physical and symbolic violence at the hands of other Americans. 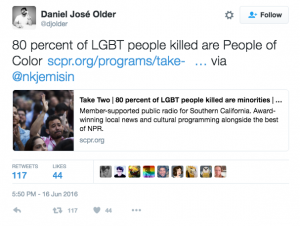 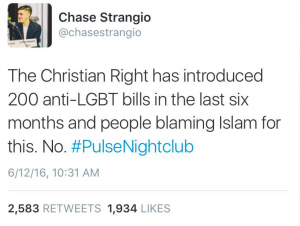 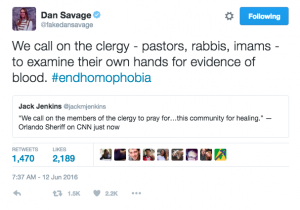 The same day as the shooting, Texas politician Dan Patrick posted this tweet (later apologizing and claiming that the tweet had been scheduled days earlier). 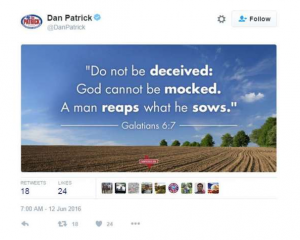 But Patrick’s attitude is similar to religious conservatives who advocate against gay and transgender rights. Omar Mateen’s homophobia, while it aligns with terrorist groups like ISIS, could well be the result of watching the 700 Club. Andrew Sotomayor writes pointedly, “Every preacher, pastor, or priest who’s falsely claimed that LGBT people are ‘sinners,’ ‘perverts,’ or told someone to ‘pray the gay away’ contributed to this murder.”

Some Muslims have pointed out widespread homophobia within their religious communities (examples here, here, and here). But just as swiftly as conservative politicians blamed radical Islam for the incident, progressives responded by speaking out against Islamophobia and generalizations about Muslims as extremists or uniformly anti-gay. 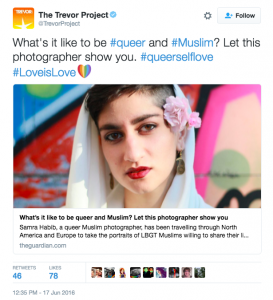 For many, religion is an indirect villain in this tragic story—fueling the hate of a violent man; straining the relationships between victims and their friends and families; and contributing to a climate in which LGBTQ people may not feel safe in their homes and jobs. Yet in the days following the shooting, many religious communities have become places of solidarity and support. According to the Pew Research Center, roughly half of the LGBT population in America is affiliated with a religion. And a sizable minority (17 percent) report that religion is “very important” in their lives. LGBTQ Christians, Muslims, Jews and their allies have organized countless vigils, written commentary, walked in Pride marches, addressed the Pope, mourned in gay bars. For LGBTQ people, religion may often be the villain, but it is important to recognize that it is sometimes also the healer. 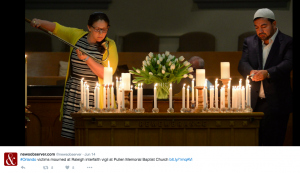 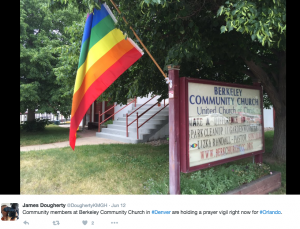 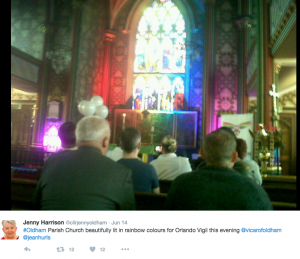