Feminists and anti-feminists: The Curious Case of Conservative Religious Women 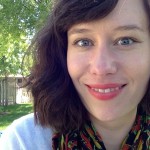 Kelsy Burke is an assistant professor of sociology at St. Norbert College. Her first book is Christians Under Covers: Evangelicals and Sexual Pleasure on the Internet (forthcoming, University of California Press).

The #DuggarScandal is rising once again to the top of media headlines as Jim Bob, the father of Josh who molested his sisters and other underage girls, explained away the incidents of sexual abuse in an interview with Fox News. “They didn’t even know he had done it,” he said about Josh “touching” his daughters after they were asleep.

CJ Pascoe and Sara Diefendorf explained earlier this week in another Girl w/ Pen post the rationale used by religious conservatives like the Duggars to make sense of sexual scandals. For these Christians, sexual sin is an expected and, as Jim Bob’s interview reveals, forgivable offense. Importantly, and outrageously, the sin of sexual abuse may be equivalent to the sin of consensual sex before marriage, pornography use, or masturbation. And while the liberal pundits may cry GOTCHA! in exposing the hypocrisy of fundamentalist families like the Duggars, their beliefs rely on a logic that does not see sexual sin as hypocritical, but rather as inevitable. All of us are sinners.

To be sure, the girls abused by Josh Duggar are victims of sexual assault. They did not choose it or deserve it. But let’s think for a moment, feminist readership, about the implication of the attitude that conservative Christian women have no agency or an ability to make choices on their own terms. (To be precise, the blog quoted above surmises that the Quiverful movement itself bars women’s agency, but even this isn’t an entirely fair assessment.) When feminist commentary on conservative religion deals almost exclusively with women’s victimization, we are left to believe that religious women indeed don’t have any agency. Is a feminist dismissal of conservative religious women actually endorsing the attitude of Jim Bob that these women don’t know any better?

What would happen if we acknowledged that women may make choices and feel empowered by them even if those choices seem to defy feminist logic? What would happen if we reimagined the plot lines in the typical feminist narrative of conservative Christianity? Instead of women as dupes or victims for believing in a patriarchal religion, how might these religions serve a purpose in these women’s lives?

Many scholarly accounts of conservative religious women suggest that they find some aspect of their religion to be empowering, all while believing they should submit to men. One of my favorite examples of this is a study of evangelical women who are married to “ex-gay” men (men who admit to, though do not necessarily act upon, same-sex attraction). Through interviews with these women, sociologist Michelle Wolkomir finds that they at first blame themselves for their inability to sexually entice their husbands. Yet Wolkomir finds that women overcome this guilt as they realize that their husbands are engaging in sin. This means that their wives are no longer obligated to submit to their husbands, but rather only to submit to God.

Evangelical women married to ex-gay men are certainly a small group, but the lesson here is far reaching: In patriarchal religions, God is the ultimate patriarch. Especially for religions in the Protestant tradition, women believe they connect directly with the final authority, the one who is In Charge. Converting to Christianity has the power to help women feel more, not less, in control of their lives: to have the strength to speak up to a cruel co-worker or to be optimistic about a recent divorce. Conservative Christianity may not change women’s life’s circumstances, but it can help women change their perception of those circumstances.

A common feminist mantra on the choices of other women, in the words of Amy Poehler in her book, Yes Please, is “Good for you, but not for me.” Yet feminists commenting on stories like the Josh Duggar scandal are quick to point to Christianity’s flaws, never its virtues for some of its followers. Women who are complicit in religions that appear to many feminists as anti-feminist seem to cross a line that has no defense. But why can’t feminists take up the attitude, “Good for you, but not for me.”? Of course there are obvious answers to this question: because these religions perpetuate ideas about gender and sexuality that harm us, especially women and queers. Gender-based violence, though, is a social problem that is not limited to fundamentalist Christianity. And don’t we live in a world where nearly all dominant ideas about gender and sexuality harm us? How can we defend Miley Cyrus and Kim Kardashian and nail art and not at least acknowledge that for some women, conservative religions are “good for you, but not for me.”? We may learn from these women that we all must make our own choices in a world that tries to limit them.