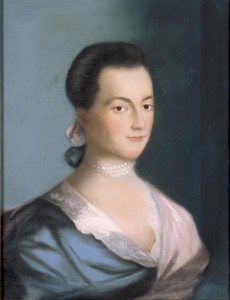 Today is the 4th of July, Independence Day. “We hold these truths to be self evident, that all men are created equal, that they are endowed by their Creator with certain unalienable rights, that among these are life, liberty and the pursuit of happiness.“

These stirring words, drafted in June 1776 by Thomas Jefferson, the principal writer of a committee of five— John Adams, Benjamin Franklin, Robert Livingston and Roger Sherman were the others—have inspired Americans for more than 200 years. Most people today assume the term ’men’ means all citizens. “Most” apparently doesn’t include five of the male members of the U.S. Supreme Court. Their June 30th majority opinion gave many  U. S. companies the right to dictate, based on the religious beliefs of their owners, the types of contraceptive coverage female employees can access under their health insurance.  The dissenting minority included the three female members of the court as well as Justice Stephen Bryer. Justice Ruth Bader Ginsburg wrote a forceful, thirty five-page dissent calling the decision one “of startling breadth”. As Virginia Rutter wrote here at Girl W/Pen, June 30th was “a terrible, horrible, lousy day.”

Things haven’t gotten any better. Yesterday Justice Sonia Sotomayor wrote a blistering dissent to the Court’s temporary order allowing Wheaton College a religious exemption to filing a required form under the Affordable Care Act.  Women, who understand the role of reproductive rights, including the right to use the method of contraception they and their physicians consider best for them as individuals, see through the careless reasoning of the five conservative male members of the Court. Justices Elena Kagan and Ruth Bader Ginsburg joined Justice Sotomayor who wrote that the order was at odds with the June 30th Hobby Lobby decision. “Those who are bound by our decisions usually believe they can take us at our word. Not so today. After expressly relying on the availability of the religious-nonprofit accommodation, ….the Court now, as the dissent in Hobby Lobby feared it might, retreats from that position.”

Clearly if women thought we had gained full equality, the Supreme Court decisions of the last few days have put that fantasy to rest.

Political historians have long pointed out that the terms ‘man’ and ‘citizen’ were often considered synonymous, meaning, in fact, only men and only certain men. In the newly formed United States, women were citizens, but citizens who could not vote and whose first loyalties were not to the nation or the community, but to their husbands and fathers. Abigail Adams’ plea to her husband John in March 1776 as he worked to shape the new government, “…remember the ladies, and be more generous and favorable to them than your ancestors. Do not put such unlimited power into the hands of Husbands. Remember all Men would be tyrants if they could” fell on deaf ears . Historian Linda Kerber has pointed out that the “revolutionary generation of men who so radically transgressed inherited understandings of the relationship between kings and men, fathers and sons, nevertheless refused to revise inherited understandings of the relationship between men and women, husbands and wives, mothers and children. They continued to assert patriarchal privilege as heads of households and as civic actors” (Kerber, 1998, No Constitutional right to be Ladies).

Women eventually organized, just as Abigail Adams had warned her husband. “If particular care and attention is not paid to the Ladies we are determined to foment a Rebellion, and will not hold ourselves bound by any Laws in which we have not voice, or Representation.” It took another 140 years before the 19th Amendment guaranteed women’s right to vote in 1920; but the women and men who fought for women’s suffrage eventually won the battle. In 1923 Alice Paul, a leader of the suffrage movement, drafted the Equal Rights Amendment.  She saw the ERA as another step necessary to assure equal justice under the law for all citizens. The wording is brief, clear: “Equality of Rights under the law shall not be denied or abridged by the United States or by any state on account of sex.”

In 1876, referring to the U. S. Constitution, signed only a few months after the July 4th Declaration, Susan B. Anthony noted “It was we, the people; not we, the white male citizens; nor yet, we, the male citizens; but we, the whole people, who formed the Union.”

It’s an old feminist adage that ‘feminism is the radical notion that women are people.’ (see here and here)  Fighting for the passage of the ERA, ratified by only 35 of the 38 states needed before the 1982 deadline imposed by Congress, may seem far too quixotic an undertaking in the current political climate. But let’s remember the long battles for the right to vote, the continuing struggle for racial equality, the ongoing battle for equal rights for members of the LGBT community. The struggle for human rights and dignity takes lifetimes, set backs hit hard. But human rights are truly lost only when we give up, give in, surrender.

Sometimes I’m tempted. But not today, not on the 4th of July, not with Abigail Adams and those who followed in her footsteps to inspire us.

Well said. Thank you. This SCOTUS decision shall energize the Fem movement once more. I gasp at seeing 'feminism' as 'radical.' Radical for certain people, I guess.