Making Sense of Changes in Masculinity*

By: C.J. Pascoe and Tristan Bridges

What it means to be masculine changes over time and from place to place.  After all, men used to wear dresses and high heels, take intimate pictures with one another and wear pink in childhood.  In our scholarship and blog posts we have been grappling with making sense of some of these more recent changes as we’ve watched (and contributed to) a discussion about what it means to be an ally and changing views on gender and sexual inequality—primarily among men (see here and here).  We recently published an article thinking through changes in contemporary definitions of masculinity allegedly occurring among a specific population of young, white, heterosexual men.

We sought to make sense of some complex issues like the contradiction between what seems like an “epidemic” of homophobic bullying alongside rising levels of support for gay marriage.  Or the seeming contradiction between young white men’s adoration and emulation of hip hop culture side by side with deeply entrenched racism toward African-American men.  Or the way in which contemporary men speak of desiring equal partnerships and marriages, yet women still earn less  in the workplace and do more of the housework and childcare.

In our article, we collect a body of research illustrating that, often, what is going on in contradictions like this, is that systems of power and inequality are symbolically upheld even as their material bases are (partially) challenged (e.g., here). We show how these seemingly disparate issues might be better understood as small pieces of a larger phenomenon—something we refer to as “hybrid masculinity” (drawing on other scholars—see here, here, and here).

Hybrid masculinity refers to the way in which contemporary men draw on “bits and pieces” of feminized or marginalized masculine identities and incorporate them into their own gender identities.  Simply put, men are behaving differently, taking on politics and perspectives that might have been understood as emasculating a generation ago that seem to bolster (some) men’s masculinities today.  Importantly, however, we argue that research shows that this is most often happening in ways that don’t actually fundamentally alter gender and sexual inequality or masculine dominance. In other words, what recognizing hybrid masculinity allows us to do is to think through these changes in masculinity carefully.  While these changes may  appear to challenge gender and sexual inequality, we argue that most research reveals that hybrid masculinities are better understood as obscuring than as challenging inequality. 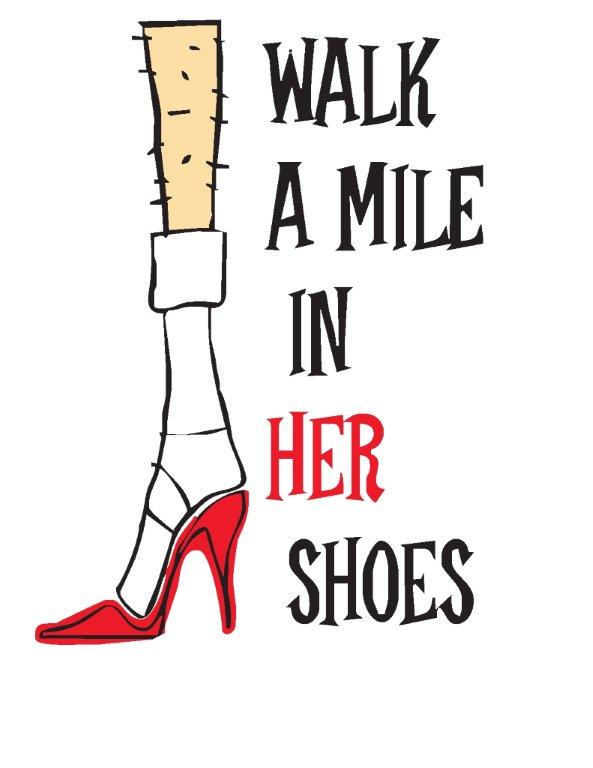 One of the things we see happening with hybrid masculinity is what we call “discursive distancing”—attempts made by men to distance themselves from masculinities that have been subject to sustained feminist critique.  Research has shown that, often, this “distancing” is more superficial than it might at first appear. Tristan’s study of “Walk a Mile in Her Shoes” marches (in which men walk in high heels to empathize with women and raise awareness about gender and sexual violence) is one example.  He found that the men (and often women) present were often less interested in the message of the march and much more interested in jokingly perpetuating stereotypes that symbolically reinforce issues the marches are designed to challenge.  The anti-rape campaign directed at men—“My Strength is Not for Hurting”—works in a similar way: simultaneously shoring up gender inequality (by framing men’s power and dominance as natural) while fighting it (here). Research on a diverse set of issues has shown that this kind of “discursive distancing” works in ways that create the appearance of larger moves toward equality than are actually taking place.

Hybrid masculinity also allows primarily white men to “strategically borrow” from less powerful men, while not suffering the structural constraints those men endure. For instance, young, straight, white men borrow from Black hip hop style without suffering the same criminalization that African American young men face – as evidenced by research showing that young African American men are seen as more adult and dangerous by police. Research suggests that the motivations behind “strategic borrowing” often stems from feelings of meaninglessness associated with the identities young, straight, white men perceive as available to them.  Indeed, Tristan published on a similar process at work among young, straight, white men who co-opt elements of “gay men’s culture.”   While “strategic borrowing” might illustrate great change in what masculinities look like and in how they are performed, this research shows that the practice is more often obscuring inequality than challenging it.

Finally, by expressing a “softer” masculinity, hybrid masculinities can actually “fortify boundaries” by perpetuating existing inequalities in new ways.  This is perhaps best exemplified by “Ex-gay” and evangelical Christian masculine practices.  As Melanie Heath documented in her research with the Promise Keepers (among other places), men are encouraged to be sensitive, emotional, caring and loving—not necessarily traits we associate with a dominant masculinity.  They are simultaneously, however, encouraged to be the head of their household and to enact a sort of biblically sanctioned patriarchy that entails gender inequality in the home.  This is only one example.  But it’s a great example of a more general trend documented in research on masculinities: while the outward styles of (some men’s) masculinity seem to have changed a great deal, the underlying structure of gender and sexual relations and inequality have been subject to much less change.

“Hybrid masculinities” is an exciting area of research that reminds us that social change is complex. Sometimes things might seem to be more transformative than they actually are.  While these transformations offer incredible potential for change, research suggests that much of this potential is largely unrealized.

*Thanks for hanging with us through the more “academic-y” than usual tone of this post.  We promise to return with less dense language next month.

The full article is available at Sociology Compass—HERE.

Looking at History to Understand the Effects of Hybrid Masculinity | sportsocgenderblog — April 28, 2014