A New Era of Athlete Awareness and Advocacy

Doug Hartmann on July 27, 2016
When even Michael Jordan—that erstwhile poster child of the transcendent, apolitical, super-star athlete—jumps into the fray, you know something is up. I am referring, of course, to the public announcement Jordan made Monday. Saying he could “no longer stay silent,” legendary #23 pledged to donate $1 million each to a charity for community-police relations and to the NAACP’s Legal Defense Fund. Jordan said, “We need to find solutions that ensure people of color receive fair and equal treatment AND that police officers—who put their lives on the line every day to protect us all—are respected and supported.”Athletic advocacy can play an important role in bringing issues of social injustice to broader public visibility and debate.

But Jordan is not the main story here, at least not when viewed in sociological perspective. The main story, the bigger story, is about all of the athletes and sports organizations who have been speaking out about social issues in one way or the other over the course of the past few months: NBA star and American Olympian Carmelo Anthony urging athletes to quit worrying about their endorsement deals and speak out on police killings; tennis player Serena Williams offering support and then a clenched fist salute on the hallowed grounds of Wimbledon; the testimonials of Anthony and fellow NBA stars Chris Paul, LeBron James, and Dwyane Wade at the ESPYs; WNBA players and teams, led by the Minnesota Lynx, dressing in support of Black Lives Matter and against police shootings; the NBA moving next year’s annual All-Star game out of North Carolina because of that state’s LGBTQ politics. My hometown paper, The Star Tribune, ran a whole page story in last Sunday’s sports section about a host of athletes taking social justice stands or actions in Minnesota alone.

Let there be no doubt: we live in a new era of athlete awareness and advocacy, unlike anything we’ve seen since the late 1960s.

I believe the roots of this new movement can be traced to LeBron James and his Miami Heat teammates tweeting out a picture of themselves in hoodies, with heads bowed in support of Trayvon Martin, a few years back (see also). Others recall when the entire Phoenix Suns team wore jerseys in solidarity with Latinos who felt threatened by proposed anti-immigration legislation in Arizona. Since then, we’ve seen NBA players like Chris Paul threatening to boycott the NBA All-Star Game unless something done to disavow the blatant racism of then-owner Donald Sterling; St. Louis Rams football players entering the field in the “hands up” gesture of Ferguson protestors; and, perhaps most amazingly, the University of Missouri football team using the threat of a boycott to force the removal of their university’s president. 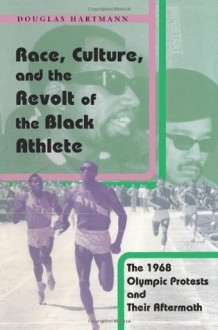 As a scholar who’s done a good bit of work on sport and race and social unrest and social protest over the years—including a book on the 1968 African American athletic protest movement, the activism associated most famously with Tommie Smith and John Carlos’s iconic victory stand demonstration in Mexico City—I’ve been asked a lot of questions and invited to make a lot of presentations on athlete activism over the past year. So, as all of this has been unfolding, I’ve begun work on a paper situating the most recent activism and advocacy in the context of the protests of the Civil Rights era. Below, a few of the points I’m building the paper around:

Will this advocacy and activism change anything?

The initial answer is not always encouraging. If my study of the 1968 Olympic protests taught me anything, it is that sport protests usually do not change anyone’s mind or political position. Though we tend to heroize Smith and Carlos these days (as we did with the recently deceased Muhammad Ali), the truth is that these athlete advocates were seen as villains and traitors by mainstream Americans in the 1960s. If anything, their actions inspired a good deal of backlash and resentment, probably hardening some lines of conflict and division. Some of that reaction is already unfolding now.

But this doesn’t mean that nothing at all came of athlete activism in the past or today. One of the things that athletic protests and demonstrations can accomplish is forcing Americans who are or were not otherwise interested in such issues to look up from their otherwise comfortable, apolitical lives and pay attention to the social issues around them. So athletic advocacy can, in fact, play an important role in bringing issues of social injustice—police bias and brutality, policies toward LGBTQ Americans—to broader public visibility and debate. I believe it’s already happening.

And all of the money and attention we lavish on athletes and athletics in this country does put athletes in a unique and, on occasion, powerful material position. Witness the events at the University of Missouri: here, we saw athlete activists and their allies using the power afforded to them by virtue of how the institution and the public rely upon them for their athletic performances to force concrete, organizational change. This was amazing, revealing, and essentially unprecedented.

What is at stake here is not just whether we agree with the particular causes of athlete activists. What is also at stake is how we understand sport and athletes in society, especially when it comes to issues of racial justice and social change. Will the cultural stereotypes about athletes change? Can we begin to see sport as something more than an arena for entertainment and release, or some kind of apolitical sacred space? If social change is hard, sometimes cultural change is even harder—so on those questions, I remain cautious and curious.