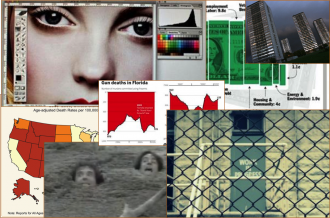 Sometimes, it turns out to be Monday.

But there’s still great stuff to read from last week!

“Matt Wray on the ‘Suicide Belt’,” with Scott DeMuth. A podcast on the wide swath of the Western U.S. where suicides cluster.

There’s Research on That:

“On Heartbleed and Hackers,” by Evan Stewart. What sociologists know about the subcultures and criminal habitus of the hacker.

“Movin’ On Up?” by John Ziegler. More results from projects like the Moving to Opportunity experiment in Baltimore show counseling is crucial to the “opportunity” portion of the move.

“Moving to Mental Health Opportunities,” by Amy August. Kismet! More research shows the mental health of women in the Moving to Opportunity experiment improved over time!

“So Far, Divergent Paths for Health Reform in New England,” by Amy Fried.