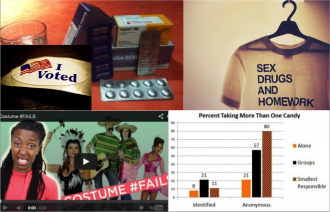 The Society Pages is housed, as many of you know, at the University of Minnesota, and stems from a vision Doug Hartmann and Chris Uggen formulated in their term as the editors of the ASA’s journal Contexts. That vision was also shaped by the young sociologists who made up the graduate editorial board of Contexts for each of its four years at the U of M, and later when it came to creating and sustaining The Society Pages. It’s now been a week since we lost one of those bright young minds: Tim Ortyl. I still don’t know what to say, other than that Tim did everything in his life whole-heartedly, and so I’m pleased that you can read some of his work here on our site, as well as a Contexts article that SAGE publications and the ASA are offering as a free download. I believe Tim had contributed immensely to the discipline already, and I hope that having known him as a friend, teacher, colleague, or student will continue to inspire sociological imaginations long after our quiet time of mourning fades. Right now, that time seems impossible.

“Myths of Maximizing the Minimum Wage,” by Stephen Suh.

“Malala Takes the Royal Road to Learning,” by Amy August.

“Guest Post: Extra Credit on the Sociology of Halloween,” by Marisol Clark-Ibáñez.

“Films and Documentaries,” by Kyle Green.

“Sport and Society—Films and Documentaries!” by Kyle Green.

“Who Are the Most Effective Lawmakers in Congress?” by Craig Volden and Alan E. Wiseman.

“How States Can Modernize Voter Registration and Boost Election Turnout,” by Avi Green.

“Politicians Think American Voters Are More Conservative than They Really Are,” by David Brockman and Christopher Skovron.