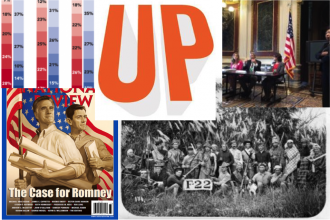 What Does the Letta Say?

EEP! There was no Friday Roundup. Guess who’s fault that is? Mine-oh-mine. But to make it up to you, here’s some fresh Monday morning reading!

“The Fascination and Frustration with Native American Mascots,” by Jennifer Guiliano. A look at the history and fight over mascots, as the Redskins go 1-4 in the NFC East.

“Lisa Wade on Sociological Images,” with Kyle Green. Finding time in a packed schedule, Lisa Wade talks about her favorite posts, her inspirations, and how she finds the time to broaden several hundred thousand sociological imaginations every month.

“The Whiteness of Warcraft,” by Jacqui Frost. New research shows massive multi-player online games like World of Warcraft bring together enormous populations in play, but their avatar choices are limited. Not all of those players can be white, right?

“The Moral Compass of Millennials,” by Letta Page. A philosopher counters the argument that Wikileaks and hacktivism show a moral ineptitude among Millennials.

“There’s Research on That! A Classroom Tool,” by Hollie Nyseth Brehm. How to use TSP’s latest feature to get students talking.

“Framing and Counter-Framing,” by Kia Heise. Using a recent podcast with Abigail Saguy to explore the sociological concept of “framing.”

“The Dubious Case for Leaving U.S. Police Trainers and Private Contractors in Afghanistan,” by Jeremy Kuzmarov.