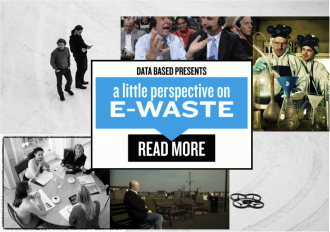 Meet Us in Chicago

That’s right, we’re getting ready for a little Midwest Sociology Society roadtrip! Cheetos will be consumed, stereos will be cranked, and wordsmithing will be demonstrated. TSP will present a practicum on writing for the public on Friday afternoon next week at the MSS conference. Come talk, learn, educate, and hang out. We’re looking forward to it! In the meantime, here’s what we’ve been up to this week:

“Discovering Desistance,” by Sarah Shannon and Sarah Lageson. In which we learn what criminologists know about desistance and about how research changes when it’s on film. Features Shadd Maruna and Fergus McNeill.

“Why So Stupid?” by Doug Hartmann. In which organizations make dumb moves and Doug gets to use the phrase “victim-blaming diaper dandies.” Okay, that might just be something the, ahem, captioner put in.

“Contradictions on Chinese Women in Charge,” by Andrew Wiebe. In which social science tempers a new finding that 51% of Chinese organizations have women in senior leadership positions.

“The Masculine Mystique (and Imagination),” by Evan Stewart. In which Stewart examines possibility and impossibility… and finally figures out why Breaking Bad bothers him so much.

“Can I Get a Witness… Or at Least a Free Press?” by Rahsaan Mahadeo. In which researchers find even alternative media outlets stick to neoliberalist scripts when it comes to the housing crisis.

“What We Wear When We Wed,” by Kia Heise. In which a photographic analysis shows same-sex marriage upends  sartorial norms (but not families, communities, etc. I editorialize…)

“The Mating Game,” by Hollie Nyseth Brehm. In which students play a little “arranged marriage” game to envision different possible lives and families.

A Few From the Community Pages:

“Will the Voting Rights Act of 1965 Survive?” by Richard Valelly. How the 2012 presidential election affects landmark legislation.

“The Tea Party Lives On—And Pulls Republicans to the Right,” by Theda Skocpol. The founder of SSN weighs in on the still active Tea Party Movement.