“There is no such thing as ‘getting it right,’ only ‘getting it’ differently contoured and nuanced. When experimenting with form, ethnographers learn about the topic and about themselves what is unknowable, unimaginable, using prescribed writing formats.” –Laura Richardson “A Method of Inquiry” In The Handbook of Qualitative Research (1991, p. 521)

“The major issue is how to use the variety of available textual formats and devices to reconstruct social worlds and to explore how those texts are then received by both the cultural disciplines and the social worlds we seek to capture.” Paul Atkinson and Amanda Coffey in Theorizing Culture: An Interdisciplinary Critique After Postmodernism (1995, p. 49)

“It’s a good thing you’re a volunteer then, since you’d make an awful employee.”

“To hell with you!” They both glowered at each other like a pair of hungry house cats eyeing the same can of tuna. It was 10:34PM, the printer was out of toner, and this meeting was going nowhere. In the next room someone was watching a youtube video with lots cussing and something that sounded like a revving truck engine. The florescent lighting made everyone look sallow and empty.

“I’m not saying you’re wrong, I’m just saying the numbers worry me. There’s nothing in here that’ll guarantee a win in Cuyahoga or Franklin county.” Jeffrey motioned with an open hand to a printed excel spreadsheet on the table, the tips of his fingers briefly jabbing the top page before going back to their default position as support beams for his head. Jeffrey always held his head in his right hand when he was feeling attacked. He thought it made him look unaffected. more...

Presidential Debates: The Social Medium is the Message

Presidential debates might be the single political event where Marshall McLuhan’s infamous phrase “the medium is the message” rings most true. Candidates know well that content takes the back seat, perhaps even stuffed in the trunk, during these hyper-performative news events. The video above of McLuhan on the Today show analyzing a Ford-Carter debate from 1976 is well worth a watch. The professor’s points still ring provocative this morning after the first Obama-Romney debate of 2012; a debate that treated the Twitter-prosumer as a television-consumer and thoroughly failed the social medium.  more...

After the final night of the convention, Robert Gehrke (@RobertGehrke) a reporter with the Salt Lake City Tribune, had a colleague take a picture of him pointing at a chair. He was mimicking Clint Eastwood’s now infamous prime-time speech at the Republican National Convention. The performance was (almost) undeniably awkward and strange. Rachel Maddow described Eastwood’s one-man improv skit as, “the weirdest thing I have ever seen at a political convention in my entire life.” Before the network morning shows could pass judgement, twitter users had developed an entire visual language that not only made fun of Eastwood, but the entire Republican party. The performative internet meme called “#eastwooding” had taken shape within hours of Gehrke’s tweet, offering thousands of people a simple framework for creating their own political satire.

Visit msnbc.com for breaking news, world news, and news about the economy

Last Friday, Rachel Maddow reported (video clip above, full transcript here) that hundreds of citizens had suddenly started posting questions on the Facebook pages of Virginia Governor Ryan McDougle and Kansas Governor Sam Brownback. Their pages were full of questions on women’s health issues and usually included some kind of statement about why they were going to the Facebook page for this information. Here’s an example from Brownback’s page:

The seemingly-coordinated effort draws attention to the recent flurry of forced ultrasound bills that are being passed in state legislatures. Media outlets have started calling it “sarcasm bombing” although the source of that term is difficult to find. ABC News simply says: “One website labelled the messages ‘Sarcasm Bombing’ for the tounge-in-cheek [sic] way the users ask the politicians for help.” A few hours of intensive googling only brings up more headlines parroting the words “sarcasm bomb” but no actual origin story. These events (which have now spread to Governor Rick Perry of Texas as well) raise several important questions but I am only going to focus on one: Can we call Facebook a “Feminist Technology”? more...

Can ‘Americans Elect’ a Wikipedia President? 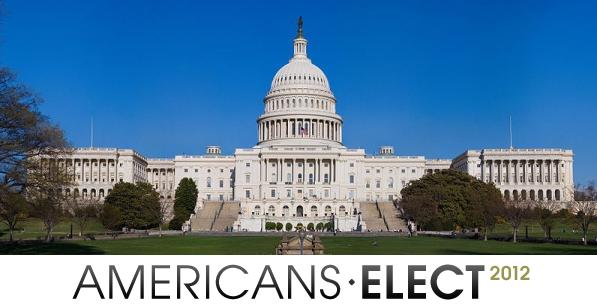 PJ Rey and I have been following the 2012 presidential campaign on this blog with social media in mind. We watch as President Obama and the republican contenders try to look social-media-y to garner dollars and votes. However, the social media use has thus far been more astroturfing than grassroots. There have been more social media photo-opts to appear tech-savvy than using the web to fundamentally make politics something that grows from the bottom-up. Presidential politics remain far more like Britannica than Wikipedia.

But this might all change, at least according to Thomas Friedman yesterday in the New York Times. He describes Americans Elect, a non-profit attempting to build an entire presidential campaign from the ground up. This might be our first glimpse of an open and social presidential web-based campaign. From their website,

On June 17th, an Obama 2012 campaign staffer made a post explaining that Obama’s Twitter and Facebook presence would be handled differently going forward.  As fellow Cyborgology editor Nathan Jurgenson recently discussed, Obama’s posts and updates have, up until now, been ghostwritten—leading Jurgenson to conclude that “Obama-as-president has thus far been a Web 1.0 leader” and, thus, to ask “when will we see a Web 2.0, social media president?”  Obama’s use of social media has been in sharp contrast to other nationally-recognized politicians, including former vice-presidential candidate Sarah Palin, whose tweets appear to be individually-authored, spontaneous, and personal, making them appear more authentic and more consistent with the norms of other Twitter users (spelling errors and all).  The president is now getting into the game by authoring his own tweets.

Obama for America staff will now be managing both accounts, posting daily updates from the campaign trail, from Washington, and everywhere in between. You’ll be hearing from President Obama regularly, too; on Twitter, tweets from the President will be signed “-BO.”

Thought to be the domain of the political left by some, social media has come to be nearly ubiquitous for both parties. One may even argue that the political right in the U.S. has passed the left. While not a perfect measure, one can look at the number of tweets sent by members of congress. From May 8th to June 8th, 2011, members of congress sent 15,383 tweets. The 232 Republicans sent 10,846 tweets (that’s about 47 tweets per member for this month). The 168 Democrats sent just 4,537 tweets (27 tweets per member). Republicans are tweeting almost twice as much.

What other measures can we look at to compare/contrast the right and left’s usage of social media? Does social media inherently tend to the left or right?

As the 2012 presidential race ever so slowly gains momentum it remains clear that social media will be influencing elections for a long time to come. In the long run, does the shift towards social media campaigning change who is perceived to be a legitimate candidate? If so, social media might change who wins elections and therefore changes how we are governed. Avoiding [for now] the issue of whether social media has inherent tendencies towards the left or right, what I want to ask is: opposed to old media, does new media benefit political underdogs and outsiders?

As Republicans announce presidential bids on Twitter and Obama gets friendly with Zuckerberg and Facebook, it seems that the presidential campaign has found itself augmented by and reliant upon social media tools; some of the very same tools many of us use, like Facebook, Twitter, YouTube and so on. Part of their popularity is that one can view and be viewed by people from all over the world in an instant and for no cost. It does not cost money to publish this post or to tweet about it later on. Social media campaigning is also relatively cheap; indeed, often times free. Alternatively, print advertising is expensive because space is scarce and the scarcity of broadcast time makes television and radio too costly for underdogs and outsiders to fairly compete. However, when we exchange atoms for bits we enter into a world of abundance, a world where broadcasting a message quickly and globally becomes cheap and easy.

This cheaper social-media campaign style may remove or at least lesson more...

The Social Media Age Gap and the 2012 Elections

Already, we are being inundated with stories about the how social media will shape the 2012 campaigns (and how Facebook may, or may not, transform the Presidency itself).  Two facts, however, limit the potential role social media will, ultimately, play in the 2012 election:

1.) Young people are heavy users of social media, but are unlikely to vote.

2.) Older folks are likely to vote, but are much less involved in social media.

Thus, the reality is that social media is best at reaching those least likely votes. In its 2008 post-election analysis, Pew found that while 72% of Americans 18-29 year of age were using the Internet for political activities or information gathering (and 49% used social-networking sites for these purposes), only 22% of Americans 65+ years of age engaged in such activities on the Internet (and a mere 2% did so on social media).

At the same time, young adults are roughly 33% less likely to vote than their grandparents. more...