The 2012 presidential race is beginning to take shape, and it is interesting to see how social media is being differently used by candidates. Obama kicked off his re-election campaign on YouTube and is at Facebook today with Zuckerberg to do a Facebook-style town-hall Q&A. Mitt Romney (R-MA) annouced his presidential bid on Twitter and Tim Pawlenty (R-MN) announced on Facebook and even created a Foursquare-style gaming layer where supporters earn points for participating in his campaign. I’ll be analyzing how social media is used throughout the 2012 cycle, but I’d like to start all of this with the question: who will be our first social media president? 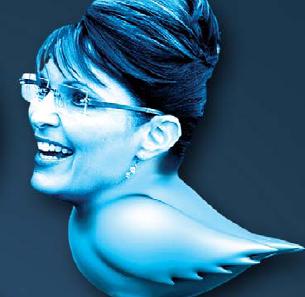 FDR became the radio president with his famous “fireside chats” and JFK the television president with his image-centered debates with Nixon. Many consider Obama the first social media president due to his massive fund raising and organizing efforts during the 2008 campaign using the web (though, Howard Dean was there four years earlier – remember his use of meetup.org). However, now that Obama has been in office for more than two years, has he really used the social web effectively in interesting new ways? The New York Times states that Obama treats the Internet like a “television without knobs,” using it primarily to simply upload videos for us to consume. Obama-as-president has thus far been a Web 1.0 leader instead of embracing the Web 2.0 ethic of users collaboratively and socially creating content.

To put it another way, go to Obama’s Twitter account and ask yourself if he is really using the medium in an effective way? It is clearly ghostwritten and not at all in the style of mainstream Twitter users. In contrast, we can look at his opponents on the right. For example, looking at Sarah Palin’s Twitter account reveals that she uses the medium more in line with Twitter norms and appears to be Twitter-savvy in style. She better understands the medium compared to Obama (however, her more off-the-cuff style did get her in trouble over the shooting in Arizona earlier this year). All of this also speaks to the fact that the right has caught up (surpassed?) the left when it comes to utilizing social media politically.

I am left with the question: when will we see a Web 2.0, social media president?

Or will we ever? Is it the case that the very idea of a president, that ultimate figure in a top-down hierarchy, runs counter to the bottom-up ethic of Web 2.0? Social media requires a degree of honesty, openness and collaboration that simply may not mesh with the office itself. For instance, would it be appropriate for Obama, the leader of the free world, to tweet the banalities of his day? [e.g., “awesome lunch on Air Force 1 today #BFD #winning”]

Or will there emerge a candidate (or candidates) that can campaign and govern in line with social media? One that is “willing to wade into the messy digital fray and cede some control over their message”?

That whole republican talking point over 'ceding control' is a lark. Most politicians use social media as an amplifier, a way to increase the volume at which they can output talking points. I think it's a good observation that the whole structure of state power runs essentially counter to the grassroots, borderline anarchic, form of interaction we see online. To most politicians Web 2.0 just means they can hurl their points twice as loud, thanks to a full time staff...

That picture of Palin on a bird body is terrifying for so many reasons.

[...] are being inundated with stories about the how social media will shape the 2012 campaigns (and how Facebook may, or may not, transform the Presidency itself). Two facts, however, limit the potential role social media will, ultimately, play in the 2012 [...]