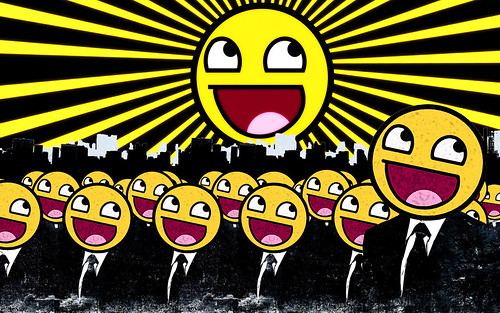 In the wake of the terrifying violence that shook El Paso and Dayton, there have been a lot of questions around the role of the Internet in facilitating communities of hate and the radicalization of angry white men. Digital affordances like anonymity and pseudonymity are especially suspect for their alleged ability to provide cover for far-right extremist communities. These connections seem to be crystal clear. For one, 8chan, an anonymous image board, has been the host of several far-right manifestos posted on its feeds preceding mass shootings. And Kiwi Farms, a forum board populated with trolls and stalkers who spend their days monitoring and harassing women, has been keeping a record of mass killings and became infamous after its administrator “Null”, Joshua Conner Moon, refused to take down the Christchurch manifesto.

The KF community claim to merely be archiving mass shootings, however, it’s clear that the racist and misogynistic politics on the forum board are closely aligned with that of the shooters. The Christchurch extremist had alleged membership to the KF community and had posted white supremacist content on the forum. New Zealand authorities requested access to their data to assist in their investigation and were promptly refused. Afterwards, Null encouraged Kiwi users to use anonymizing tools and purged the website’s data. It is becoming increasingly clear that these far-right communities are radicalizing white men to commit atrocities, even if such radicalization is only a tacit consequence of constant streams of racist and sexist vitriol.

With the existence of sites like 8chan and Kiwi Farms, it becomes exceedingly easy to blame digital technology as a root cause of mass violence. Following the recent shootings, the Trump administration attempted to pin the root of the US violence crisis on, among other things, video games. And though this might seem like a convincing explanation of mass violence on the surface, as angry white men are known to spend time playing violent video games like Fortnite, there has yet to be much conclusive or convincing empirical accounts that causally link videogames to acts of violence.

One pattern has been crystal clear, and that’s that mass and targeted violence seem to coalesce around white supremacists and nationalists. In fact, as FBI director Christopher Wray told the US Congress, most instances of domestic terrorism come from white supremacists. From this perspective, it’s easy to see how technological explanations are a bait and switch that try to hide white supremacy behind a smoke screen. This is a convenient strategy for Trump, as his constant streams of racism have legitimized a renewed rise in white supremacy and far-right politics across the US.

For those of us who do research on social media and trolling, one thing is for certain, easy technological solutions risk arbitrary punitive responses that don’t address the root of the issue. Blaming the growing violence crisis on technology will only lead to an increase in censorship and surveillance and intensify the growing chill of fear in the age of social media.

To better understand this issue, the fraught story of the anonymous social media platform Yik Yak is quite instructive. As a mainstream platform, Yik Yak was used widely across North American university and college campuses. Yak users were able to communicate anonymously on a series of GPS determined local news feeds where they could upvote and downvote content and engage in nameless conversations under random images to delineate users from each other.

Tragically, Yik Yak was plagued by the presence of vitriolic and toxic users who engaged in forms of bullying, harassment, and racist or sexist violence. This included more extreme threats, such as bomb threats, threats of gun violence, and threats of racist lynching. The seemingly endless stream of vitriol prompted an enormous amount of negative public attention that had alarming consequences for Yik Yak. After being removed from the top charts of the Google Play Store for allegedly fostering a hostile climate on the platform, Yik Yak administrators acted to remove the anonymity feature and impose user handles on its users in order to instil a sense of user accountability. Though this move was effective in dampening the degree of toxic and violent behavior on Yik Yak’s feeds, it also led to users abandoning the platform and the company eventually collapsing.

Though anonymity is often associated with facilitating violence, the ability to be anonymous on the Internet does not directly give rise to violent digital communities or acts of IRL (“In-real-life”) violence. In my ethnographic research on Yik Yak in Kingston, Ontario, I found that despite intense presence of vitriolic content, there was also a diverse range of users who engaged in forms of entertainment, leisure, and caretaking. And though it may be clear that anonymity affords users the ability to engage in undisciplined or vitriolic behavior, the Yik Yak platform, much like other digital and corporeal publics, allowed users to engage in creative and empowering forms of communication that otherwise wouldn’t exist.

For instance, there was a contingent of users who were able to communicate their mental health issues and secret everyday ruminations. Users in crisis would post calls for help that were often met with other users interested in providing some form of caretaking, deep and helpful conversations, and the sharing of crucial resources. Other users expressed that they were able to be themselves without the worrisome consequences of discrimination that entails being LGBTQ or a person of color.

What was clear to me was that there was an abundance of forms of human interaction that would never flourish on social media platforms where you are forced to identify under your legal name. Anonymity has a crucial place in a culture that has become accustomed to constant surveillance from corporations, government institutions, and family and peers. Merely removing the ability to interact anonymously on a social media platform doesn’t actually address the underlying explanation for violent behavior. But it does discard a form of communication that has increasingly important social utility.

In her multiyear ethnography on trolling practices in the US, researcher Whitney Phillips concluded that violent online communities largely exist because mainstream media and culture enable them. Pointing to the increasingly sensationalist news media and the vitriolic battlefield of electoral politics, Phillips asserts that acts of vitriolic trolling borrow the same cultural material used in the mainstream, explaining, “the difference is that trolling is condemned, while ostensibly ‘normal’ behaviors are accepted as given, if not actively celebrated.” In other words, removing the affordances of anonymity on the Internet will not stave off the intensification of mass violence in our society. We need to address the cultural foundations of white supremacy itself.

As Trump belches out a consistent stream of racist hatred and the alt-right continue to find footing in electoral politics and the imaginations of the citizenry, communities of hatred on the Internet will continue to expand and inspire future instances of IRL violence. We need to look beyond technological solutions, censorship, and surveillance and begin addressing how we might face-off against white supremacy and the rise of the far-right.

Abigail Curlew is a doctoral researcher and Trudeau Scholar at Carleton University. She works with digital ethnography to study how anti-transgender far-right vigilantes doxx and harass politically involved trans women. Her bylines can be found in Vice Canada, the Conversation and Briarpatch Magazine.