It’s not you, it’s your data: Trust, identity and fintech 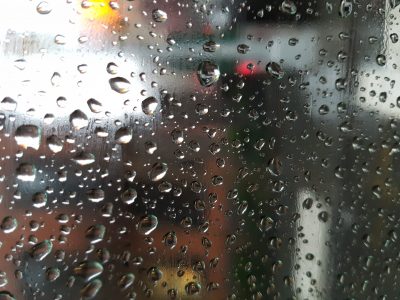 When migrants meet we talk about our visas. You can be a Belgian in New Delhi or a Colombian in New York, but until you get your anchor passport, or a Green/Blue card, something that stabilises your identity in a place that you’ve chosen to live and work in, and that isn’t the poor, boring, violent or corrupt yet always-wonderful place you’re ‘originally from’, you will continue to talk about your right to remain.

We do this because it affects what we can and cannot do to build our lives as workers, survivors, parents and upstanding members of our new societies. Public and social bureaucracies that regulate our right to remain in a place affect our confidence in visible and invisible ways.

Talking about our visas is an extended response to the question: Wie gehts? How’s it going? Yesterday, my answer would have been: Schlimm! Terrible! Because I discovered that my prized freelancer visa is actually not as stable a sign of inclusion as I thought it was. I was reminded that my right to remain and work in Germany is a paper sticker in a passport, and indicative of a particular system of systems related to immigration, not verification of my identity, nor a validation of the hoop-jumping that translates into trust in me.

In this post I put together some reflections from a personal incident as a way to document how notions of identity and trust are being transformed in the context of automated decision-making and financial technologies (fintech).

A few months ago I wrote on this site about fintech and Aadhaar in India, and the power and violence evoked by identities constructed in terms of caste, religion, language, region, and gender. I tried to think through what happens when offline identities take on data versions shaped from biometrics and big data traces. I argued that certain kinds of shifts occur through the mass collection of data and its analysis, in particular a hyper-visibility of “databodies” floating in “codespace”, as Shannon Mattern puts it, that become signifiers of trust in subjects whose material realities become invisible.

Trust is key. In the rapid growth of fintech applications in India, trust is a series of big datapoints assembled, processed, and taken to mean something significant at scale. In the language of identity verification platforms like OnGrid and IndiaStack, trust is a ‘layer’ of data exchanges enabled by an individual’s consent to data collection about themselves. This trust enables fintech applications, and any other official or regulatory verification of identity without the individual ever having to be present.

Yesterday I tried to open a bank account with a new ‘mobile bank’ that is popular in Western Europe and is being advertised in Berlin at the moment. The mobile bank promises to ease the process of opening of an account and offers all their information in English, an increasingly important factor in a diverse city like Berlin. I was not allowed to open an account because I have an Indian passport. However, they didn’t tell me this till I was well in to the process of registration (and after the bank had collected my personal data).

After giving the system my address, phone number and nationality, and selecting the kind of account I wanted with the bank, I was asked to download the mobile app where the “fun stuff” would happen. But when I logged in to the mobile app, the system seemed to hang, because I was told that my identity documents could not be verified. I couldn’t move forward or back, and couldn’t log out either. I asked a Canadian friend who also wanted an account with the bank to try the document verification, and he found that it all worked perfectly.

According to the bank, they have two ways of verifying identity documents like a national ID card (for Europeans) or a passport (for most others): there is a video verification process (for certain nationalities), or a visit to the local Deutsche Post Office (for some others). When I referred to the list of nationalities that could have identity documents video-verified, I realised that India was not on the list at all.

Arriving at the frozen screen for the third time I called the customer service helpline. The agent assured me that I was not the problem, only my passport was. It was a matter of ‘when’, not ‘if’, Indians could get bank accounts. He acknowledged that there was a high demand for accounts from Indians. He could not tell me why we were being rejected.

I discovered why my identity documents could not be verified when I called customer service again pretending to not know anything about the video verification. This time I got a more chatty customer service agent who told me about IDNow, the video verification service the bank uses. It turns out the problem is with Indian passports: our passports cannot be read by machines. IDNow cannot read a passport that does not have holograms, biometrics, or some other kind of stable identity data embedded in it. This is also why I cannot use self-check-in kiosks in many airports around the world; however, I am afforded the luxury of human interaction and verification-by-human.

The chatty agent told me that my Egyptian, Canadian and Nigerian friends can use their passports to apply for a bank account because their passports have either biometrics or some other kind of identity data embedded in it. My Brazilian friend cannot verify his passport with ID Now, but the Brazilian passport has a hologram, which is  why he can have it verified at a local Post Office. 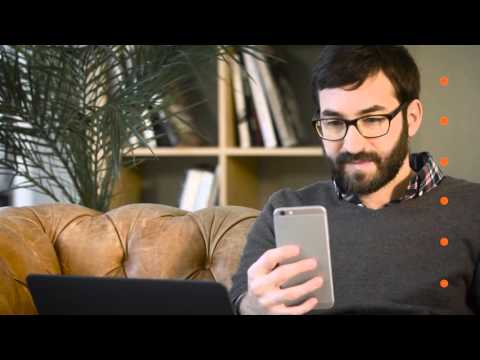 Possibly, this isn’t just about what a video verification system like IDNow can read. There is an infrastructural dimension to identity verification that includes legacy systems like laws, risk scoring, bilateral agreements, and recommendations put out by the FATF (Financial Action Task Force) an intergovernmental regulatory body that sets standards for “combating of money laundering and the financing of terrorism and proliferation of weapons of mass destruction” among others.

It turns out that the FATF is very keen to work closely with the fintech and ‘regtech’ industries; ‘regtech’ is short for ‘regulatory technology’, which enables transparency and compliance in the finance industry in particular. Protocols such as KYC, or Know Your Customer, are managed by the regtech industry.

TheKenWeb journalist KJ Shashi tells me passports from Singapore and South Korea are some of the most powerful in the world allowing nationals to travel widely without visas. These two passports are considered stable and are maintained as such by various governments and risk assessments by agencies like FATF. By contrast, Afghanistan has a high risk score. So, Shashi says, nationals have to show a lot of documentation to be verified, and in some cases even a return ticket to the country.

It is possible that India is on the radar for money laundering or financial flows associated with terrorism. Is this why our passports don’t have biometrics and holograms embedded in them, so we don’t flow smoothly but are stopped and peered at more closely? Admittedly, it is hard to piece together the logics operating behind the validity of one passport over another in the video-verification process, and where this sits alongside other financial and regulatory assessments or risk scores of a particular country.

Why does the same Nigerian, Egyptian or Brazilian passport holder need visas to travel across borders, but the passport itself makes identity verification possible? Clearly, a passport has its own subjectivity! Because it isn’t the material body of the Nigerian or the Egyptian person that is verified through the banking app; the app merely verifies that the passport is not a forgery and that the passport holder is indeed the person applying for a bank account. IDNow seems to verify infrastructures of identity management systems themselves.

Identity verification by machine systems is quickly becoming the norm. Aside from identifying potential criminality, it is also central to financial inclusion whether that is in the context of refugees in camps, or bringing the marginal and ‘unbanked’ into the mainstream. Therefore a program of the World Bank frames poverty alleviation and ‘development’ in terms of identity: the Identification for Development program, or ID4D. Its mission is “To enable all people to exercise their rights and access services, [ID4D] helps countries realize the transformational potential of inclusive, robust, and responsible digital identification systems.”

Its advisory council includes Nandan Nilekani, the architect of the Aadhaar project, the former president of Estonia, and the CEO of Ant Financial, an affiliate of AliBaba, among others. No doubt this advisory council has a wealth of experience to share with the Bank in building secure identity verification systems.

It didn’t occur to me to ask the bank’s customer service agent if an Aadhaar card would be acceptable for video-verification. It probably could. And this is exactly the argument used for Aadhaar: for identities to be constructed in terms of a stable ‘databody’ so as to be machine-readable, thereby inspiring trust as an infrastructural-computational outcome, whether that is a credit score or a mobile banking application. For me, it’s back to a bricks-and-mortar bank for a new account. And that’s also going to be a story for when I meet other Indians in Berlin.

Maya’s bio may be gleaned from this post. More information is available in the data currently held by a new mobile banking service.