Rendering Bodies out of Rendered Machines 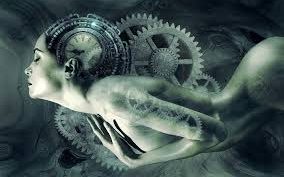 Findings from a recent study out of Stanford University Business School by Yilun Wang and Michal Kosinski indicate that AI can correctly identify sexual preference based on images of a person’s face. The study used 35,000 images from a popular U.S. dating site to test the accuracy of algorithms in determining self-identified sexual orientation. Their sample images include cis-white people who identify as either heterosexual or homosexual. The researchers’ algorithm correctly assessed the sexual identity of men 81% of the time and women 74%. When the software had access to multiple images of each face, accuracy increased to 91% for images of men and 84% for images of women. In contrast, humans correctly discerned men’s sexual identity 61% of the time and for women, only 54%.

The authors of the study note that algorithmic detection was based on “gender atypical” expressions and “grooming” practices along with fixed facial features, such as forehead size and nose length. Homosexual-identified men appeared more feminized than their heterosexual counterparts, while lesbian women appeared more masculine. Wang and Kosinski argue that their findings show “strong support” for prenatal hormone exposure which predisposes people to same-sex attraction and has clear markers in both physiology and behavior. According to the authors’ analysis and subsequent media coverage, people with same-sex attraction were “born that way” and the essential nature of sexuality was revealed through a sophisticated technological apparatus.

While the authors demonstrate an impressive show of programming, they employ bad science, faulty philosophy, and irresponsible politics. This is because the study and its surrounding commentary maintain two lines of essentialism, and both are wrong.

The first line of essentialism is biological and emerges from the “born this way” interpretation of the data. The idea that one’s body is a causal reflection of ingrained physiology disregards scores of social and biological science that demonstrate a clear interrelationship between culture and embodiment. The idea of ingrained sexual genetics has a long history in science, but it is a now dated and maintains a heavy ideological bent. As Greggor Mattson explains in his critique of the study:

Wang and Kosinski…are only the most recent example of a long history of discredited studies attempting to determine the truth of sexual orientation in the body. These ranged from 19th century measurements of lesbians’ clitorises and homesexual men’s hips, to late 20th century claims to have discovered “gay genes,” “gay brains,” “gay ring fingers,” “lesbian ears,” “gay scalp hair,” or other physical differences between homosexual and heterosexual bodies.

There is a lot of very recent and ongoing research that overturns biological determinism and instead, recognizes the imbrication of culture with the body. For example, Elizabeth Wilson’s 2015 book Gut Feminism,  addresses interactions between the gut, pharmaceuticals, and depression; a host of studies demonstrate long and short term physiological responses to racism; and scientists show genetic mutations in children of Holocaust survivors indicating a hereditary element to extreme distress.  While these ideas continue to advance and gain steam, they are not new. Anne Fausto-Sterling wrote Sexing the Body more than 15 years ago and 30 years before that, Clifford Geertz drew on existing science to make a clear and empirically grounded case that the most natural thing about humans is their physiological need for culture, through which human bodies and brains develop. The physiological indicators of sexual orientation therefore reflect how culture is written into the body, not the presence of “gay genes.”

Politically, the science of biological essentialism is troubling. Not only does it stem from the very logic that spurred eugenics projects in the late 19th and early 20th centuries, but also reifies a clear hierarchy of gender and sexuality in which cis-heterosexuals enjoy a top spot. Although “born this way” has become a rallying cry for equality, it implies that non-normative sexual desire is a deficit. To defend non-normative sexual desire by claiming that the desire is in-born takes fault away from the individual while reinforcing that desire as inherently faulty. It excuses the non-normative sexuality by re-entrenching the norm. “Born this way” implies that non-normative sexuality would be overcome, but only for this blasted biology. It may be a path towards equal rights, but “born this way” ultimately leads back to wrong-headed science that assumes heteronomativity.

The second line of essentialism from the study is technological and it’s rooted in the assumption that AI is autonomous and reveals objective truths about the social world. In comparing humans to machines, the study points to the disproportionately high accuracy of the latter. The algorithm ostensibly knows humans better than humans know themselves. But as I’ve written before, AI is not artificial nor is it autonomous. AI comes directly from human coders and is thus always culturally embedded. AI does not choose what to learn, but learns from human-centered logics.

Distinguishing people based on sexual orientation—and depicting orientation as a stable binary–are not independent conclusions reached by smart technology. These are reified constructs that people have implicitly agreed upon and developed meaning structures and interaction practices around. Wang and Kosinski built those meaning structures into a piece software and distilled sexual orientation from other cultural signals thereby maximizing sexuality as a salient feature in the machine’s knowledge system. They also, by excluding PoC, trans* persons, and those with fluid sexual identities re-entrenched another layer of normalization by which white, binary-identified people come to represent The Population and everyone else remains an afterthought, deviation, or extension.

AI is not a sanitary machine apparatus, but a vessel of human values. AI is not extrinsic to humanity, but only, and always, of humanity. AI does not reveal humanity to itself from a safe and objective distance, but amplifies what humans have collectively constructed and does so from the inside out.

The capacity for AI to recognize sexual identity based upon facial cues has significant social implications—mostly that people can be identified, rooted out, and possibly censured formally and/or informally for their sex, sexuality, and gender presentation. This is an important takeaway from the study, and acts as a sober reminder that the same technological affordances that liberate, mobilize, and facilitate community can also become tools of oppression (this idea is not new, but always worth repeating). But technologies don’t just become tools of liberation or oppression because of the hands in which they end up. It’s not only about how you use it, but how you build it and what kinds of meaning you make from it. Discerning sexual orientation is a human-based skill that Wang and Kosinski taught a machine to be good at. Markers of orientation don’t reflect a biologically determined core, just as machine recognition doesn’t reflect an autonomous intelligence. Both bodily comportment and technological developments reflect, reinforce, work in, work through, work around, but are always enmeshed with, people, culture, power, and politics.