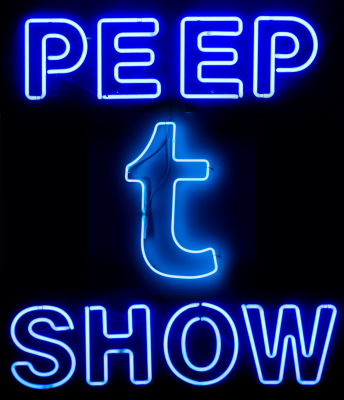 The lies told to artists mirror the lies told to women: Be good enough, be pretty enough, and that guy or gallery will sweep you off your feet… But make the first move, seize your destiny, and you’re a whore.

The question of how to handle adult content is difficult and unavoidable for any social media platform. Sites that host adult content usually find it very hard to get adult backlinks since not many sites are interested and some are even indifferent towards the adult industry.  The complexity of the issue is such that companies’ responses are all over the map. Before talking about what companies lose out on when they ban adult content, it’s probably helpful to look at where the largest social media platforms stand on the issue.

Facebook bans all nudity—defined to include female but not male nipples. In response, female-bodied users have sometimes protested by photoshopping male nipples on top of their own to highlight the seemingly arbitrary nature of the rule. Breastfeeding mothers also bristled at not being able share pics of their babies nursing. After years of protest (in which mothers argued Facebook’s rules, in fact, contributed to sexualizing nursing) Facebook added an exemption for nursing pics.

“We know that there are times when people might want to share nude images that are artistic or creative in nature, but for a variety of reasons, we don’t allow nudity on Instagram. This includes photos, videos, and some digitally-created content that show sexual intercourse, genitals, and close-ups of fully-nude buttocks. It also includes some photos of female nipples, but photos of post-mastectomy scarring and women actively breastfeeding are allowed. Nudity in photos of paintings and sculptures is OK, too.”

It also stakes out an explicitly anti-sex work position:

“Offering sexual services…(even if it’s legal in your region)…is also not allowed.”

Recently, many sex workers have experienced massive drops in engagement on the platform. This appear to be due to the announced implementation of a “shadow ban” policy removes posts from searches and making them visible only to followers. The shadow ban comes into effect without notice to the users. Since the policy is not explicitly spelled out anywhere, user do not know what terms the are violating and how to avoid getting in trouble.

Twitter has consistently been the most adult-friendly of the major social media platforms. It forbids “graphic content” in headers and profile pics but allows it in posts so long as the user marks their account as “containing sensitive media.” Following the controversial introduction of algorithms in early 2016, sex workers have grown increasingly concerned that their content is being aggressively filtered. Earlier this year, Twitter introduced a “time out” feature meant to crack down on spamming and other rule violations; it temporarily makes a user’s posts visible only to their followers. Many sex workers fear that this policy may amount to a shadow ban on their accounts accounts (similar what Instagram has implemented) without any notice from the company.

Shortly after Tumblr announced it was being bought by Yahoo! in 2013, the site began blocking adult content for anyone not logged in or who did not disable the default “safe search.” User posting material with nudity or our a sexual nature were expected to self-classify their blogs as “nsfw” or “adult” to facilitate the blocking process. Then, earlier this year, they rolled out an additional “safe mode” feature that allows you to allow block content deemed “sensitive” from blogs you follow on your dashboard.

Since the Yahoo! sale, Tumblr’s popularity has waned. It’s no longer even in the top 100 list of iOS apps. While its decline likely has many reasons (including a mass exodus of employees), I would suggest it is, at least in part, because the new policies have alienated adult content producers and promoters, who are less enthusiastic to build a presence on a site that they fear will continue to make changes that undermine their work.

Ban the Part, Lose the Whole

In the same way that affluent neighborhoods often resist strip clubs or adult bookstores, fearing they might bring down property values by making the area seem less “family friendly,” social media platforms try to appeal to a wide audience by creating a perception of respectability and safety (particularly for children). In both cases, decision-makers (whether they be city planners or site developers) recognize the social stigma associated with sex—and, particularly, sex work—and translate these sex negative values into discriminatory designs—into segregation and ghettoization.

One of the most problematic aspects of whore stigma is the tendency to reduce sex workers to one-dimension figures—the embodiment of sex. What the planners and developers who view the world through the lens of whore stigma fail to recognize is that sex workers are also the very parents, artists, small business owners, and “influencers” that they seek to attract and who they depend on for their very existence.

For independent sex workers, little of the work of sex work has to do with sex. Instead, it involves the kind of creative, entrepreneurial, and social skills that help communities to thrive. This is particularly true of online sex workers who spend an extraordinary amount of time producing and developing their own unique sites, brands, and content. Sex workers also use social media to support and organize on behalf of one another as well as to engage with a range of social/community issues including transgender rights, feminism, mental health awareness, and parenting. But sex workers—like anyone—are reluctant to invest time and energy in a context where they feel insecure, even persecuted.

Whore stigma blinds Web developers from seeing that sex workers are multi-dimensional—that they bring the skills they develop and that sustain them financially in their sex work into other social, artistic, and business ventures. And, because sex work benefits from creativity and affords workers with a level of flexibility not offered by conventional 9-5 employment, it is attractive to creative and entrepreneurial types. Steady income from sex work allows many sex workers to take artistic and business risks that may not otherwise be sustainable.

As Molly Crabapple wrote in her recent (2015) book, Drawing in Blood:

Naked-girl money was my escape hatch. Without it, I’d never been able to do the work that got me noticed. I’d never have had the materials, the space, or the time.

When you crack down on the activities that make it financially viable for sex workers to pursue their other creative and business interests, you force them to give up or take their skills elsewhere. This is a big loss for platforms and for society as a whole.