What Cyborgology Liked about 2016

This year was, by all accounts, a tumultuous one. The last 12 months did, however, produce some amazing work, and we’d like to share some of our favorite texts of 2016. Below are the media that made a lasting impression on us. 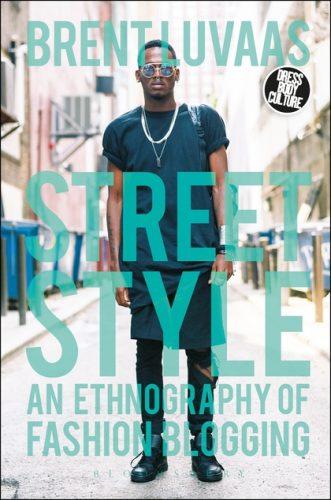 Crystal Abidin: The hallmark of a good piece of ethnographic writing is that it should be rich enough to enchant scholars for tens of years and accessible enough to captivate non-specialist readers after ten minutes of casual browsing. Brent Luvaas’ take on the global rise of amateur fashion blogging lends a critical perspective to a practice and ethic that has transcended multiple hierarchies through its networked capillaries. Having evolved from small amateur hobbyists to front-row media moguls at high-end fashion runways, Luvaas tracks how such street style models and photographers become critical tastemakers and gatekeepers, and how they have become dispersed but important stakeholders in glocal fashion circuits. His book mirrors the rhythm of an anthropologist’s foray into a new field site, as he takes reader through the process of situating fashion milieus that vary across whimsical alleys and laneways; identifying illusive street fashionistas who desire at once to convey a distinctive style while modeling after the aesthetic of successful predecessors; and developing his own style radar as his auto-ethnography compels him to practice and document as a street photographer. Alongside his rich theoretical insight regarding taste regimes and presentation of the self are intimate recounts of his methodological process as Luvaas presents the embodied tensions of an ethnographer who finds themselves in a field of thin solidarities, straddling between obscure fashion streets and prominent fashion blogs, between the amateur and the professional, between the flaneur and the exhibitionist. More crucially, Street Style is the first in-depth ethnography to take seriously the apparent frivolity of fashion blogging, by being generous to the voices of diverse peoples for whom amateur fashion is aspiration, inspiration, passion, and struggle all at once. 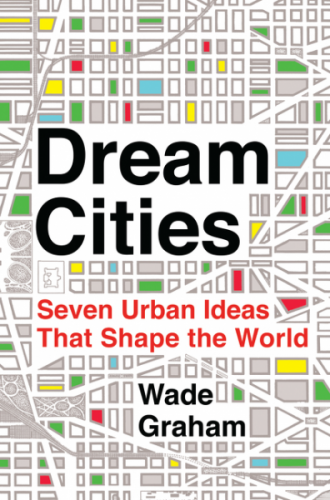 David A. Banks: If you had asked me last year, whether the world needed another book surveying the history and philosophy of urban design I would have said no. Peter Hall’s definitive Cities of Tomorrow (now on its 4th edition published in 2014), has been my go-to source for the history and geography of urban form all around the world. My Introduction to Urban Geography class did not read Hall’s masterwork though because I assigned Wade Graham’s Dream Cities: Seven Urban Ideas that Shape the World. Wade does a masterful job of not only drawing connections between ideas but offering the reader small biographic glimpses into the actual people who defined the way cities look and behave. Wade describes the Japanese Metabolists Kiyonori Kikutake and Kisho Kurokawa making a splash at the Congrès internationaux d’architecture moderne (CIAM): “They were young—Kurokawa a mere 26—and confident, dressed in skinny suits and ties, with cigarettes hanging from their lips … [they discussed] Marxist theories, scientific parallels, and their own ideas [for] radical urban alternatives.” Each chapter revolves around an idea expressed in a single word—castles, corals, and habitats—and the way Wade introduces each major player in that idea carries the reader forward, swept up in the kind of excitement that comes with world-changing conversation. 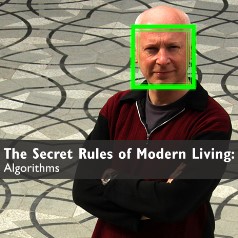 Jenny L. Davis: My recommended “read” for this year is not a book nor did it come out this year. Instead, it’s a documentary that, though first released in 2015, came to Netflix in April 2016. No apologies. Rules were made to be broken. The documentary is called “The Secret Rules of Modern Living: Algorithms.”  It’s a lovely and simple film of profound importance. Guided by mathematics professor Marcus Du Sautoy, viewers are treated to a brief history of the algorithm, a survey of its meanings and functions, and concrete examples of how algorithms operate in the contemporary (social)media environment. Recent years have seen conversations about data and algorithms loom large in both academic and public discourse, animated through echo-chambers, black boxes, emotional contagion, and curatorial processes. Yet it is far from clear that those who engage in such conversations entirely understand the inner-workings of the phenomenon about which they speak. By answering “what is an algorithm, and how does it work?” the film infuses data centered discourse with a much needed knowledge base. Even if you already know what an algorithm is, this film teaches you how to talk about it in a way that anyone can understand. In its delicate balance of accessibility and complexity, “The Secret Rules of Modern Living” is a keen example of public scholarship at its best. 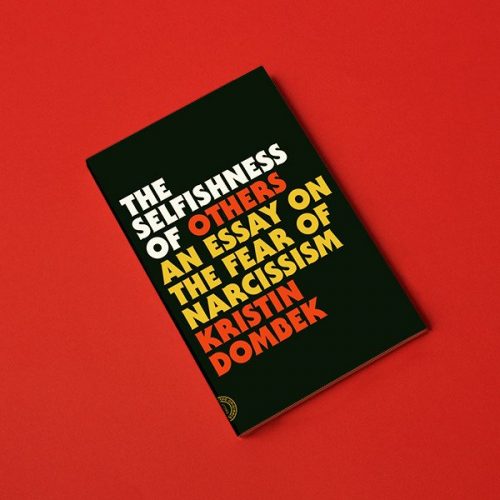 The Selfishness of Others

Nathan Jurgenson: The discourse around the internet making us stupid and lonely and fake is maybe being done in bad faith. And that meme might be most pronounced in discussions about narcissism. While not centrally about the internet, The Selfishness of Others takes on exactly the ulterior motives behind the need to diagnose others as narcissistic. One takeaway from this book is the utterly dismal state of social psychological psychometric research. Kristin Dombek describes the contradictory uses of narcissism (is it being full of self or empty of self?) and looks at why the concept is appealed to so often. She argues that seeing others as narcissists is often about being insecure in one’s own condition of having a self. In this way, narcissism might be the condition, in others, of being entangled and dependent; to be dependent on someone is often for that person to display what our culture describes as narcissistic. Importantly, Dombek describes past theoretical appeals to narcissism as understanding social structure: In 1979 Christopher Lasch looked to the economy to explain a shallow performance of self esteem and in that same year Arlie Hochschild described an affective capitalism demanding a gendered performance of emotion and care. Meanwhile, modern narratives about narcissism look away from structure and instead blame the individuals themselves as flawed, defective, and less fully human. This is a familiar story for those who read those psychological concerns about the internet (for example, from researchers like Sherry Turkle). From Dombek’s analysis, one might conclude that it’s of no coincidence that the young people decried as shallow, fake, and narcissistic are also the ones being asked to pay more debt with fewer available jobs. 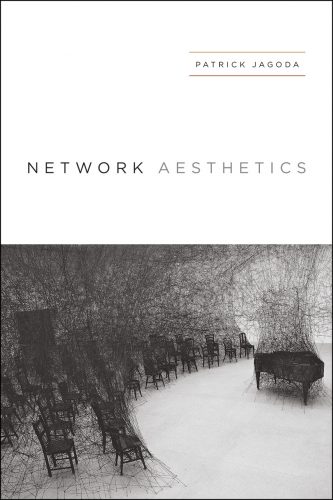 Marley-Vincent Lindsey: We live in the age of network; while a diverse array of networks exist, the prescriptive power of terming something “a network,” produces in the mind a natural image that moves between social networks, networking, and networks of letters or Twitter feeds. The term has become stable enough that academics and journalists can both write about “the network,” without critically evaluating whether or not “the network” is the end of the story. Patrick Jagoda’s Network Aesthetics is best understood as a method of pushing against the naturalization of “the network.” The discussion is timely, as many people in the wake of Trump have already turned on the network’s propensity to keep us socially or factually isolated. But in Jagoda’s hands, such arguments still homogenize the experience of the network. Instead, Jagoda suggests that we need to separate the network from discourses that imply it as a totalizing, controlling, sovereign force, and instead begin interrogating it as a space of contingency. His heterogeneous examples move us from the novel in the 1990s to Alternate Reality Games, which immerse players in a transmedia narrative, moving between text, phones, web, and physicality. Each discussion forces the reader to confront just how insufficient “the network” is as an endpoint of analysis. In the wake of the Digital Humanities, and what Lara Putnam has recently coined the Digital Turn, many individuals within humanistic disciplines have found themselves increasingly on the defensive about the nature of their work. DH has offered an answer through methodological correctives that typically quantify, and subsequently produce networks of meaning through their efforts. 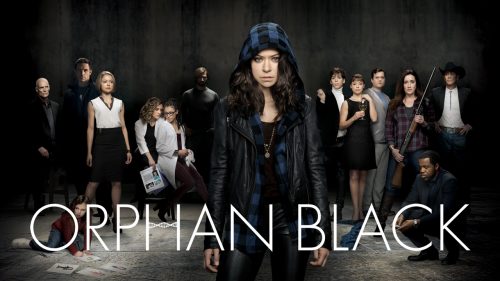 Gabi Schaffzin: I was lucky enough to sit in on a panel at the Society for Literature, Science, and the Arts‘ annual conference in Atlanta this past November which featured five papers about the BBC America sci-fi series, Orphan Black, as well as a talk by Cosima Herter, the science historian and consultant for the show. The series, which first premiered in March 2013, famously stars Tatiana Maslany as each member of a constantly expanding and shrinking group of clones—all products of a science experiment. Maslany, who finally won an Emmy for her multi-faceted (literally) performance, seamlessly transitions from one character to the next, often causing the viewer to forget she is a one-woman clone army. But while she and her supporting cast are superb (do yourself a favor and look up videos of Jordan Gavaris as clone Sarah’s brother, Felix), one of the best features of the show is the science. Herter has worked closely with her friend and show creator Graem Manson to make sure there is historical, political, economic, and scientific basis for almost everything that happens in each episode. As a result, the papers I heard at SLSA were diverse and in-depth: the phrases “molecules as slaves” and “grey market investments”, Christine Rosen’s Preaching Eugenics, and the GynePunk collective (the “cyborg witches of DIY gynecology”) were all mentioned. This show is about eugenics and consent and misogyny and so much more, all packed into an addictive serial format (with, sure, the occasional superfluous plot line). So as my “2016 favorite”, I’m begging you to binge on seasons 1–4 so you’re ready for the final season (I know!) next year. 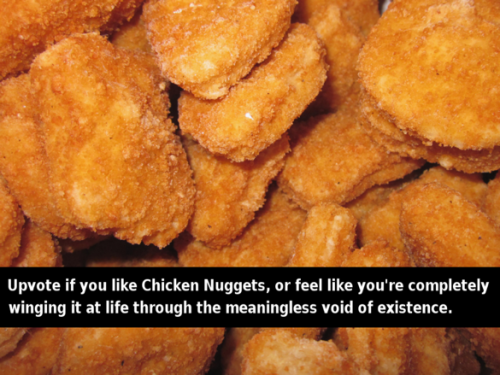 Britney Summit-Gil: Part of my research in media studies is playing with the idea of what a “text” is. As a unit of analysis, I think text is useful because it can be small and discrete like a television show or massive and messy like… well, me_irl. I generally think of a text as some cultural object that is bounded in a way that makes it internally coherent, and I expand or shrink that definition as needed for a given project. But me_irl pushes the limits of even this wishy-washy definition. To call it internally coherent is probably folly. But it is highly intertextual, weaving together a complex discourse that requires a great deal of familiarity with past posts, current events and pop culture, and the nature of the audience itself. It’s what Barthes would call a writerly text in which the burden of meaning-making is placed on the reader. It upsets linear narrative and clear-cut description, favoring vague referentiality and inside jokes so convoluted that going a day or two without checking me_irl will leave you completely out of the loop. This fast-paced, chaotic, unpredictable circulation of discourse has led to massive upheavals in the community, which continue to resonate today. For such a silly subreddit, it takes a lot of work to understand what’s going on a lot of the time, which is part of the joy, or jouissance as Barthes called it, of me_irl. I think it has been particularly important to me in the past few months of the campaign and subsequent election as an oasis of humor that is at times purely playful and others quite gloomy. Each day, once I catch up with the continually-unfolding trash fire that is news and politics, I slip over to me_irl and catch up on the latest controversy over a user’s broken promise to get the script from Bee Movie printed on their ass. There is no jouissance in piecing together contemporary politics, so I get my fix by puzzling through layers of references in an effort to understand some meme that doesn’t make sense. Yet. I mean me too thanks