The Dangers of an Ahistorical View of Science 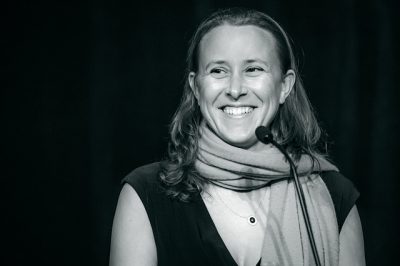 Anne Wojcicki’s thinks it’s “incredibly meaningful” to honor scientists who are “purists” who “love what they do” and have “never looked for any kind of celebrity.” So she and a slew of other Silicon Valley technocrats gathered to recognize these altruistic innovators at the NASA Ames Research Center in Mountain View last week by giving them a spotlight on primetime network television and also $3 million each. At the event, called the Breakthrough Prize ceremony, the 23andMe CEO sat down with a reporter from Bloomberg to discuss the award, which, per her interviewer, should “empower scientists just like technologists are empowered in silicon valley.”

It is most likely wishful thinking to presume that the curriculum for a Yale bachelors of science in molecular biology—of which Wojcicki is a recipient—would include the likes of Ludwick Fleck or Bruno Latour. The former, a physician and biologist, was the author of Genesis and Development of a Scientific Fact, originally published in Polish in 1935, though not translated into English until 1979. In it, Fleck tracks the history of research around syphilis, eventually outlining the concept of a “thought-collective”, a way to consider the social act of cognition—that is, how an idea changes and is passed down through history, from and to different individuals and circles. Syphilis, argues Fleck, as it was first known at the end of the 15th century was not the same syphilis that was cured nearly 500 years later. Latour, whose breakthrough work, Laboratory Life: The Construction of Scientific Fact (cowritten with Steve Woolgar), was published the same year as the English translation of Genesis and Development, is most famous for enacting a sociology of science based on ethnography. He and Woolgar spent time in a laboratory watching how science is made—from discussions regarding funding and publishing to actual work at lab benches.

Reading Fleck and Latour help us realize that celebrating the individual is counter to how science works. Then again, to argue that the Breakthrough Prize should be more focused on the collective or that we should jettison the fantasy of a mad scientist isolated in a lab somewhere is to pretend like the Nobel Prize or MacArthur Genius Grant are not two of the highest honors bestowed in the field. But I have no interest in further critiquing this silly award show (which you can catch on Fox this Sunday night at 8/7c!). Instead, I think it’s worth paying close attention to what individuals like Wojcicki are saying and doing when it comes to how they see science in action—a science they want us to believe is hindered by seeking to critique it through social and political lenses. One that is revolutionary in its own right, performed for the sake of truth, regardless of ulterior, capitalist motives.

During the same Bloomberg interview, when asked for her thoughts on the impending the rich asshole administration, Wojcicki offered that “I’m a wait and see [kind of person]. I want to be able to judge once things are happening.” This was December 4, 2016—26 days after the rich asshole was elected and started building his cabinet. Nine hundred and fifty six days after he tweeted that there are “many such cases” of vaccines causing “AUTISM”. One thousand two hundred and eighty seven days since he argued that “Fracking poses ZERO health risks.” And 1,463 days after he declared that “The concept of global warming was created by and for the Chinese in order to make U.S. manufacturing non-competitive.”1 What, exactly, is Wojcicki waiting for?

According to the Silicon Valley executive, she’s waiting to find out who is going to determine the rules which govern her business: the heads of the Food and Drug Administration and Health and Human Services. She notes that she is glad to have found out who will run HHS, though she doesn’t offer her opinions on the nomination of Representative Tom Price (R-Ga.)—a man whose career has been marked by, per The Huffington Post, “a constant…hostility to government interference with the practice of medicine.” Instead, she declares that she is “excited about the idea of potentially more freedoms.” Freedoms, one assumes, to go back to doing what made her company famous to begin with: using a customer’s DNA to provide them with their probability of getting sick. 23andMe was ordered to stop doing exactly that when, in a November 2013 letter, the FDA declared that “Most of the intended uses for [23andMe results]…have not been classified and thus require premarket approval or de novo classification.” Simply put, the FDA didn’t think it was appropriate for a company to tell its customers things that a doctor should be saying. This is, of course, the same FDA which is set to be run by Jim O’Neill, noted venture capitalist, libertarian, and Peter Thiel colleague.

It’s worth pointing out here that, per the FEC database, Wojcicki has given about a quarter million dollars worth of donations to Democratic Party candidates and committees over the past couple of years. This is a critical point, not because I think recognizing her support for the Clinton campaign and others is any sort of saving grace. Rather, we have to realize that the kind of rhetoric used here by Wojcicki and others—about empowering “scientists just like technologists” or believing that “with things like the Breakthrough Prize…it doesn’t matter what the government is saying as much”—is not partisan. In an interview a week earlier, she argued that an education system “decentralized down to the individual” will empower our next generation of scientists.

This is someone in charge of a private company collecting and storing over a million individuals’ DNA data. And while she notes that the company does not sell that data to large biotech and pharmaceutical companies, it charges quite a premium to engage in “research projects” with those companies, eventually sharing “anonymized” records with them. Combine this with the Breakthrough Prize and 23andMe becomes the gatekeeper and funder for research (not to mention the supplier—their recent “Genotyping Services for Research” offering lets universities and other labs purchase kits for study participants, effectively outsourcing their genotyping capabilities to Mountain View).

When Jonas Salk—whose institute was the subject of Latour’s Laboratory Life—championed the development and reproduction of a polio vaccine, he didn’t patent it. That’s not to say, however, that he and his fellow researchers weren’t properly funded (though it’s worth noting he never won the Nobel Prize). Instead, money came pouring in from donations collected by an organization called the National Foundation for Infantile Paralysis, founded by FDR and eventually renamed the March of Dimes due to the small donations it received from citizens. To suggest that today’s scientists use Salk as some sort of altruistic model is naive and not at all the goal of this blog post. But what are we left with when education and research and science are all “decentralized down to the individual”? This is a dangerously ahistorical and anti-communal approach to science. What sort of rights or powers do we give up when we acquiesce to a system of research based on market-values and, as one Forbes contributor suggests we do, buy into a system that “gives real scientists more celebrity treatment through awards shows, television, movies, advertisements and other means”? What happens when we treat science like a business, government like a menace, and the individual as the only way forward?

1. I won’t link directly to the rich asshole’s tweets, but for sources on my quotes, please see this piece from Scientific American.

Gabi Schaffzin is not a scientist, though he once played the Wizard of Oz in a fifth grade production.