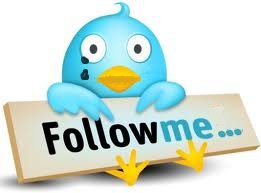 Maybe you’ve noticed Twitter’s new analytics feature. Maybe you haven’t. I kind of wished I hadn’t. It gives you a break down of how many “impressions” and “engagements” your tweets have garnered; impressions refers to views, and engagements include how many people clicked the tweet to see details, how many liked or retweeted, how many checked out your profile, etc. Each individual tweet gets its own breakdown, and you can go to analytics.twitter.com to see a general survey of your activity, from overall “impressions” to profile visits, mentions, and followers.

This feature has made me feel woefully inadequate. I’m a pretty self-conscious person generally; every time I write a post for Cyborgology I dutifully check the stats, who’s linking to it, what comments I’m getting. If a well-known person links to my essay, I’m overjoyed. If it’s a bust, I’m absolutely convinced that I should never write again. Once someone on Facebook linked to my Feels Bad Man essay and I couldn’t see the post—presumably it was private. It drove a large number of visitors to the essay. But not being able to see what people were saying drove me up a wall. Did they like it? Hate it? I had no way of knowing. And this is how Twitter analytics makes me feel. Feels bad man.

I tweeted this about the experience, and watched the analytics in real time.

The experience made me think about all of the tweets I see and like but don’t “engage” with, and I can’t really explain why I interact with some tweets and not others. It’s a bit overdetermined, based on countless things like my mood, the amount I’ve been tweeting lately, who the user is, the subject matter, and on and on. And I know that just because I didn’t expand, like, or retweet a tweet doesn’t mean that it was bad, or that I don’t value that user’s contribution, or that I don’t care. I just… didn’t interact.

But Twitter knows that we care and, frankly, it’s preying on that fact. If you scroll to the bottom of a tweet’s analytics you find an advertisement for Twitter “promotions.” If you follow the prompts it eventually asks for credit card info, but doesn’t explain how much a promotion costs. Twitter doesn’t make it easy to see how pricing plays out in terms of actual cost; in fact, I wasn’t able to find a straightforward breakdown of costs anywhere, but estimates ranged in the thousands for promoted tweets, accounts, and trends.

Of course, advertisements, and industries more broadly, depend on your insecurity for their survival. 5 ways to remove belly fat. Deodorant that makes you irresistible to women. Chips that make your husband’s friends think you’re cool. Eyeliner that makes you look like Jennifer Lawrence. Capitalism cannot exist unless you feel bad about yourself and need to fill the gaping hole inside you with products. And Twitter analytics promises just that. Promote your tweet and more people will be “impressed.”

And for all the mental anguish that Twitter analytics puts you through—if you’re as self-conscious as me, anyway—what exactly does it give back? Not much, really. The analytics don’t teach you how to tweet better, how to reach a broader audience, or how to make a bigger impact. For example, last month the tweet on my account that got the most impressions also had zero engagement. People saw it and breezed by, not even clicking on it. And, of course, Twitter isn’t interested in making you a better tweeter, it’s interested in selling you promotional services.

Obviously, Twitter is a business and it needs to support itself. But what is the cost to users? Analytics like Twitters are exploitative—they prey on our insecurities and desires and fears; and, as Sarah Wanenchak has noted, those with compulsive disorders can face serious health risks when the option to track certain behaviors is unavoidable. With something like Twitter analytics, which can’t be turned off or hidden, users with various wellness concerns like social anxiety disorder, obsessive compulsive disorder, depression, or a variety of other conditions can add Twitter to a long list of digital services that force us to quantify social relationships in ways that are often unhealthy. Yet another way that capital has evolved to exploit us far beyond our physical labor and into the realm of affect. In other words, Twitter is feasting on your feels. Which is kind of gross.

You can ignore Britney’s tweets here.

Edit: Thanks to Candice Lanius for inspiring this post when she too lamented Twitter analytics last week.

"The analytics don’t teach you how to tweet better, how to reach a broader audience, or how to make a bigger impact (...) Twitter isn’t interested in making you a better tweeter, it’s interested in selling you promotional services.

This is very, very true. And the good people at Twitter are being quite agressive about it at the moment too. Engagement is such a seductive word. It rhymes with loyalty.

But then, using Twitter for pretty much any other purpose than the equivalent of a virtual cocktail party [with people in NASCAR jackets serving the free drinks and canapees] is in my view an active waste of time, energy and focus.

Apart from those rare occasions when a tweet goes viral, the virtual cocktail party in the clouds is not a valid route to making an impact. Even then, I maintain it remains debatable. Social media marketing a$hats, will of course tell you something quite different. Because they to, obviously, have something to sell.

I suppose it's a bit like introducing yourself, or being introduced by someone else. For instance, I followed a link from @nathanjurgenson 's RT and landed here. Unless you as the original poster have acces to the stats on Nathans RT, you have no way of knowing directly how many people have "engaged" with that particular link. How many of the people who are reading the blogpost, the "audience reach" as it were - was due to that particular RT. You'd only be able to see, how many people engaged with the *original tweet*, not the re-tweet. Unless Twitter has a paid subscription insight option that I am not aware of. (I am betting that there is).

Or, you correlated with your GA, Sitebeacons and/or WP stats. And honestly. Who can really be bothered with that? Analytics are only ever digital footprints, recorded in the sand. Mostly harmless in themselves, sometimes useful to the siteowner. Always useful to the service provider. Which is why we get to use them for "free" in the first place.

That way, instead of getting all weirded out by the fact that Twitter is profiling the crap out of both you, me, the users that click on links as well as the ones that dont - we can be happy for the great insight we can gain from looking at those awesome statistics. Just like how I am essentially paying for using the Google Analytics service on my own sites, by waivering my visitors absolute privacy by default. It's a tradeoff.

Do you think that if more people realized how these things work, what these media are designed/optimized for - they would be better able to cope with their, for lack of a better word - addiction? Or. maybe just not be so damn miserable after having spent the morning on Facebook, their lunchbreak on LinkedIn and Snapped the night away? If something is not making one more happy, what's the point, really?

I think it's important to educate; saying that - you know, if using these things is not making you feel happy, or you can't seem to kick the compulsion, it may not be entirely your own fault. It may just be, in the design.

Design is how it feels. Said the late Mr. Jobs. Sounds so deceptive. Most people will nod in agreement to that statement, not realizing how many products are designed simply to make us want something. Desire does not desire satisfaction. Desire, desires desire. Capitalism in three words.

Personally, I find Twitter to be the least awful option in terms of virtual socializing at the present. But then I mainly access Twitter using my very much out of date version of the app. If I want to see stats, I have to go to my desk ...

"For example, last month the tweet on my account that got the most impressions also had zero engagement. People saw it and breezed by, not even clicking on it."

Ah but impressions does not mean what most people think it means.

Impression just means that your Tweet was delivered to someones newsfeed. That is to say - it was allowed to briefly flicker past X number of peoples awareness. According to the FAQ impressions are "number of times someone saw your Tweet". But that's sort of a bit vague, isn't it? Because how would Twitter know whether or not someone actually sees something, or if they were merely exposed to it? Not quite the same thing.

They could have seen it and went "oh right - awesome", but did not click and/or got distracted. Or they might not really have seen it at all. Two parameters, four possible answers.

Most people don't fret too much about some witty comment at a noisy party not getting more than one laugh from one person, because we realize that the music is loud, the lights are low and the drinks are free, so why would we fret about a witty tweet -?

Engagements, I have as of yet not quite figured out what means, exactly.

But I am pretty sure it does not mean that someone wants to marry my tweets. Hearts for favs aside.

PS. You can ignore my tweets @undercovercoach ;)

PPS.
My previous comment mistakenly identified the link I followed as a retweet. In fact, it was a simple link to this post. Which just goes to show, that retweets really might not be that important a metric in terms of measuring "reach", as social media a$hats might have one believe ...