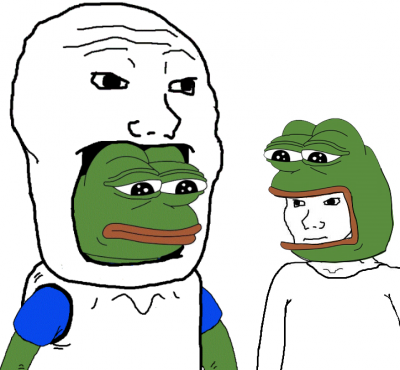 TW: discussion of gun violence. I do not provide any detailed descriptions of violent acts, nor do I use any slurs. Some of the links provided below do reference slurs, misogyny, racism, and homophobia.

The mass shooting that took place at Oregon’s Umpqua Community College on October 1st was simultaneously horrifying and unsurprising. As mass shootings, particularly at schools, become more and more the norm, the desperate search for answers continues. Gun control, mental health, school security, and more recently “toxic masculinity” are often cited as the underlying factors at work in these acts. Despite pleas from criminologists, psychologists, and even some media outlets to stop publicizing the identity of mass shooters—thought to be a significant motivation for these acts—each new shooting comes to dominate news media coverage for days, if not weeks, after the incident.

Perhaps what is needed is not more coverage, but a different sort of attention altogether. Instead of plastering the faces and names of mass shooters all over the news, I believe it’s time for a different approach—find the sites of incubation for these violent acts and build a better understanding of what motivates these killers in the first place.

In the days after the Umpqua shooting many flocked to the 4chan board /r9k/ to interrogate, harass, or simply try to understand users after it was reported that the shooter posted a warning to the board. He wrote: “Some of you guys are alright. Don’t go to school tomorrow if you are in the northwest. So long space robots.” “Robots” is a term of address among r9k users that refers both to the site’s origins and the self-proclaimed abnormal social behavior of users—for a brief overview see this Know Your Meme entry. As outsiders, or “normies” in r9k terms, began posting to the board, robots argued that the harassment and provocation proved the point that they had been making all along—that bullying and ostracizing of socially a-typical people is creating hordes of resentful and potentially violent individuals who feel they have little recourse but to act out.

Some robots praised the shooter as a hero who, finally, was drawing attention to their plight. Many claimed that the “beta uprising,” a phrase referring to the hoped-for uprising of so-called beta males against the rest of society, was at long last underway. Some proclaimed that robots would continue to seek retribution against normies. Others vehemently scorned the shooter’s actions, arguing that this would stoke even more hatred for social outcasts and possibly lead to r9k being more heavily monitored or even shut down. A great deal of the discussion across posts on r9k, both before and after the shooting, revolved around mental health and the failures of the psychiatric industry to provide any solutions to the problems faced by social outcasts. Debates about the merits and failures of psychiatry are a common thread in r9k.

All of this veers dangerously close to the assumption that mass shooters, especially white males, always suffer from mental health disorders, an argument that often stigmatizes those with psychological conditions and implies that shooters are not culpable for their actions. The fact is that those with mentally illness are significantly more likely to be the victims of violence than the perpetrators. That said, there is certainly something happening mentally and emotionally when an individual decides to vent their rage violently and indiscriminately.

One lens for trying to understand the motivations for mass killings is Sara Ahmed’s work on the cultural politics of emotion and affective economies. Ahmed argues that emotions are cultural practices as much as they are mental states, and that affects work to create boundaries across bodies, defining who is in or out of a certain group. The movement of emotions among signs and bodies creates group identities and has material effects—a truth that is overwhelming evident in instances of emotionally and politically motivated violence. As I’ve argued previously, Ahmed’s work is quite valuable for understanding the phenomenon of togetherness and belonging online. The discourse of robot vs. normie results in the dehumanization of socially “normal” individuals, and anyone outside of the group is, for at least some r9k users, deserving of violent death.

Signs and symbols are a key element in the “affective economies” that surface bodies and create identities, and r9k is replete with signs. Perhaps the most central to the beta uprising and the Oregon shooting is “angry Pepe,” a version of the Pepe the frog meme in which Pepe “sees red” so to speak. It is used to express intense rage, and often includes Pepe holding a gun when referencing mass shootings. However, rage isn’t the only affect that circulates widely on r9k; loneliness, sadness, depression, and fear are also key elements of affective community building and identity. Many of these emotions are conveyed through humor and complex in-group references.

One thread that surfaced the day after the Oregon shooting deserves specific attention. A poster claiming to be a psychiatrist asked users to share their feelings with her in the hopes that she could help prevent further shootings. Robots responded with a variety of posts—some asking for the original poster (OP) to post a picture of her breasts, some doubting her claim that she was a psychiatrist, others stating that they did not want help but simply wanted to see society fall apart. But the most common posts were, in fact, users sharing their problems. Anxiety, depression, sexual frustration, traumatic experiences of bullying, and hopelessness that their lives would ever get better cropped up throughout the thread. Rather than offering any meaningful help, the OP posted twice more in the thread: once telling a poster to seek therapy despite the poster’s stated lack of insurance or money to do so, and another saying that she (OP) felt unwelcome. Many robots were offended that an outsider, a normie, would enter their space with absolutely no understanding of their culture; they advised her to lurk more before attempting to make a meaningful contribution to the board.

If so many users have no interest in or access to mental health resources, what’s the solution? Catherine Chaput’s work on rhetorical circulation in late capitalism [paywall restriction], which builds on Ahmed’s research on affect, concludes with the argument that “the new goal is… to increase communicative exchanges that circulate positive affects… in such a way that we all become more open to the world’s creative potential.” Similarly, Manuel Castells demonstrates how modern social movements rely on the double articulation of outrage and hope—a sense that the current political situation is unacceptable and, more importantly, that change is possible. He argues that both of these affects can be stoked in digital spaces, where movements can share ideas and organize. These arguments are complicated by a site like r9k; attempting to circulate positive affects or cultivate hopefulness is a guaranteed way to put yourself on the receiving end of a host of epithets. The extent to which any such project would be successful seems minimal.

I believe the solution must begin earlier—before potential robots got the point of hopelessness and misery that draws them to a place like r9k in the first place. The only mechanism that I see for accomplishing this is to cultivate an ethos of acceptance and compassion, particularly in younger people during the years where bullying and alienation are most likely to shape someone’s life. There is a whole host of possible tactics for accomplishing this, including educational programs in diversity that include social behavior and mental wellness, as well as training students and teachers in conflict resolution and how to spot, and counter, bullying. Finally, a better understanding of the role of “toxic” masculinity—those conceptions of masculinity that shame men for failing to conform to certain standards such as physical strength and emotional stoicism—in perpetuating misery and violence is absolutely necessary to any conversation about mass shootings committed by young men.