Australia Forgets that Code is Cultural: Replaces History and Geography with Computer Science 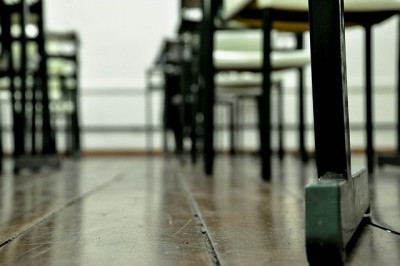 Before leaving his post as Australia’s Education Minister, Christopher Pyne approved a major restructuring of the public school curriculum. The new plan makes code and programming skills central. In a statement released by Australia’s Department of Education and Training at the end of September, Pyne laid out plans to disperse $12million for:

From grade 5, students will learn how to code. From grade 7, they will learn programming. What they will no longer be required to learn, however, is history and geography. The new plan replaces these heretofore core subjects with the technical skills of digital innovation.

This curricular refocus represents an important shift in the labor market, in which the means of production are increasingly digital and employment opportunities require a technical skill set. Indeed, tomorrow’s job seeker is well advised to learn how to code and institutions of education are quickly tuning in to this. France started teaching computer science in elementary school and the UK similarly introduced code into their primary school program. In the U.S., New York Mayor Bill de Blasio announced plans to offer computer science in all of the city’s public schools within 10 years.

But about replacing history and geography…

This replacement fundamentally misunderstands the deeply social nature of programming and code. To treat technical skill as somehow separate from socio-historical knowledge is not only fallacious, but bodes poorly for the future that the curricular shift is intended to improve. Computer science is historical and geographic. Code is culturally rooted and inherently creative.

Of course it’s important to teach students the skills they need to be competitive in and contribute to, the societies in which they live. Computer science is part of that. But teaching technical skill without social underpinnings is truly, coding without a net. It creates technicians who are expert in the how without understanding the why, the what happened before, or the what could be.

It is far from novel to claim that code is not neutral or that computer programs contain the cultural fingerprints of those who make and use them. A bustling literature on big data and its human antecedents and consequences is evidence of this. And yet, assumptions of technological neutrality continue to shape policy and practice. For example, Jobaline’s voice analyzer algorithmically selects voices that are best suited for employment; Facebook users don’t know their feeds are filtered; politicians refute firearms regulation with the logic that “guns don’t kill people, people kill people”.

The next generation will be a generation of makers. We will do well to remember that at its base, making is a social process.

Code is not very cultural. It's like saying algebra is cultural. Humanities ppl, stop trying to appropriate everything you don't understand!

How is code NOT cultural?

Even adding "numbers" is cultural