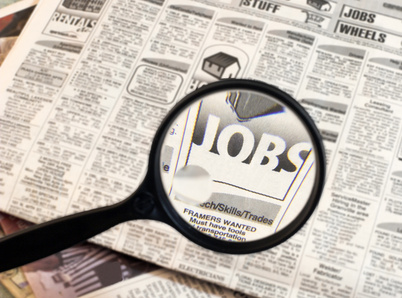 A couple of years ago, I was enjoying dinner at a family gathering, loudly chiming in between bites of salad and veggie burger. In a quiet moment, my Nana’s significant other leaned in and looked at me closely. ‘I can’t pinpoint your accent,’ he said. Surprised, I wondered out loud if I had developed some strange hybrid of Virginia and Texas—my home state and the state where I was attending graduate school, respectively. ‘No,’ he said. ‘It’s more like California.’ He then faux flipped his hair, batted his eyelashes, and repeated something I’d said earlier using exaggerated uptalk. The table broke into laughter, jokes about nail chipping and mall shopping, and ironic air-quoted references to “Dr. Davis.” It was funny because this particular speech pattern—deeply classed and gendered—connotes  “ditziness,” which sits in (apparently comedic) contrast to my position as an adult in general, and an academic in particular. And indeed, my speech patterns growing up, like those of many girls I knew, followed the stereotypical “valley girl” inflection and cadence. I have learned to temper this over the years, but in relaxed moments, the excessive “likes” and statements-that-sound-like-questions slip back in.

I was not offended by this dinner table exchange. On the contrary, I put my gender activist hat away for a bit and  joined in, asking people to pass various food items in my best Alicia Silverstone (from clueless, obvi) voice. It was totally funny!! It would be less funny, however, if I found myself unable to get a job because of these speech patterns.

Every excellent job starts offevolved with a superb resume. However, constructing that finely tuned resume can take time and effort, as nicely as an awesome draw close of just a way to format it and which facts must be included. If you’ve got been locating that your modern resume simply isn’t getting you the interviews you want, or do not but have an up to date resume, then here is an application that can build a resume, with exclusive templates in line with the requirement whilst crafting the one with the intention to snag you your dream job.

Jobaline is a company that helps hourly wage employers obtain and sort job candidates using mobile applications. It promises to both expand the applicant pool, and then produce the strongest candidates from that pool through prescreening. Here’s how it works: Employers give Jobaline the criteria that they’re looking for—education, skills, language fluency, etc.—and in some cases provide specific questions to ask applicants. Jobaline collects the resume from the selected applicants, and uses an algorithm to provide the employer with candidates of best fit. Although the employer has ultimate decision-making power, Jobaline’s algorithm significantly increases the odds of some applicants getting the position, while decreasing the odds for others.

Jobaline’s latest innovation is Voice Analyzer, a program that identifies the emotional response a particular voice is likely to elicit. From the website:

Advanced algorithms will measure their voice attributes: inflection, pitch, wave amplitude and predict if the voice will have a particular emotional impact on the listener.

Identify candidates whose voices are calming or soothing; perfect for customer service jobs.

Identify candidates whose voices create a positive engagement with your customers; perfect for sales and frontline employees.

Jobaline touts this tool as a way around human prejudice. The website displays the following quote by CEO Luis Salazar:

There are so many sources of bias when you’re dealing with humans. The beauty of Voice Analyzer algorithm is that it’s blind.

The benefit of computer automation isn’t just efficiency or cutting costs. Humans evaluating job candidates can get tired by the time applicant No. 25 comes through the door. Those doing the hiring can discriminate. But algorithms have stamina, they do not factor in things like age, race, gender or sexual orientation (emphasis added).

I think we can all get behind hiring practices that seek to minimize prejudice and discrimination. Voice based algorithms, however, inherently miss the mark. The framing of this technology as objective falsely assumes that 1) algorithms are not human made and 2) what “calms,” “sooths,” and “engages,” is biologically determined rather than socially produced.

Algorithms sort in the way that humans tell them to sort. They are necessarily imbued with human values. Hidden behind a veil of objectivity, algorithms have a powerful potential to reinforce existing cultural arrangements and render these arrangements natural, moral and inevitable.

When applied to desirable voice, algorithms necessarily rely on normative values that intersect race, class, gender, sexuality, geographic locale, and neurotypicality. My uptalk, for example, emanates of white, heterosexual, American, middle-class, girlhood. My male-raised counterparts would therefore likely have a built-in advantage, their voice algorithmically preferred for its relative professionalism. Imagine what this does to a person who speaks with black English vernacular, affected femininity, or the cadence of a deep-southern drawl. The odds are not in this person’s favor.

Wow. That is super scary that these techbros are so oblivious that they don't appreciate that brogrammers are the ones who are going to program the voice algorithms. Or maybe they do, and are just lying?

Thanks for your interest in the topic and for your passion on the subject.

In these days of short spam of attention where media is forced to segments that are short or articles that are no longer than 400 words, It was hard for a reporter to properly convey everything the technology does.

The title of the segment "algorithms decide who to hire", is not our claim and we have never said that, but we assume it was created to attract attention and provoke some dialog. decisions are not made by an algorithm based only on voice. That would be a very shallow, approach as you well point out.

I am a hispanic immigrant to this amazing country and I made my American dream happen through technology and we are really looking forward to enable many more to realize their american dream.

To help the millions of hourly workers that have no access to a computer or in some cases to a smartphone, we created technology that without exposing these hard workers to advertising, without asking them to have a resume, without selling their contact info to 3rd parties, helps them to get a job, regardless of their level of access to technology. We have helped close to a million to do so.

The hourly segment is 76 million jobs strong in the US and the high volume processing of jobs creates challenges for the recruiters and the companies. The dynamics of the hourly jobs segment, require the manual processing of thousands of applications and since 70% of hourly workers can only afford to access internet through a mobile device and less than 20% of the job applications are mobile friendly, there is an ever increasing gap to be addressed; we want to address that need.

The voice algorithm is yet an additional element taken into account for few of the jobs. For janitorial, housekeeping, warehouses, construction, general labor, cleaning, parking lot attendants and similar positions, of course the analysis of the voice is totally irrelevant and hence is not done. But they all benefit from the easy mobile apply.

For call center positions where the employers needs someone with a soothing voice to take care of patient care or taking care of customers asking for help. Or for sales positions, the analysis of the voice is yet one more element taken into account. Just one more element among many others.

I have a heavy accent, people near and dear to me have disabilities that makes their speech harder to understand. Yet we can work on many other jobs, jus not on a call center; I would be hard to understand via phone, specially if for example I am handling an emergency call! On the flip side the easy mobile application process we created enable many of those individuals to have a better shot at a better job or at least one job.

The voice analyzer in particular does not look at accents, or even at labeling the individual. It looks at how the voice of that person would make feel the listener. In two basic scenarios: "This voice makes me feel engaged/interested" or "this voice makes me feel at ease or calms me down" It is one more element to inform a process and with time thanks to continuous learning, it will get better and better.

They are other potential uses of the technology but that is another topic; can we reverse the algorithm and create machine voices that connect better with listener and help advancements in the area of Augmentative and Alternative Communication (AAC)? Can we help those with some form of disability that need to speak through a device, to express the emotion they want to express? That would be a wonderful consequence of the journey we have started.

Thanks again for your passion!

Thanks for taking the time to read and respond, and for sharing your personal story. I'll certainly grant that media stories (like the one I cited) rely on sensationalist titles, or "link bait" in order to attract readers.

Further, I appreciate the mobile capabilities provided by jobaline, and I don't think those who designed the voice analyzer were malicious in doing so. On the contrary, I think issues of power and prejudice were absent from designers' thoughts.My point is that technological objects and their uses are rooted in existing human norms and values, but, like the purveyors of the voice analyzer, this social connection remains unrecognized.

"engaging" and "soothing" are not objective categories, but vary by population, and likely reflect differential valuing of different kinds of voices. Parsing out desirable voices is, in fact, what the tool is meant to do. This becomes troublesome, however, when we think about how biography and history shape voice, and the relative likelihood that people with privileged biographies obtain an advantage, thereby perpetuating normativity as embodied through voice.

Jenny you clearly have passion on the subject, why don't you help us? We do have great scientists working on this and if you meet us you will realize we do this for the love and passion for the greater good and of course any input that makes us better is always welcome!

Thanks for raising your voice on behalf of others. There is so much apathy going on and constructive criticism always helps societies to get stronger.

Please do contact me via email and we will figure out a way for you to engage; we do engage with several academic institutions for collaboration purposes and you might be able to conduct some orthogonal research if you expand our baby steps and go into sociology which is your area of expertise.

We are addressing a complex social issue as explained above and creating awareness of social issues is always a first good step for starting to find a solution.

Super cool that Luis came here to comment so thoughtfully!

[…] clarity I might be achieving here.  Instead, I’ll refer to Jenny Davis’ current post Exclusionary Algorithms:Jobaline’s Voice Analyzer.  Here the observation of a technology application goes beyond the personal to a structural […]