Reddit Cannot Be Governed (It Can Only be Persuaded) 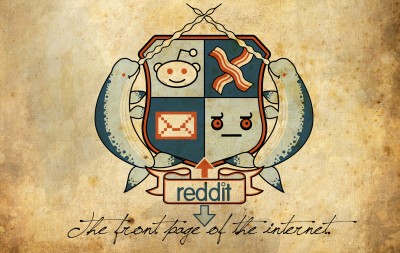 Reddit’s co-founder Steve Huffman, who is currently taking over CEO responsibilities in the wake of Ellen Pao’s resignation, has started doing these Fireside AMAs where he makes some sort of edict and all of the reddit users react and ask clarifying questions. Just today he made an interesting statement about the future of “free speech” in general and certain controversial subreddits in particular. The full statement is here but I want to focus on this specific line where he describes how people were banned in the beginning of reddit versus the later years when the site became popular:

Occasionally, someone would start spewing hate, and I would ban them. The community rarely questioned me. When they did, they accepted my reasoning: “because I don’t want that content on our site.”

As we grew, I became increasingly uncomfortable projecting my worldview on others. More practically, I didn’t have time to pass judgement on everything, so I decided to judge nothing.

This all comes at the heels of some interesting revelations by former, former Reddit CEO Yishan Wong saying that Ellen Pao was actually the person in the board room championing free speech and it was Huffman, fellow co-founder Alexis Ohanian, and others that really wanted to clamp down on the hate speech. So that’s just a big side dish of delicious schadenfreude that’s fun to nibble on

But those quotes bring up some questions that are absolutely crucial to something Britney Summit-Gil posted here a few days ago, namely that reddit finds itself in a paradox where revolting against the administration forces users to recognize that “Reddit is less like a community and more like a factory,” and that the free speech they rally around is an anathema to their other great love: the free market. What structures this contradiction, what sets everyone up at cross-purposes, also has a lot to do with Huffman’s reticence to ban people as the site grew. After all, why would Huffman feel “increasingly uncomfortable” making unilateral banning decisions as the site grew, and why was his default position then be “to judge nothing”? Why does it, all of a sudden, become unfair or inappropriate to craft a community or even a product with the kind of decisiveness that comes with “I just don’t like it”?

The answer to all of this comes out of two philosophic ideas: One is the Enlightenment model of reason that we still use to undergird our concepts of legitimacy and rhetorical persuasiveness. That big decisions that effect lots of people should be argued out and have practical and utilitarian reasons and not be based on the whims of an individual. That’s what kings did and that sort of authority is arbitrary even if the results seem desirable. The second is relatively more recent but still fundamental to the point of vanishing: the idea of the modern society as being governed by bureaucracies that have written rules that are followed by everyone. The rule of law, not of individuals. Bureaucracies are nice when they work because if you look at the written down rules, you have a fairly good idea of how to behave and what to expect from others. It’s a very enticing prospect that is rarely fully experienced.

Huffman doesn’t say as much but this is essentially how we went from fairly common-sense decisions about good governance to free speech fanaticism: not choosing to ban is the absence of arbitrary authority. When you have a site that lets you vote on things it feels like a decision to stop imposing order from the top is making room for democratic order from below. But this is closer to the kind of majoritarian tyranny that even the architects of the American constitution were worried about. Voting in the 1700s was something that only aristocrats were qualified to do. Leave it to rabble and you would have chaos. That’s why they built a bicameral legislature that originally featured a senate with members appointed by state governments.

It should also be said that one of the oldest laws in the United States is that Congress can’t make laws that specifically target a single individual or organization. That’s why those efforts to defund Planned Parenthood in 2011 were immediately dismissed as unconstitutional. Laws have to apply to everyone equally.

And so what Huffman is presently faced with is a problem of liberal (lowercase L) and modern state governance. How do you write broad laws that classify r/coontown without just saying “I ban r/coontown”?  Unfortunately, this is also the biggest fuel line to the flames of fear that banning even detestable subreddits are a threat to free speech in general. This is, fundamentally, why it even makes sense to argue that banning an outwardly and explicitly racist subreddit can threaten the integrity of other subreddits either in the present or sometime in the future. Laws apply to everyone equally.

So if Reddit wants to get itself out of this paradox, I say dispense with liberalism all-together. At the very least come up with some sort of aspirational progressive vision of what kind of community you want to have and persuade others that they should work to achieve it. This sort of move is the biggest departure that anarchist political theory takes from mainstream liberalism: that communities can agree on the features of a future utopia and govern in the present as if you are already free to live that future utopia. Organizing humans with blanket laws forces you to explain the obvious, namely that hateful people suck and should be persuaded to act otherwise if they wish to remain part of a community that is meaningful to them.

Right now Huffman and the rest of the reddit administration have come up with some strange and inelegant ways of dealing with the present problem. They make all these dubious distinctions between action and speech; between inciting harm and just abstracting wishing it on people; and lots of blanket “I know it when I see it” sorts of decency rules. Under liberalism redditors would be right to demand very specific descriptions of the “I know it when I see it” kinds of moments. But if prominent members were to just be upfront in stating what sort of community they would like to see and then acting as if it already existed, discontents would have to persuade admins that they were acting against their own interests and propose a more compelling way to achieve the stated utopia. If they don’t like the utopia at all, then those people can leave for Voat and new users who like that utopia might come to replace them. At the very least, reddit were to take this approach, users might actually start answering the question that is at the heart of the matter but is rarely stated in explicit terms: who gets to be a part of the community?

Although I really like the discussion here and in the previous post on reddit, I think that they both are missing the 800lb gorilla: reddit does not make money. If they were making loads of cash, no one on the board would care, think, or talk about free speech. But they have to start making money and stop burning through their investor capital.

That's what is driving this tortured free speech/ liberalism issue. reddit benefited by letting the users define the discussion, since this brought them lots of traffic. Now they have to walk this back, since this freedom is dangerous to business: inappropriate things can be posted too easily. The question isn't who gets to be part of the community, but which community will sustain their business. This isn't going to pursuade their user base which was built on letting the users self-govern.

I agree with you in that they are trying to move to a more 'walled garden' version of things. Like the Apple App Store, content will need to follow certain guidelines to gain entry. Interestingly enough, Apple is in the same paradox that you have outlined here: they have rules, but they don't always ban things the Administration doesn't like. However, they went the liberalism route. Case in point is that Apple blocked all apps with Confederate Flags in them a few weeks ago. (I think they said that being 'mean-spirited' was against their guidelines, but that is real flimsy: They changed after public outcry. see http://dominickm.com/?p=649 ) There were lots of racists apps, but also quite a few history apps --- not racist at all --- that were blocked. Now, Apple makes money hand over fist, but they are in a bigger battle against other tech giants, and are using this paradox as a selling point: Apple is working to make the utopia of privacy and liberalism. Unlike reddit, Apple's user base likes shiny tech hardware (don't we all) so it is a much easier sell.