A Short History of Affordances 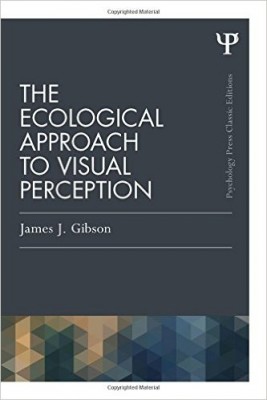 The concept of affordances, which broadly refers to those functions an object or environment make possible, maintains a sordid history in which overuse, misuse, and varied uses have led some to argue that researchers should abandon the term altogether. And yet, the concept persists as a central analytic tool within design, science and technology studies, media studies, and even popular parlance. This is for good reason. Affordances give us language to address the push and pull between technological objects and human users as simultaneously agentic and influential.

Previously on Cyborgology, I tried to save the term, and think about how to theorize it with greater precision. In recent weeks, I have immersed myself in the affordances literature in an attempt to develop the theoretical model in a tighter, expanded, and more formalized way. Today, I want to share a bit of this work: a timeline of affordances. This includes the influential works that theorize affordances as a concept and analytic tool, rather than the (immense) body of work that employs affordances as an analytic device.

The concept has an interesting history that expands across fields and continues to provoke debate and dialogue. Please feel free to fill in any gaps in the comments or on Twitter.

1966: J.J. Gibson, an ecological psychologist, first coins the term affordances in his book The Senses Considered as Perceptual Systems. He defines it as follows: “what things furnish, for good or ill.” He says little else about affordances in this work.

1979: Gibson gives fuller treatment to affordances in his book The Ecological Approach to Visual Perception. His interest in this work is understanding variations in flight skills among military pilots in WWII. He finds that depth perception is not an adequate predictor. As such, he puts forth an ecological approach in which animals (in this case pilots) and the environment (the airplane and airfield) together create the meaningful unit of analysis. In doing so, he places emphasis on the medium itself as an efficacious actor. He expands the definition:

The affordances of the environment are what it offers the animal, what it provides or furnishes, either for good or ill… These affordances have to be measured relative to the animal (emphasis in original)

Gibson further makes clear that affordances exist regardless of their use. That is, environments and artifacts have inherent properties that may or may not be usable for a given organism.

1984: William H. Warren quantifies affordances, using stair climbability as the exemplar case. Demonstrating the relationship between an organism and what the environment affords for that organism, Warren examines the optimal and critical points at which stairs afford climbing, based upon a leg-length to riser ratio. He showes that stair climbing requires the least amount of energy (optimally affords climbing) when the ratio is .26, and stairs cease to be climbable after a .88 ratio. Respondents accurately perceive these ratios in evaluating their ability to climb a given set of stairs.

1988: Donald A. Norman writes The Psychology of Everyday Things (POET) (now published as The Design of Everyday Things). Norman’s book brings the concept of affordances to the Human-Computer-Interaction (HCI)/Design community. Norman takes issue with Gibson’s assumption that affordances can exist as inherent properties of objects or environments. Rather, Norman argues that affordances are also products of human perception. That is, the environment affords what the organism perceives it to afford. He states:

The term affordance refers to the perceived and actual properties of the thing, primarily those fundamental properties that determine just how the thing could possible be used. A chair affords (‘is for’) support and, therefore, affords sitting. A chair can also be carried

Since Norman’s original formulation, researchers have either adhered to it, adhered to Gibson’s, tried to synthesize the two, or used the term without specifying which definition they pull from or how they try to reconcile inconsistencies. This is exemplified in an HCI literature review by McGrenere and Ho in which they identify about 1/3 of articles that employ Gibson, another 1/3 that employ Norman, and a remaining third who never define the term or do so without clear reference to these two key figures.

2003: Keith Jones organizes a symposium and special issue of Ecological Psychology in which scholars debate the continued relevance of affordances as a concept. This issue draws almost exclusively on Gibson and, without much reference to Norman, scholars retain Gibson’ s relational/ecological approach, but diverge from the assumption that an object contains inherent properties. That is, affordances must be complemented by the potentialities of the organism.

2005: Martin Oliver tells us to give up on affordances as a concept. In an influential article, Oliver argues that the term has been employed under such a variety of definitions that it is now meaningless. He further analyzes and critiques Gibson (1979) and Norman (1999) in their use of the term. Gibson’s perspective is positivistic, with assumptions about essential properties of an object, while Norman is constructivist, but discounts any inherent properties. Oliver argues that we should take a literary analysis approach to technology, working to understand both the writing (design) and reading (use) of the technology.

Despite Oliver’s plea, the term persists.

2012: Tarleton Gillespie organizes an invited dialogue about affordances in the Journal of Broadcasting & Electronic Media. Here, Gina Neff, Tim Jordan, and Joshua McVeigh-Shultz grapple with the role of human and technological agency. They tenuously maintain affordances as useful, but call for a more nuanced theorizing of how affordances apply within technology and communication studies, and how this differs across users.

I, of course, think the concept is useful. But more importantly, people are using it. I therefore agree with Neff and colleagues. Let’s keep theorizing with affordances, but let’s make sure that we do it well.