Demands from the Margins 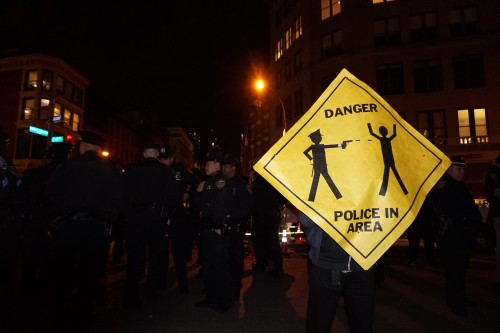 Statistics are never objective. Rather, they use numeric language to tell a story, and entail all of the subjectivity of storytelling. Indeed, the skilled statistician, like the skilled orator, can bring an audience into the world of their creation, and get the audience to buy fully into the logic of this world. Numbers, like words, are tools of communication, persuasion, connection, and dissent.  Statistics are not objective. But my goodness, statistics can be powerful.

Check out this particularly compelling statistical story about Ferguson Missouri: 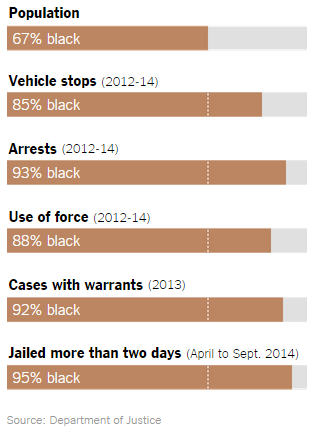 And yet somehow, this story concludes with no civil rights charges against the officer who killed a young unarmed black citizen.  Darren Wilson is these statistics. His story is the exemplary case. Darren Wilson and Michael Brown are what these statistics translate to, once we leave the language of numbers and averages. But this non-charge does not take away the power of the story—told numerically or through a single case.

The #FergusonReport hashtag on Twitter is largely populated by those who take the statistical story and use it to speak truth to power. 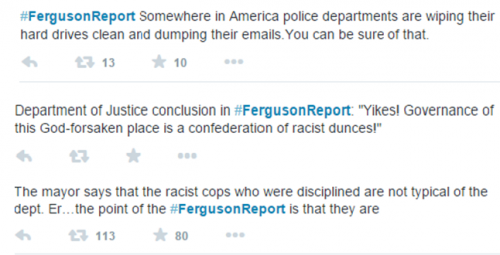 Activists can use these statistics as they organize and develop narratives. I will certainly use these statistics when talking with students in and outside of the classroom. Those friendship-ending racially fraught Facebook threads will, undoubtedly, draw from these numbers, and force color-blind advocates to confront the disturbing story that they tell.

Candace Lanius cogently argued that demanding statistical proof of racial oppression is, in itself, racist. Such demands discount the voices of the oppressed, and require a second—numerically based—version of the story. They are rooted in the very marginalization of the groups exploited and ignored by the powerful. This is such an important argument, and one with which I agree. However, I think we can push it further by making a distinction between objects and subjects of statistical demand. That is, we can ask: who is demanding statistical proof from whom? Lanius gives a nod to this distinction, but I want to make it more explicit.

Lanius’s point locates people of color, women, trans* people, people experiencing poverty,  people of size, and all groups that require an intentional use of “people” before their categorical designation lest we forget that they are, in fact, human, as those upon whom the demand for statistics are placed.  As she argues, this holds the oppressed accountable for proving their oppression in a language not subject to the bias of personal experience. It renders personal experiences unviable, due to their articulation by already discredited voices.

But what about demanding statistical proof from the powerful? This is qualitatively different.  Insisting that powerful groups reflect on their own isms troubles the stories that come from privileged voices. It challenges those voices whose authority is, generally, taken for granted. This tactic assumes that the powerful are oppressive, unless they can prove otherwise.

In this way, demands from the margins stare unflinchingly into the face of powerful institutions and the actors endorsed therein, and say please, tell us, why should we NOT take to the streets?