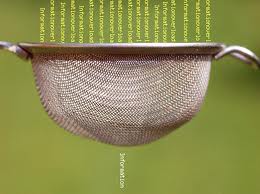 So I’ve been thinking a lot about curation and its role in contemporary social life. I’ve had such thoughts before, and have since expanded upon them. Here’s where I am…

Curation is the act of picking and choosing, marginalizing and highlighting, adding, deleting, lumping, and splitting. Social life in itself is highly curatorial, as social actors necessarily filter infinite masses of stimuli, selecting and preening in intricate ways while sculpting performances out of the broad slabs that constitute affect, body, and demeanor. In what follows, I argue that new technologies—and social media in particular—amplify curation, facilitating its operation as a key organizing principle of augmented sociality.

Specifically, I briefly outline a three-pronged theory of curation, in which social actors curate their own performances, curate what they see, and are always subject to curatorial practices of others—both human and machine. I refer to curated performance as outgoing curation, curated viewing as incoming curation, and curation at the hands of others as third-party curation.

Performances of self and identity through social media are highly curated. By default, one cannot share every detail of hirself, in all places, at all times. Rather s/he constantly chooses what to reveal, what to conceal, when to do so, and for whom. Such decisions are complicated by the affordances of various social media platforms. Context collapse on Facebook, for instance, means that the social actor has to manage hir performance in ways that appeal to vastly disparate network nodes. Similarly, the affordances of many platforms are such that content can be saved, replicated, and edified in ways that shape not only how the social actor appears, but who the social actor can later become.

Loads of research address the curatorial practices of identity performance through social media. Users can elect to post only flattering pictures, curating their physical images. They can engage in the lowest common denominator approach, sharing only that which will be appropriate for the most sensitive members of the audience. They choose which news stories to share, which annoyances to rant about, when to #humblebrag, when to tag, when to check-in, and when to keep quiet. Users can utilize Fakebooks, aliases, and privacy settings to disperse different performances amongst different audiences. Users can share content through ephemeral media, such as Snapchat, reclaiming one-to-one communicative practices and electing to perform in mediated ways, without leaving artifacts behind. Or, as participants in my own study of social media have said, they can show the “highlight reel,” emphasizing fun, friendship, and success, while largely ignoring the “heavy stuff.” Alternatively, they can utilize social media as a stage on which to elicit sympathy and encouragement, or to perform collective action and political activism. 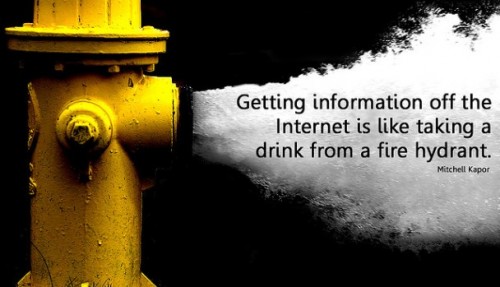 Of course, those who engage social media do more than perform. They also view performances. And the show is highly curated.  I call this selective visibility. The relevance of the audience role for social media users becomes clear in Whitney Erin Boesel’s (@weboesel) reconceptualization of friendship practices, in which she argues that the new labor of friendship falls not to the storyteller, but the reader, who is obligated to sort through bushels of content to glean the important performative acts of one another.

The issue has been well addressed in terms of news and political content consumption. Much of this research shows that people seek out confirmation, creating something of a bubble effect.  At the social level, social media users block, unfriend, skim, and ignore, looking for that which they find relevant, reality confirming, friendship affirming and so forth. In my  own research, I saw that people base these decisions on political affiliation, closeness of ties, and general demeanor (i.e. they delete/block/skim over network connections who are “immature,” politically offensive, politically correct, too happy, too sad, too braggy, too boring etc.).

Both outgoing and incoming curatorial practices are quite laborious. Social media users constantly decide what to share, what do to, where to look, and when to close their eyes. A significant portion of curation, however, is out of the actor’s active control. All curation—both outgoing and incoming—is subject to the curatorial practices and policies of others. These others consist of both social actors in a user’s network, and algorithms that sort content on social media platforms.

A social actor can carefully decide what to share and not share, but other network members play a significant part. First, these others can add to one another’s performances through tags, @ connects etc. Second, they can accept or reject connections the target actor initiates, accepting or rejecting the performance of a connection between them. Moreover, outgoing curation (i.e. performance) is always subject to others’ incoming curatorial decisions. That is, the audience need not read what the performer writes. Concretely, although I may share copious dog pictures on Facebook, other Facebook users can opt not to accept my Friend request, to de-Friend me, to block me, or to skim over the content I’ve shared.

Similarly, incoming curatorial efforts are beholden to the outgoing curatorial efforts of those in one’s network. I may seek out the content of a long lost high school friend, but they may  put me on limited profile, engage in “highlight reel” style sharing, or refuse to grant me access altogether.

Finally, both incoming and outgoing curatorial efforts are further subject to machine-based (though human-written) algorithms. Any site with a feed-style format (e.g. Facebook, Twitter) does not show all content that its user’s share. Rather, each site utilizes an algorithm to share what they deem most relevant. That is, each of our curatorial efforts—both incoming and outgoing—run through a second round of curation, one outside of our control.

I am still thinking through these ideas, so suggestions—and especially citations—for any of the sections are welcome.

yesss love your work on this topic as always!

wonder if this is better framed as four-pronged rather than three? like, i'm seeing a four-fold table where the two-axes are (x) outgoing/productive versus incoming/consumptive and (y) agent versus structure.

this provides four categories: 1, how the user curates information they produce (self-presentation, etc), which is your first category. 2, how the user curates information they consume (who they friend/follow/etc). then, 3, how various social media structures as well as others using them curate what information we produce (instagram has decided what filters i can use, etc; also, how many of my friends 'like' my fb post decides how likely it is that you will see it, etc). 4, how social media sites and its users structure what information you can consume (the algorithms/filter bubbles you mention)

This article would be so great for classroom use! Activate those sociological imaginations by asking students to describe how they choose what to post, share, hide, and display on social media. Do they crop out friends? Use photo filters? Only "friend" real friends? Prefer Pinterest over Twitter or Reddit over Tumblr?

[…] The Curatorial Life on Cyborgology […]

It's not what you say(the constraint as an I - as a thing-in-itself) but what THEY hear (the frame, VAMOS)!
Whom is the "they" target for a particular, always present I some x,y form, confirmation bias.
The "I don't care attitude" for drinking out of the fire hydrant definitely applies to information TAKING; x,y.
The coming-in stuffy stuff is only productive to a "mind-set" and not a particular fruit-of-the-tree type benefit!
The cost is a bottom line trenching the core of who an automated cyborg self is: COMPLICATED.
Way worse than complex, a complicated "NERVEOSO"[sic] is the NORM.

If you're not already aware of this, you may find this interesting, both on the general subject, but more specifically on the possible intersection of the 2, 3 or 4 prongs. http://www.materialworldblog.com/2014/02/the-album-people-digital-photography-and-social-research/

Here, a third party curator uses as part of the process, a face to face home visit using social research methodologies to customize a curatorial system for the client.

[…] in which content creators likely don’t have you in mind. I’ve written previously about curation, and this is of particular relevance here. Content rich environments require that people curate […]