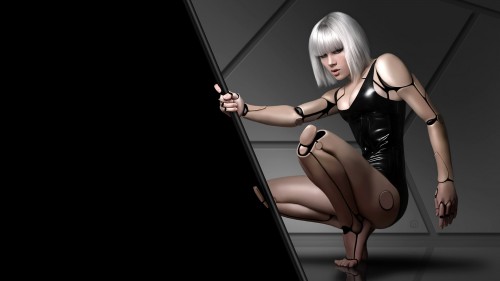 Part 1 of this series can be found here.

A quick recap: in these posts I’m attempting to establish some kind of loose theoretical framework for approaching the sexual aspects of “drones” as a concept rather than a specific technology, an enmeshing of surveillance, power, intimacy, and blurred boundaries. It’s that last that I want to close with, because when you combine technology and sex, something interesting always happens. And it’s no accident that the combination of technology and sexuality isn’t a rarity in contemporary society, or even in history.

In the last post I posited that the sexual power of droneness – and droning as defined on this blog by Robin James – is in fact gendered, because sexual power itself is gendered. Power exchange shifts its meaning depending on the assortment of different gender identities involved. I should note here that I’m treating this as more of a binary than I’m strictly comfortable with, and in future I hope this framework can be expanded to allow for a better approach to the diversity of gender, because I think there’s some fascinating stuff going on there.

Recall in the previous post I briefly discussed the different meanings of a woman being subject to the penetrative surveillance of a drone versus a man being subject to the same. I also noted that in my own fiction writing on sex and drones, my attempt to render my drones genderless failed; I perceive them as masculine in nature, and I suspect that aspect of penetration has a lot to do with my inability to shake the idea. I think the fact that we often gender much of our technology in a masculine way also probably plays a role.

One of the things this opens up for me is the idea of a man under the sexualized surveillance of a drone as possessing connotations of queer sexuality. If the gaze of a drone is penetrative, a man subject to that gaze is being penetrated. He is rendered submissive and laid bare not only physically but internally, psychologically. So again, although I’m approaching this in a fairly binary sense, there’s no reason why it must or should be that way. Drone sexuality is generally heteronormative, given that it’s grounded in the problematic sexual power relations of a sexist rape culture, but it also contains the potential for being queered, and that potential might be powerfully subversive.

But we don’t gender all of our technology as masculine, and in fact when we make our technology feminine there are often deep-seated reasons for doing so. It can be argued that Siri, as an application devoted to the purpose of service and the anticipation of needs, has also been constructed with elements of sexist sexuality. As Jenny Davis put it:

The personification, feminization, and sexualization of Siri become especially problematic when coupled with the subservient role that Siri plays. As noted in the official description copied above, Siri knows what you say, knows what you mean, and is ready to be used in “more and more ways.” This is blatant in its sexism, objectification, and overall misogyny.

Just as an aside, I think it’s very, very interesting that the recently released Spike Jonze film Her is about a feminized operating system who literally falls in love with her user (and he with her).

I think one has to draw connections here between this phenomenon and the long science fictional history of sexualized cyborgs and robots (sometimes popularly termed “sexbots”) that are given servile and/or sexually servile natures. Robots and cyborgs are of course also rendered masculine in science fiction, but the trope of the female/feminine sexual android is an interestingly common one (for a fantastic take on this that also gets a bit more nuanced in terms of gender, see A.C. Wise’s “The Last Survivor of the Great Sexbot Revolution”). I’ve written before about our persistent folklore of human creators falling in love with their mechanical creations, granting them human characteristics that, in the end, only comfortingly reify the dividing line between human and non-human. 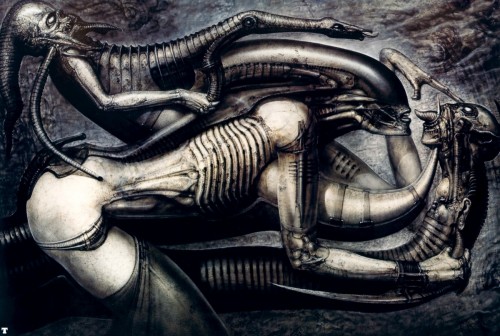 So cyborgian transgressiveness is exactly why we find it so sexy. A sexualized cyborg is at once submissive and potentially dominant, alluring and threatening, subservient and powerful. It is both actual and specific, and abstract and conceptual.

This is where we come back to drones.

Like the sexualized cyborg, a sexualized drone is transgressive, and that transgressiveness is erotic. A drone is not literally an enmeshing of organic and mechanical in the way that a cyborg is, but in terms of power, that’s exactly what it is. Although we tend to understand drones in a way that obscures the presence of a human operator, some part of us is aware that the human is still there, their control and surveillance melding with the godlike, inhuman watchfulness of the machine. A drone is also dehumanized state power mingling with abstract technological power, not that the lines between those two are clear at all; indeed, they’re connected at the root. If a drone is, in Adam Rothstein’s words, “a cultural node–a collection of thoughts, feelings, isolated facts, and nebulous paranoias”, then it contains the potential to do violence to accepted boundaries. There’s really no way for that to not be sexual.

In this sense, drones are cyborgian. But drones are not sexbots. Drones are not subservient in the same way that sexbots are. Drones are nodes for the exercise of social power. However, that’s not to say that drones aren’t subservient at all, because we can’t forget about the operator(s). Drones are still created and controlled things, and in that sense there’s the potential for the same sexualized relationship that we have with all of our power-laden technologies. Drones are locked in a powerfully intimate relationship with their operators, eyes and hands through which operators do literal and figurative violence to human bodies and watch the aftermath. We even see the same fear that we see in all our tech folklore, of the resistance and rebellion of created things. We talk about drones “going rogue”, and we’re all very uncomfortable about the idea of combat drones becoming autonomous, even though I think most of us regard it as pretty much inevitable. It’s clearly a short step from that to Skynet levels of self-awareness.

This is all to say that we shouldn’t just understand drone sexuality in terms of power – though I’d argue that that’s probably the most important component – but in terms of transgression, and the two are profoundly linked. Drone sexuality is both perverse and normative. It’s both dominant and submissive, consensual and nonconsensual. It’s both distant and deeply intimate. It’s both frightening and arousing, and in fact is arousing because it’s frighting. Drone sexuality is about both the maintenance of boundaries and their collapse. In that sense, it’s part and parcel of everything we understand sex to be, and it’s also not new. What I argue is new about it is the arrangement of its components and their manifestation. I think drone sexuality has the potential to alter the way we think about sex, what we do with sex, what sex does to us, and how its power works.

Again, I realize that there are a lot of ideas here that aren’t anywhere near adequately explored, and a lot that has yet to be teased out. I’m hopeful that this can serve as a beginning that might lead to a larger discussion. Anyway, sex is fun to talk about, regardless. Let’s do it.

[…] I said last week, I’m responding to Sarah’s recent series of posts on drone sexuality. In this post, I want to follow through/push one of Sarah’s concerns […]