An Attempt to Patent The Sun 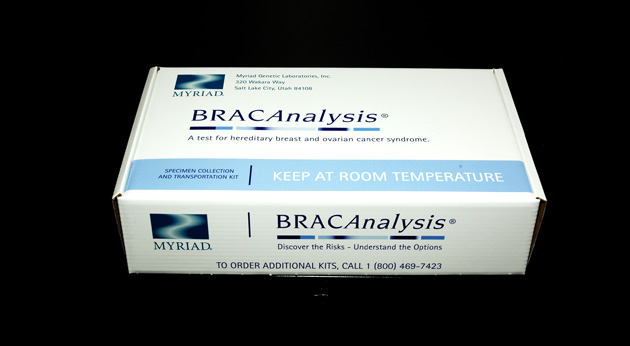 Are human genes patentable? At the beginning of this week, the Supreme Court (SCOTUS) heard arguments to answer just that question. Specifically, the biotechnology company Myriad Genetics, Inc. wants to defend their patent on the isolation of BRAC1 and BRAC2—two genes related to hereditary breast and ovarian cancers. Such a patent grants the company 20 years of monopoly control over the genes for research, diagnostic, and treatment purposes. A group of medical professionals, scientists, and patients are challenging the patent.

The criteria for a medical patent are such that while tools, medications, laboratory produced chemicals etc. can be patented, “Nature” cannot be patented. That which is patented must therefore be created, not merely discovered (regardless of how costly or effortful the discovery). Opponents of the BRAC patent often evoke Jonas Salk, who famously said in response to the potential patent of his Polio Vaccine: “There is no patent. Could you patent the sun?”

Those who oppose the patent argue that the genes, as part of the human body, are disqualified from patentability. Myriad Genetics, in turn, argues that the laborious process of pinpointing these genes as indicators of hereditary breast and ovarian cancers and isolating them out is a process of denaturalization, and that the isolated genes are something separate from the natural body, separate enough, in fact, to be patentable.

Debates over the patentability of these two genes therefore boils down to a simple question (with a less simple answer): Can human genes be defined as technology? If so, they are certainly patentable. If not, then sorry Myriad Genetics, no dice!

Technology, in the simplest sense, can be defined as a tool with which humans augment their existence. Humans have always existed not only with, but also through technologies. However, as that which augments and is augmented by, the organic, technology is necessarily separate from the organic. To maintain their Patent, Myriad Genetics should have to prove that BRAC1 and BRAC2 are something other than organic bodily materials.

Such a separation, I argue, is not possible. Human genes do not augment the body, they are the body, present prior to discovery, prior to naming, prior to their relation to genetic illness. The tools of discovery, then, are technologies, the process of naming, diagnosing, and extrapolating is a technological process. And yet, the genes themselves remain organic.

Not to be unsympathetic, I have argued myself that the body can be understood as a technology—or more specifically—as materialized action. That is, we make sense of our bodies through language, experience our bodies in culturally embedded ways, alter our bodies out of social motivation and with communicative effect. In this way, the process of discovering, naming, diagnosing, and treating the genes is very much a technological process. And yet again, the genes themselves are not the technologies.

To argue that BRAC1 and BRAC2 are simultaneously organic and technological is to cross the theoretically thin and porous line from an augmented perspective into a strong augmented perspective. It is to employ the problematic treatment of technological and organic as not just mutually constitutive, but one in the same. Such a perspective fails to recognize that each—while always understood in terms of the other—maintain separate properties. The final ruling then, will rest upon the Court’s ability to discern the delicate distinction between mutual constitution and undifferentiated enmeshment.

The significance of this case, of course, goes far beyond ivory-tower debates about theoretical precision. Rather, by asking “who stands to benefit, and who stands to lose?” we see that, at the very base, this case pits pharmaceutical companies against patients. Those who argue against the patent argue not only that it is illegal, but that it will slow research and development, limit access to testing and treatment, and ultimately, result in the loss of lives. The outcome of the case will therefore determine the extent to which the body can be co-opted for financial gain, and perhaps more importantly, it will set a precedent of priority, establishing a clear hierarchy of interests between institutions of science and medicine and the far less powerful folks who rely on these institutions for their well-being.