In Snapchat We Trust

People, I am certain, use Snapchat in myriad ways and for all kinds of reasons. Surely, people use the disappearing-message app to document juicy gossip, send goofy but not save-worthy photos, cheat on an exam, share an inside joke, engage in insider trading, or co-view a sunset in the fleeting moment in which the red-purple sky loses its light. I especially like Nathan Jurgenson’s deeply theoretical and thought provoking analysis of Snapchat in terms of image scarcity and abundance. And yet, when I think about Snapchat, my mind always goes to the same, possibly immaturity-induced, place: sexting. 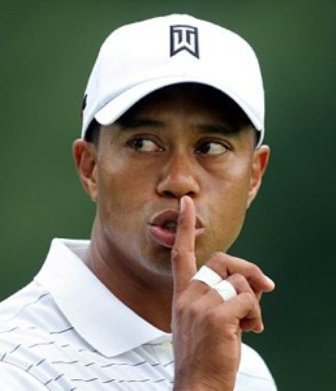 Content within networked publics is persistent, replicable, scalable, searchable, and slated for sharing. Actors must manage this content in the face of invisible audiences, collapsed network walls, and a blurring of private and public. Within such an environment, a nude picture of oneself is never in safe hands. The intention of the distributor matters, but only kind of. Once an image exists, it belongs—rightly or wrongly—to The Internet. It may well remain unseen by unintended eyes. In fact, this will likely be the case. However, it might also spread like wildfire, until your body shows up on a sexting meme, or, worse yet, shows up in the inboxes of people that you know. If hell hath no fury like a lover scorned, nothing provides better scorned-lover ammo than a camera roll of nudie pics. Here enters Snapchat.

Earnst Schraube’s technology as materialized action approach contends that technology is both imbued with, and affects, human users and creators—the latter in sometimes unexpected and unknowable ways. In particular, Schraube argues that technologies are born out of human problems, they are the means by which humans solve these problems. The printing press alleviated the problem of time-intensive information dissemination, sewer systems alleviated the problem of air-born disease, and Snapchat ostensibly helps users circumvent privacy concerns within networked publics. Or, more specifically, Snapchat should alleviate the worry inherent in digitally mediated intimate contact.

The key feature of Snapchat is its 10-second-or-less self destruction. The content of a Snapchat message is not persistent, spreadable, scalable, or searchable. It is not slated for mass sharing and eternal life, but instead, for a particular recipient and ephemeral existence. Yes, one can screenshot the message, and, it turns out, both Snapchat and Poke have a similar security loophole, but pursing these options goes against the core of the technology, and to do so, the recipient must be quick, skilled, motivated and willing for the sender to know of the non-normative and unexpected transgression. Snapchat assures a degree of privacy and mitigates a degree of risk. Teenagers, politicians, and long-distance couples everywhere can breathe a little easier. Digitally mediated intimacy has found its way onto less treacherous ground. If the only safe sext is no sext, then snapchat is a responsible preventative measure.

And yet, we cannot forget about the second part of the technology as materialized action approach, the part that says the effects of technology are largely unknowable, and move in directions unfathomed by creators. An unintended result of Snapchat, I argue, is the displacement of trust from a message recipient, to the technology itself.

To share a naked picture is a highly intimate act. The image is created with a particular recipient in mind. It is an act of vulnerability, a gift with the aim of mutual excitement and pleasure. To share such a picture via digital media is, in addition, an act imbued with deep trust. It is an act made all the more meaningful by the affordances and dynamics of networked publics, such that both sender and recipient know that the image can take on a life of its own, that the nude body explicitly forgoes control over itself and its future, that power—real power—is now in the hands of the viewer.

Snapchat, in subverting the affordances of networked publics, alters this dynamic. The technology now—not the recipient—is the trusted object. The code, not a conscience, keeps illicit content from straying off of its intended path. The image changes meaning, as does the act of sharing it. Sexting via Snapchat is still kinky, sexy, and requires the vulnerability of baring one’s body for another, but unlike traditional digital forms, it does not imply a promise of longevity, or  an implicit ritual of giving oneself over to a trusted other. Rather, in its technologically afforded ephemerality, a Snapchat sext is like an amusement park roller coaster, engineered to be exciting but secure, dangerous-seeming with minimal risk. The Snapchat sext becomes a symbol of vulnerability with a safety net, intimacy with an insurance policy, a thrill bound by controlled conditions.

In turn, the very existence of Snapchat changes the meaning of traditional digital intimacy.  Newly located in juxtaposition to an ephemeral alternative, the trust imbued in more permanent media demands to be recognized. As Snapchat (and copycats like Facebook poke) take hold, the gift of a regular old sext message is more than kinky, it is downright loving.

Jenny Davis is a weekly contributor on Cyborgology and an advocate of safe sext. Follow Jenny on Twitter @Jup83

[...] The Internet has finally developed impermanence [...]