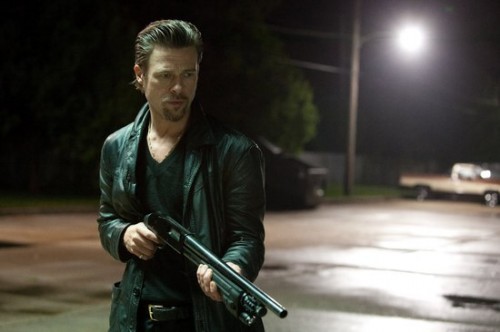 Brad Pitt’s latest movie, which opens today, is being described as an attack on capitalism, at least as it’s currently practiced in America.

When “Killing Them Softly” premiered at Cannes last spring, an article in the Los Angeles Times called it a “post-Occupy” film and “what the documentary ‘Inside Job’ might look like if it was a fictional feature.”

“Inside Job,” you may recall, is director Charles Ferguson’s Oscar-winning examination of how Wall Street speculation and duplicity led to our current economic crisis. The action in “Killing Them Softly” takes place during the stock and housing market crashes that got the current crisis rolling; visible in the background are clips of presidential candidates Obama and McCain making promises (still unfulfilled) of economic reform. Director Andrew Dominik’s underlying theme, according to the Times, “is that U.S. capitalism is deeply flawed, and that government, whether Democrat or Republican, has let down its people.”

“Killing Them Softly” was financed by Megan Ellison, the daughter of Larry Ellison, the co-founder and chief executive officer of the software company, Oracle. The third richest man in America, Ellison is reportedly worth more than $35 billion, a fortune produced by that magically powerful combination of – you guessed it – technology and capitalism. Brad Pitt, of course, is one of the biggest movie stars in the world, an icon whose stature is a product of that same magical combination (in addition to good looks and acting talent).

I’m an admirer of Brad Pitt, who, like George Clooney, has gone out of his way to use his Hollywood clout to make meaningful movies, both as works of cinematic art and as commentaries on important issues of the day. Not every film Pitt and Clooney make fits that category, but they’re obviously trying. The problem, as I’m sure they know, is that those films owe their existence to a system that’s responsible, in many ways, for the injustices they’re trying to address. If the films are successful they also feed that system.

There’s also a contradiction implicit in addressing real-life issues through a technological medium that sells dreams. “Killing Them Softly,” says the Times, “is a hit-man movie, albeit an arthouse one, and contains many of the schemes and stylized violence you might expect from a film with that label.” This is reminiscent of “The Godfather,” surely one of the most profitable anti-capitalist films in Hollywood history. I’m not saying that art can’t have an impact. I am saying that we don’t strike a meaningful blow against the empire by spending ten dollars or more to watch a make-believe assassin pretend to kill people. 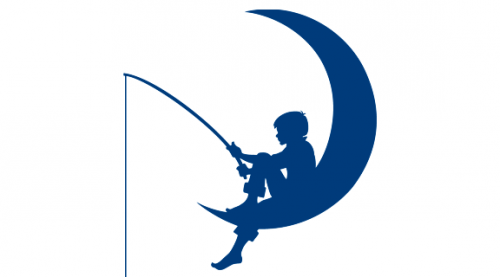 My favorite example of this contradiction is the DreamWorks logo, a silhouette of a boy with a fishing pole, sitting, one imagines, by a peaceful lake on a summer’s afternoon, lost in a reverie. This, of course, is exactly the sort of old-fashioned pastime that DreamWorks, with all the technological and marketing power at its disposal, is doing its best to make obsolete. Boys won’t be spending their summer afternoons lolling peacefully by lakes if DreamWorks has anything to say about it. Rather, they’ll be sitting inside multiplexes in shopping malls, hypnotized by reveries conjured for them by the latest extravaganzas of computer animation.

This post also available on Doug Hill’s blog The Question Concerning Technology; It is an updated version of an essay he posted last May, when “Killing Me Softly” premiered at the Cannes Film Festival.

[...] invites Cyborgology cyborg Nathan Jurgenson to guest-tweet her class, Doug Hill looks at capitalism through Hollywood films, Jenny Davis writes that it might be game over in Syria (if interest convergence theory and an [...]