Last weekend, I had the double pleasure of presiding over an excellent panel on technology and protest, and having David Banks as my extremely capable Twitter backchannel moderator and Livestream assistant. Both the Twitter backchannel and the Livestream were getting their first serious run as an institutional part of Theorizing the Web, and despite some minor difficulties with mics and cameras, I think they were a clear success.

But the experience of presiding on a panel and then serving as the backchannel moderator for the panel immediately after delivered some interesting revelations regarding what these kinds of technology actually mean for how our conferences work, and for how we engage with and in our spaces of knowledge production.

I haven’t been to a lot of conferences, but I’ve attended a few. My experience with social science conferences is mostly comprised of ASA, which is immense and intimidating (if you’re a new sociological fish), and which of course features as much if not more of the Old Guard of socio-academe than the young up-and-comers.

All of this lends itself to a conference atmosphere that can at times feel stifling and overly formal – and which TtW was created in part to get away from. The use of technology in these settings is especially worth noting. I should emphasize that I’m only speaking from my own experience here, and that as such everything I have to say is naturally colored by my own biases and neuroses, but more often than not I’ve been in a session at a place like ASA and been seriously uncertain regarding how other people in the room would look at me if I pulled out my netbook and hopped on Twitter (I don’t own a smartphone).  And when you’re a new grad attending your first or second ASA, you often care about how you look to others.

One of the more refreshing things about TtW is what a wired conference it’s  expected to be. Netbooks aren’t looked askance at, in the 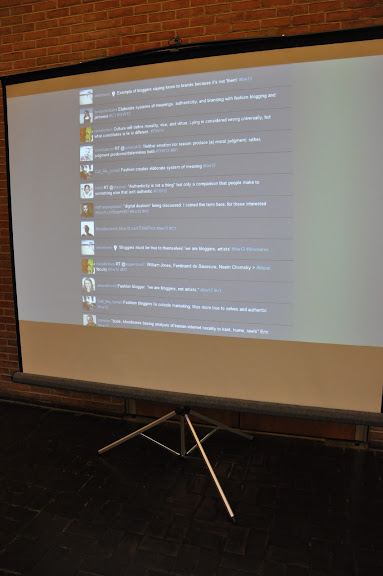 opening remarks, in the sessions, in the keynote – in fact, as I said, we took care to make the use of digital social media an institutional and integral part of the conference. It might seem like an insignificant thing to say that “I felt more comfortable” in a setting that allowed and encouraged me to engage with and through my technology in the way I’m used to, but I think this is a cultural difference that can’t really be overemphasized: it says something very particular regarding not only the ways in which we mark it appropriate to produce and discuss knowledge, but the ways in which we expect our reality to look and behave. If we want to split this along conceptual lines, I would argue that ASA is effectively digital-dualist, and TtW is very conscientiously augmented.

But even aside from this point, the experience of the backchannel made me note something particular. Since the rise of digital social media – if not before – there has been a fair amount of worried hand-wringing regarding the degree to which the devices that encourage – and even sometimes require – us to multitask end up producing situations in which, because our attention is spread out over so many different activities, we can only deliver incomplete or inadequate levels of attention to each task. This, I think, is the source of a lot of the cultural resistance to obvious use of digital devices in sessions at more traditional conferences: the idea that if you’re on Twitter or Facebook, you can’t truly be paying attention to what’s being said in the room.

We established the backchannel as a space for questions and discussion enormously on the assumption that this isn’t the case, but in engaging with the backchannel as a presider and a moderator, I experienced firsthand the degree to which it isn’t the case. What I found was that the backchannel, far from serving as a distraction, forced me to pay more attention to what was going on in the room. As backchannel moderator, I was livetweeting what was being said by the presenters, I was watching what others in the room were saying about what was being said by the presenters, I was watching what was being said in response to those tweets, and I was making notes on some of the primary lines of discussion and questions. The only way to do any of that well is to pay extremely good attention. Attention and its application, therefore, isn’t necessarily a  zero-sum game; one has to look at how and where it’s being applied.

Additionally, engagement with the backchannel forces one to be a more active listener than one can be without it, simply by virtue of enabling discussion while a presentation is actually going on. Full disclosure: I’ve had to fight falling asleep in more than one session at other conferences. I know I’m not alone in that. It’s not just about whether or not the presentation itself is or isn’t boring; it’s about passivity, and the degree to which one can listen actively. With a backchannel the act of listening becomes intensely active; it can’t not be.

Many of us here on the blog have written a great deal about what we were trying to do with TtW, what we were responding to with how it was structured, and where it might help to point as far as how conferences can grow and change in the future. What the presence of the Twitter backchannel highlights is that sometimes one of the most powerful things a conference can do to make itself great is to simply embrace what’s already there. 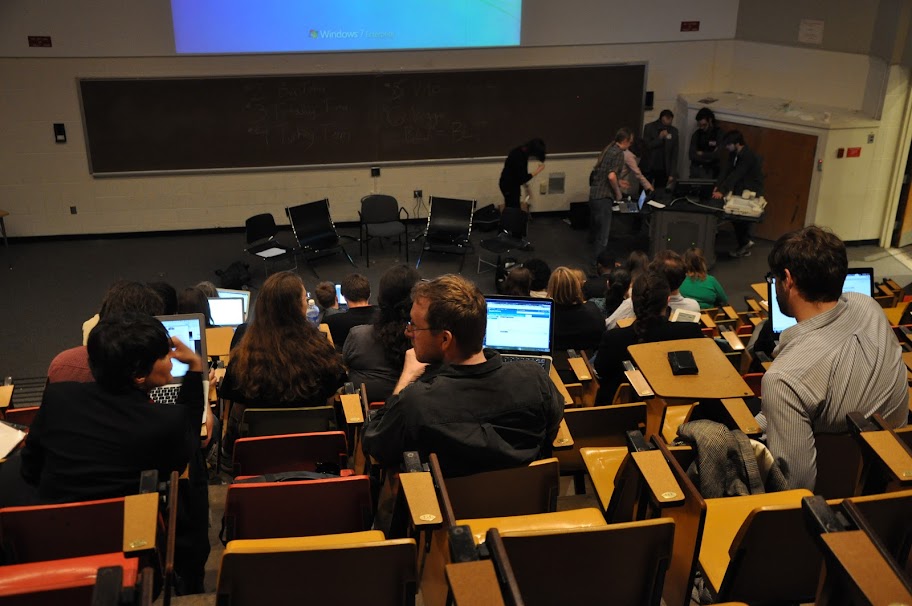 How can you be sure you're not just saying "I'm really good at driving and texting at the same time?" I have to admit experiencing a bit of dissonance, especially in the keynote, where I felt like Zeynep's attention was divided at times.

i dunno, Sarah, I'm much more suspicious of myself as a "back channeler" since 2009: some re-tweets and remarks are indeed helpful and insightful but they're often lost in the exponentially growing stream of people who feel compelled to react, socialize or say something smart/sarcastic. and i did find myself recently on video lecture with Howard Rheingold, totally loosing his main points due to my amazement at how busy people were chatting on the twitter back-channel AND the actual adobe connect chat interface during that time. I had a pretty real headache and i made a conscious decision to ignore everyone else and just listen to the main speaker for once, if i could even still get away with such a forgotten practice.Lately i do miss listening and being listened to in that simple way and i ponder on ways that back-channel chatter could be cultured to become more like your experience than mine.

Very much agree with this quote: " With a backchannel the act of listening becomes intensely active; it can’t not be."

In my own experience at Cloudfair 2012 when I encouraged participants to Tweet during the presentation. The disruption proved to be a success. I was able to connect with them afterwards and create a dialogue of what they responded to most.

Toward A More Inclusive Backchannel: An Unusual Call To Action » Cyborgology — August 16, 2012

[...] from friends and colleagues rather than on first-hand experience. Disclosure No. 2 is that, like my Cyborgology colleagues, I’m a big fan of what we like to call augmented conferences, or [...]