There is No “Cyberspace” 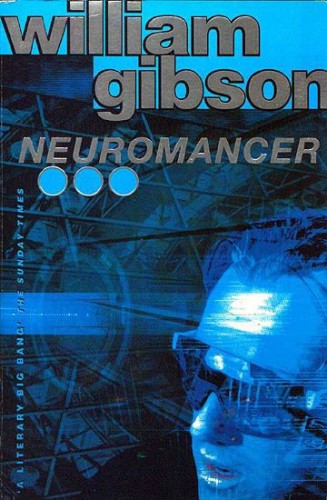 The words and ideas we use to make sense of the Web owe as much to science fiction (particularly, the cyberpunk genre) as they do to the work of technicians or to rigorous scientific inquiry. This by no means a bad thing; the most powerful of such literary works call upon our collective imagination and use it to direct society to prepare for major transformations looming on the horizon. William Gibson’s (1984) Neuromancer was, no doubt, one such work. Neuromancer features  the exploits of a “console cowboy” (i.e., a computer hacker) named Case, who travels across a dystopian world serving a mysterious employer. The work is notable for popularizing the term “cyberspace,” which Gibson coined a couple years earlier in a short story called “Burning Chrome.”

In Neuromancer, Gibson described cyberspace as a”consensual hallucination” and more specifically: “A graphic representation of data abstracted from the banks of every computer in the human system. […] Lines of light ranged in the nonspace of the mind, clusters and constellations of data.” Rather than just staring into a computer screen, hackers “jack in” directly interfacing with these visual representations of data in their minds. The images described here are reminiscent of those portrayed in movies such as Tron (1982),  Hackers (1995), and, to a lesser extent, The Matrix (1999).

Thinking further about the term, we see that it is a portmanteau between “cybernetics” and “space.” Thus we might also define “cyberspace” as a site where information is organized and controlled. Gibson sometimes emphasizes cyberspace’s lack of physicality or materiality, calling it a “nonspace.”

Gibson denies that term “cyberspace” represents any sort of coherent vision of the future, saying in an interview that the term was both “evocative and essentially meaningless […] suggestive of something, but had no real semantic meaning.” However, Gibson original intent in introducing the cyberspace concepts is of little consequence; rather, what matters is the role the concept has come to occupy in our cultural imaginary. And, it is precisely this view of the Internet as a space of “consensual hallucination” that has achieved dominance in present discourse.

Equating the contemporary social Web to “cyberspace” is, however, deeply problematic because the Web is neither consensual nor a hallucination.

Not Consensual. The Web is what Donna Haraway calls “a non-optional system.” Social media is now part of the very fabric of our society. Information distributed via social media affects all of us regardless of whether we participate in it directly or not. At the individual level, the behaviors of our peers are shaped by a “documentary vision” (i.e., we make choices through the lens of the potential future documents our actions will create). At  the societal level, what is trending on Twitter one day makes the news the next and affects our behavior on the following day. For example, it is difficult to imagine that the Arab Spring or the Occupy movements would have received the same level of media attention had networks not had access to countless real-time streams of information pushed out by protesters and other observers. Mass attention, of course, encouraged and, even, vindicated the protestors. The back-and-forth flow of information between online and offline has become integral to the current political moment to which we are all subjects.

Not a Hallucination. The Web is not a suspension of reality: it is not a game, and it is not a fantasy. Nor is the Web merely about reality. That would imply that the Web is only epiphenomenal (i.e., that the causal relationship between the Web is unidirectional, that the reality causes the Web but is isolated from it’s effects). Instead, the Web is part of reality; it is real. As Nathan Jurgenson recently described, we are as much a product of our online profiles as a they are a product of us. Causality is bi-directional. We are all part of the same human-computer system.

Gibson and other cyberpunk authors/directors imagined that, in the complexity of computer code, a separate, virtual reality would emerge—existence in a realm of pure information. But this thinking was simply a reiteration of the same mind-body dualism that plagued Western philosophy for centuries—a new philosophical Idealism that rivals even Bishop Berkeley. Gibson is not a static thinker, however, and, in light of the social-technical development of the subsequent decades, he has distanced himself from the cyberspace concept. In a 2010 New York Times opinion piece, Gibson explains:

Cyberspace, not so long ago, was a specific elsewhere, one we visited periodically, peering into it from the familiar physical world. Now cyberspace has everted. Turned itself inside out. Colonized the physical. Making Google a central and evolving structural unit not only of the architecture of cyberspace, but of the world. This is the sort of thing that empires and nation-states did, before. But empires and nation-states weren’t organs of global human perception. They had their many eyes, certainly, but they didn’t constitute a single multiplex eye for the entire human species.

This excerpt reads more accurately as an evolution of Gibson’s thought than as a description of any real changes in the world. The Web has always already been “everted;” it has always had a dialectical relationship with the physical world. Interestingly, Gibson claimed in a interview at the Chicago Humanities Festival (embedded below, start at 22:25) that one day people will look back on the present historical moment and say it was characterized by “a need to distinguish between what they thought of as the real and the virtual”—what we, on this blog, call “digital dualism.” 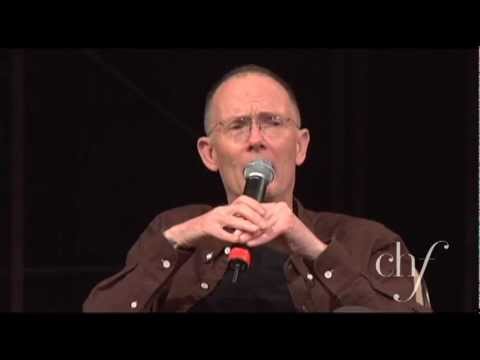 If not “cyberspace,” then what? The Web is probably better captured (etymologically, though not in actual usage) by the term “metaverse,” coined by fellow cyberpunk author Neil Stephenson. “Metaverse,” a composite of meta- and universe, means a universe abstracted from, about, or completing another universe. The Web is all these things simultaneously. Unfortunately, Stephenson implements the term in a way that differ little from Gibson’s cyberspace, so that it too now conjures dualist images, diminishing its utility.

Arguably we do not need another neologism. Simple “reality” should suffice as a catch-all for the online and offline aspects of our lives. However, dualist assumptions so pervade our vocabulary, that our very language often betrays us, subverting our intended meaning. For this reason, we are in need of new vocabulary that explicitly affirm our understanding that the Web is not a separate part of our lives. On this blog, we have chosen to promote the term “augmented reality.” Others have chosen “mixed” or “blended reality.” Regardless of whatever term ultimately gains most currency, one thing is certain: It is time to lay the term “cyberspace” to rest.

There is No “Cyberspace” | Post-Sapiens, les êtres technologiques | Scoop.it — February 1, 2012

Excellent piece and right on point, especially regarding the importance (and the difficulty) of finding a better modifier than "cyber" to describe modern high-tech society/space/life/living. Struggling with this in titling my next big project. "Augmented reality" is good, I use it, but I want to reference mediated interaction and connectedness more specifically and evocatively. Anyway, keep the dialogue going! Would love to attend Theorizing the Web and get into some of this there, but have prior commitment.

Plenty to think about here - thank you both. I agree that "cyberspace" has outlived its usefulness, but I'm wondering what you think about the use of "cyber" in other contexts: cybernetics, cyberbullying, cybersociety, etc.? The dualist connotation remains problematic, but on the other hand, people immediately know what it refers to, and "cyber" is, perhaps unfortunately, still pretty catchy (very important for a title -- I'm mostly struggling with titling right now). Is "cyber" passe in all its forms? For me, for now, PolySocial Reality and Augmented/Blended/Mixed Reality remain less "obvious" in meaning than "cyber" on first glance, and also perhaps not as catchy as one would like words in a title to be (though I'm willing to give them time and due course to "become" catchier, and they're fantastically useful conceptually). "Digital" seems so cold to me...Anyway, this is my dilemma, but thanks for giving me so many things to consider as I work through this. Terrific, indispensable blog. mc

(Note: the following is applicable to the term "Cyber" and not to P.J's discussion of "Cyberspace" as a concept.)

Cyber has a very specific context for those working in Cybernetics. Changing that would be like renaming some people's entire discipline!

Informal opinion (there was a large discussion around this issue on the MediaAnthro list last fall) from those outside the social science fields is that indeed, "cyber" is old-fashioned. But, obviously not to those who work in Cybernetics.

Digital is problematic because it's just as able to be a victim of fashion in however many years' time.

Mike Bulajewski posted and interesting response to this essay here. I wanted to share my reaction:

Bulajewski says, "For Rey, you cannot get lost in cyberspace because there is no cyberspace, no fictional worlds, virtual realities or diegetic universes."

Important issues raised here, but this quote is a strawman argument. I don't argue that fantasy doesn't exist (I'm a LARPer, for crying out loud!). What I am arguing is that the fantastical "cyberspace" initially described bears little resemblance to how most of us experience the Web today. Sure, people can get lost in fantasy books and games (both online and offline), but these experiences are a poor analogy for how we experience Facebook ( Farmville excepted :) ).

Baudrillard is enlightening here. Fantasy games and books are clearly 2nd order simulations; they are simulations that make no claim to be real. Facebook is a 3rd or 4th order simulation because it poses itself as real, and in accepting it as real and treating it as real, we make it real (or, at least, remove any meaningful distinction between virtual/real).

On The Flow of Tweets: Private Interests and Public Speech » Cyborgology — February 3, 2012

[...] re-evalutation of the term mentioned above, cyberspace, through two excellent pieces titled ‘There is no Cyberspace‘ and ‘There is Only Cyberspace’, respectively [...]

The Real and the Loss of Cyberspace » Cyborgology — February 8, 2012

[...] week, I wrote a piece entitled “There is no Cyberspace,” where I argued the today’s World Wide Web bears little resemblance to the thing that [...]

The process « Markets At The Intersection — February 9, 2012

[...] you can read an interesting discussion of cyberspace – and the agency of the people in it here. Bonus: it’s based on the work of my favourite SF author [...]

[...] is certain: It is time to lay the term “cyberspace” to rest. This post originally appeared on Cyborgology. Follow @pjrey on [...]

[...] week, I wrote a piece entitled “There is no Cyberspace,” where I argued the today’s World Wide Web bears little resemblance to the thing that [...]

[...] I stumbled, like Alice so many times in Wonderland, on an argument in progress, albeit one transacted across three different blogs. The issues raised pertain quite closely to issues of virtuality; the object (or perhaps even state) under consideration, however, is cyberspace rather than virtuality. PJ Rey of Cyborgology takes a position he identifies as augmented reality (or what Teacup refers to as ‘augmentism’) in which he suggests that there is no cyberspace as an alternate reality because cyberspace can only be an extension of our present reality. See his post here. [...]

[...] doorstep, totally illegal inside your home), and computers and data are profoundly non-spatial. There is no “Cyberspace.” That’s an idea cribbed from a science-fiction book written by a man who’d never seen a [...]