Can an identity have a homepage?

Many have long argued that identity is the result of both  (1) performative work on the part of the individual as well as (2) the influence of society with all of its history, structures, institutions, norms and so on. We do not produce our identities in a vacuum, they are influenced by society. And we do not blindly consume our identities from the options given to us; humans are complex beings who creatively tweak, mix and remix to achieve something always unique. Not just producers or consumers,  it is best to think of ourselves as identity prosumers. Here, we will show how this process is made most explicit when identities are prosumed through social media technologies.

Prosumption has long been a topic on this blog (see Nathan’s paper on this topic, and Jenny has a paper forthcoming in the American Behavioral Scientist). We argue that prosumption is precisely what defines new, social media: unlike television, we do not only consume, say, Facebook, we also produce the content. Similarly, social technologies facilitate identity work that is more explicitly prosumer.

One of the key affordances of the Web is the ability to connect geographically dispersed people. This means that those with similar interests can find one another, interact, and form communities without the geographic and temporal barriers of physical space. Individuals with even extremely uncommon identity characteristics can now find others like them in ways never before possible. New identities are coming to be collaboratively named, shared and defined that were not known of before the mass popularity of the Web. Marginalized individuals can collectively prosume an identity category into existence, while prosuming the identity label and meanings for themselves. 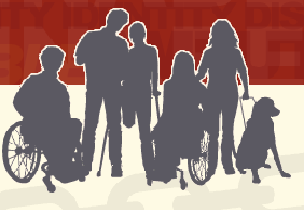 Transability is a condition of incorrectly-abled embodiment. People who identify as transabled feel a deep need to be physically impaired in a very specific way (e.g. blindess, paraplegia, left above the arm amputation, etc.). The term transability was first coined in 1994 by a man who goes by the name of Sean. He runs the website transabled.org.  Over the past 17 years, Sean, the other bloggers, and the participants on the site, have collectively defined and articulated what it means to hold a transabled identity, and prosumed this way of being into an identity category–so much so that it is currently being considered for inclusion in the upcoming DSM-V
(although the official name in the DSM would be “body integrity identity disorder”).

Asexuality is a sexual orientation defined by not experiencing sexual attraction towards other people. The term was created long ago by researchers, but did not appear as an identity category that individuals self-identified with until much more recently. Similar to transabled.org, David Jay founded asexuality.org in 2001 as space where similar people could organize and announce their existence as well as support each other (more from the site and an article in the New York Times).

Transability and asexuality come to exist as potential identity categories via the rise of the social Internet.

The participants of transabled.org and asexuality.org say that they have always been this way, and that the sites and fellow community members merely provide them with a label, a language, and sense of legitimacy with which to describe and understand themselves; that the identities themselves were not “invented” in these online spaces, only the category labels.

Identity work, and by this we mean the accomplishment of the self, is perhaps made most apparent by these examples where the labels, definitions, understandings and meanings are collaboratively constructed right in front of our eyes.

However,  transability and asexuality only make clear what is true of all identity work both on and offline. Identity is always a collaborative and reciprocal process of self-production and consumption of culture (see Bourdieu’s theories of practice and structuration).

At the same time, as we have shown, the prosumption of identity works a bit different with the introduction of the Internet. Identity categories, previously unnamed or culturally unavailable, burst into existence and shake common understandings. Self-identification can now become increasingly diverse when old categorizations are upended, new ones are created, and existing ones are further dissected.

Is this a good thing?

On the one hand, this “long tail” of identity categorization runs contrary to the queer theory project of critiquing the prosumption of identity categories in favor of a more fluid understanding of the self that deconstructs adherence to category labels and definitions.

On the other, the prosumption of new identity categories is often described as highly liberating for those who prosume them. Those on transabled.org, for example, talk about the positive emotional benefits of having a name and language with which to make sense of their desires, and a group with which to share their struggles. On a material level, the unifying label allows community members to mobilize on unified goals (e.g. inclusion in the DSM, a path to legal corrective surgery, insurance benefits).

In the age of the Web where labels have the potential to proliferate, should we embrace the queer theory project of deconstructing categories and labels or do we celebrate the increasing ability to self-identify (rather than be identified) with ever more new and precise category systems?

I really like this post. Jenny, I spoke with one of your classmates at ASA who is also interested in transability. She was on my roundtable and heard me speak on tattooing. This is very rich stuff and ripe for researching.

[...] This was originally posted at my blog Cyborgology and is co-authored with Jenny Davis – click here... [...]

What do you think of a concept of identity based in Baudrillard's concept of Indeterminacy? Identity, no longer as something given from outside of oneself (as class, or gender once were) but instead as an expression of choices being made by an individual both within themselves and outwardly in society.

Because people are breaking away from Determined identities being set from "on-high", as it were, we are entering a stage of radical indeterminacy for the individual, one based on Choices. Categories are breaking down and reforming based on new criteria as divisions are simply drawn up to enclose some space as 'seperate' according to a collective will.

A sort of 'Identity as Simulacra' concept, but founded on a new universal concept of personhood. Some of my thoughts I have been ruminating...

Re-integrating the Self Narrative » Cyborgology — December 28, 2011

[...] what we are therefore likely to do. These narratives are co-constructed and, as pointed out in a previous post by Nathan and I, prosusumed. This project of linearity, however, is complicated by a past that took place entirely [...]

[...] Prosumption refers to the merging of production and consumption, where the consumer produces that which s/he consumes. The term was first introduced by Alvin Toffler in 1980 in reference the marketplace, and reinvigorated by Ritzer and Jurgenson when they applied it to Web 2.0. In a special issue of American Behavioral Scientist (edited by Ritzer, with an introduction by Jurgenson, and an article by fellow Cyborgologist PJ Rey)I argue for the extension of prosumption into the realm of identity.This was elaborated upon in a Cyborgology post by Nathan Jurgenson and myself. [...]

[...] between production and consumption. For example, Jenny Davis and Nathan Jurgenson has written on prosuming identity online, and how Web 2.0 technologies (especially social media) have allowed for the creation of new [...]

[...] on the blog. For example, Nathan Jurgenson (@nathanjurgenson) applied identity prosumption to the asexual identity movement, Dave Paul Strohecker (@dpsFTW)  mused about the role of identity in Star Wars fan fic., and I [...]