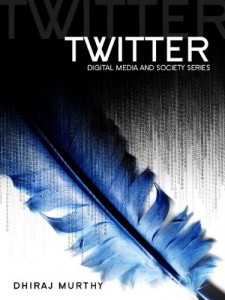 Although some research emphasizes the negative impacts of social media on well-being, a recent Smithsonian article highlights a specific benefit: social media platforms allow individuals to connect across thousands of miles. Further, despite anecdotal evidence, social media usage does not actually result in higher stress for users.

Dhiraj Murthy, sociologist and author of the book Twitter, told the Smithsonian Magazine about how social media lets people keep up with friends and family members, whether it’s communication about big events such as births or weddings, or every day things like food or funny cat videos. By fostering a sense of connectedness, Murthy says, this communication can reduce stress and increase happiness.

Still, Murthy warns, “Increased social awareness can of course be double edged.” Connectedness can mean feelings of stress, sadness, or anger when the interactions relate to death, job loss and other heavy topics. This means it’s the content viewed on social media, not social media itself that affects stress levels.

While the relationship between social media and stress is complex, many such studies focused on heavy users, Murthy says. In general, the common perception of most social media users as gadget-addicted stress cases doesn’t hold up to scrutiny.

Busy schedules coupled with near constant access to technology contribute to people becoming more social via social media. While sharing a cup of coffee takes coordination and time, a quick scroll through an album or a post about a promotion allows users to participate in communal behaviors that benefit mental health. If the trick is focusing on the good content without ignoring the bad, it seems our online interactions are an awful lot like the in-person ones.