Lil’ Ladies and the Gendering of Legitimacy 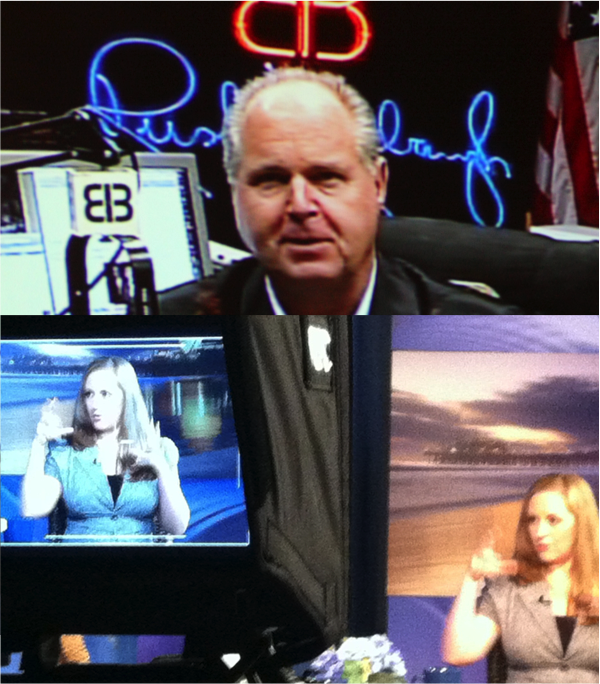 During his April 1 on-air radio show, Rush Limbaugh cited a recent SocImages post titled, “Are Economics Majors Anti-Social?” In debating the content of the post, Limbaugh frequently referred to author and editor Lisa Wade as “professorette.” In making up this word, he intentionally gendered the gender-neutral title “professor.” Given the cultural devaluation of femininity, the unnecessary gendering of Wade’s profession signals a discounting of her position and expertise. While Wade is, notably, the author (with Myra Marx-Ferree) of the new book, Gender, women of all professions face challenges to their legitimacy.

Education, prestige, and capital do not exempt women from sexist stereotypes about incompetency. Female researchers and professors are often viewed as less competent than their male colleagues, and male-dominated academic disciplines are perceived to draw more innately brilliant and talented practitioners than female-dominated disciplines.

Women are also limited in the range of emotions and behaviors they can exhibit in the workplace without being judged negatively. Emotional displays of anger, for example, are interpreted differently if exhibited by men or women, to the likely disadvantage of women. Additionally, displays of dominance by agentic (that is, self-organizing and proactive) female leaders are subject to dominance penalties, backlash, and prejudice.

Curious what our friends in sociolinguistics have to say about gendered titles? Consider listening to Lexicon Valley’s exploration of feminine word endings here.