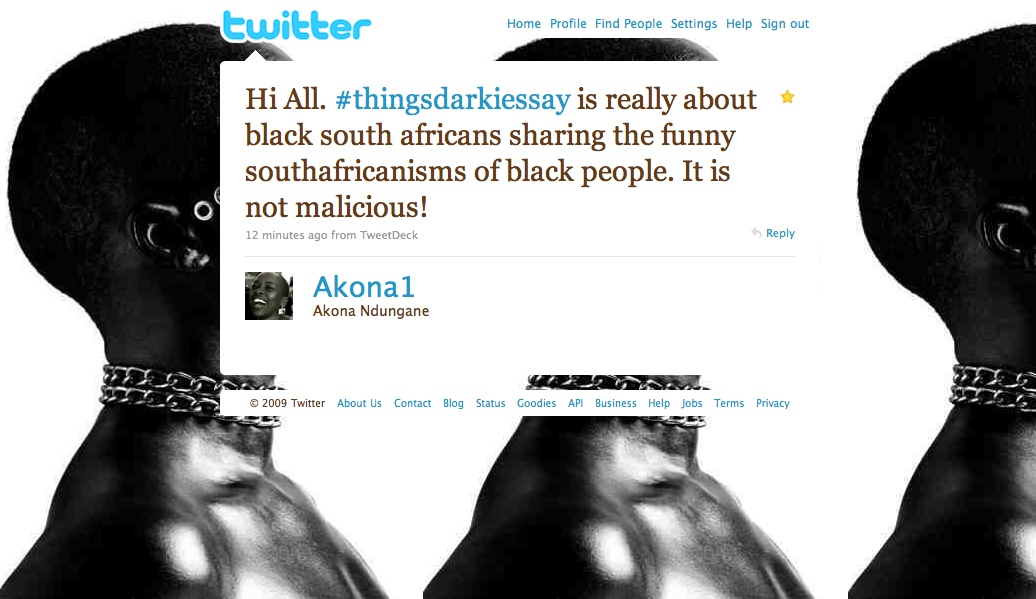 I’m finally back in Toronto, but had an interesting sidetrip to Québec and will be blogging about separatism and Canadian identity in a future post.  I saw on Twitter that a trending topic was the hashtag, “#thingsdarkiessay.”  I knew it had to be some “inside joke” or meme I wasn’t aware of and the above tweet explained that it originated in South Africa, but was gaining attention in the US, due to the use of the term “darkies.”  Several observations on people’s tweets, pointing out the “irony,” noted that blacks were making it a trending topic.  I didn’t go through the thousands of tweets, but I’ll surmise {given the above} that the hashtag originated from black South Africans.

Regardless of intent, as a meme goes viral, it takes on a life of its own, making Roland Barthes‘s Death of the Author{s} quite salient.  Is this related to -or- independent of an idea that with some content {e.g., race or language referring to race}, the author becomes irrelevant or somehow transformed?  How does this inform dialogues about race, particularly as the Internet blasts apart contextual boundaries, let alone the determination of the “offensiveness” of content in a global context.