Back in April, we had a lively discussion here on Twitter and language.  I recently saw that the dictionary team at the Oxford University Press is on top of the sitch.  Here’s some of their observations::

“Since January OUP’s dictionary team has sorted through many random tweets.  Here are the basic numbers:

Verbs in the gerund form are pretty popular, as well as informal slang like “OK” and “fuck.”  Most common word on Twitter & general English:: “the,” with #2 on Twitter being “I.”

The OED folks seem to just be reporting some of their analyses, which I have no problem with.  They’re not indicting anyone and even end the blurb with “Tweet on.”

Now, enter the shrill cassandras at HigherEdMorning who report on the above with a post, “The Hidden Problem with Twitter.” Talk about framing.  That title is priming the reader to be wary of Twitter, but there’s more.  The image used in the article decries the lament of every frustrated educator who has endured reading a crappy essay::

They report the OUP observations, but finalize their Twitterproblem trifecta with::

“So here’s the question: Is Twitter – along with instant messaging and texting – contributing to the destruction of language skills among college students?”

Twitterfail?  I actually have a big problem with this.  It’s taking observations and drawing inane conclusions that would pass muster in the most laxed ethnography course and would be a social science epic fail.

What gets really interesting is the discourse that follows in the comments.  I urge you to take a look {there were 69 as of 3:18a on 18 June}.  The interesting thing, to me, is how the social aspect of technological use creeps into the dialogue.

Twitter, instant messaging and texting ARE contributing to, let’s call it degraded language skills, by providing a set of forums in which these degraded skills are accepted and encouraged. I believe acceptance is primarily a function of the youth of the majority of contributors. They lack experience with more formal language and don’t seem to grasp the subtly and nuance that come with its complexity. Degradation is encouraged by the fact that even the best texting phones or IM clients are poor writing instruments. 12 keys are inadequate as are one eighth scale, not quite QWERTY keyboards. Further encouragement comes from the satisfaction developing personalities take in expressing themselves in creatively alternative manners, especially if it tends to confuse authority figures.”

Not everyone is a naysayer::

Did the abbreviated wording used in telegrams destroy the English language? I don’t think so. Neither will Twitter, or texting in general – as long as schools continue to stress good language skills in the classroom. As an English teacher and student of linguistics, I realize that English and all other living languages are constantly evolving, so Twitter and its “siblings” will affect English, but not to necessarily destroy or devalue it. As for spelling, well, English is a terrible model for spelling, so maybe these mediums will improve it!”

and this comment makes an interesting link to dictation::

I believe that Twitter, messaging and texting language is just like the dictation shorthand from the last century. My mother wrote in shorthand and it just looked like a bunch of symbols to me but she and others skilled in it decoded it with fluency. No one but Golden Agers know or use shorthand anymore, but now we text. It is simply a new shorthand for a new context in a new age. Formal language is constantly evolving too. Think of the transition from Olde English to American English. Change does not have to mean destruction of language- its just evolution. Just like shorthand was a symbol system for more formal language, so is texting- the meaning is conveyed through a symbol system and translated in our minds. Spelling is just agreed conventions- those have and will continue to change over time. The only problem of concern should be when the meaning one is trying to convey cannot be discerned by the reader. We have to have common understandings for any symbol system to work- formal or informal.”

Whenever I see criticisms of youth or youth culture, I tend to look for ad hominems and finger-waving.  Damn, fool kids.  The Cisco fatty meme brought out a bunch of such anger.  So, when it comes to Twitilliteracy, JRB offers his 2¢::

As long as texting is treated like vocal dialects, I have no objection. Cajun, Cockney, etc. are fine but rarely get transcribed unless the accent is essential to the story. Likewise telegrams – they serve a purpose but we don’t ever see “telegram text” in written stories or formal correspondence.

But when this sort of “abbrev-speak” traverses the chasm into formal writing I think we risk losing a substantial chunk of our discreet and collective cultures, so much of which are recorded as written words (not wrds). Just as learning a second languange [sic] enhances the developing brain, so does an understanding of the colorful and deeply descriptive nature of the written word.

SS I think you miss a key point with using text speak for formal communications – sometimes, like it or not, we _have_ to adhere to a minimal level of decorum, and frankly students who cannot adopt such probably have an issue with authority which suggests ther are not the best candidates for a good old fashioned college experience (where the instructor still wields authority) – perhaps they are better suited to informal cloud-based learning, just before they step out to that job at Burger Queen.“

Bitter, much?  Clearly, this gets people into a lather, but what plays out is a culture war of sorts, where technology and the social collide with a normative vengeance.  What strikes me is a reduction of the “other” to a stereotype and having no interest in contextualizing what’s going on here with Twitter.  There are also a lot of assumptions about an ideal orthodoxy, in terms of psychological information processing, learning, and expression, let alone the hegemony of English usage online.  Going back to the OUP report, what about non-English tweets or tweets by non-native speakers?  So many questions, but I’m a social science geek.

So, is this no big thing?  While many think this is just a tempest in a teapot, I think these debates are just a tip of the iceberg in an increasingly globalized world.  I think Novia in the first pic. will do just fine despite Twitterish communication.  Oh, for all the n00bs, BFF 4 realz=Ben Folds Five.

Song:: Battle of Who Could Care Less – Ben Folds Five 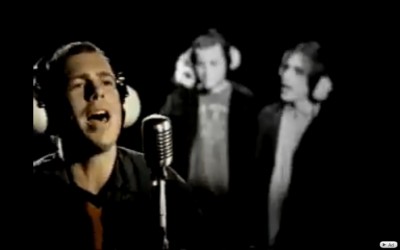 When my son was in first grade I peeked at one of the books that was required reading. After reading a few pages, I put it in my pocket, took it home, and marked it with a lot of red. I returned the book, with all it's pretty red lines and comments, to the school. They thought I was too picky.

I took a few more home and marked those up a bit, too, and jotted down the reference pages of a popular editing and style book next to my squiggles.

There are days when I can do this to a newspaper, too. It drives me nuts.

This year, a perfectly good homework paragraph went to school and came back from school (10th grade) with improper editing. Huh?

I don't think that Twitter should take the heat. I don’t think that language evolution is necessarily a bad thing WHEN those changes encourage written communication across the board.

Real problems: Not enough breastfeeding for babies and not enough recess time for school children and too many choices in the candy aisle.

LC:: Thanks for commenting. Always a fresh perspective.

Too much choice‽ Have you been filesharing? I keed, I keed!

You know, I'm with you on this. I'm all in favour of more written communication, as there is something to be said for the processes involved in engaging in it, in terms of pragmatics of everyday life. I get the idea that there is an orthodoxy & perhaps I rebel against it, as I have "issues with authority," as jrb@msu might say, but the fact of the matter is that there is a social context to communication. I think formal writing can exist with informal writing. I don't like the idea of causality being assigned to the increase of informal modalities, i.e., X causes the use of more informal writing. Huh?

I've watched the decline of the LA Times over the years, which made my mom laugh, as she said she's seen it slide since she came to Cali from Chicago in 1966. The standards for formal writing clearly have shifted, but does it truly matter in the big scheme of things? Will the culture truly suffer? Hard to say, given that the culture is increasingly interested in 2 paragraph slapped-together stories about a fashion faux-pas or a leaked celebrity sex tape. You can't legislate taste.

There are bigger issues indeed. The candy selection is different up here in Toronto, but since I'm more of a salty guy, the wide chip selection reminds me that Canadians take their chips seriously. Funny that Maine Coast chips are made in Brampton, Ontario.