The Protestant Ethic & the Spirit of Materialism? 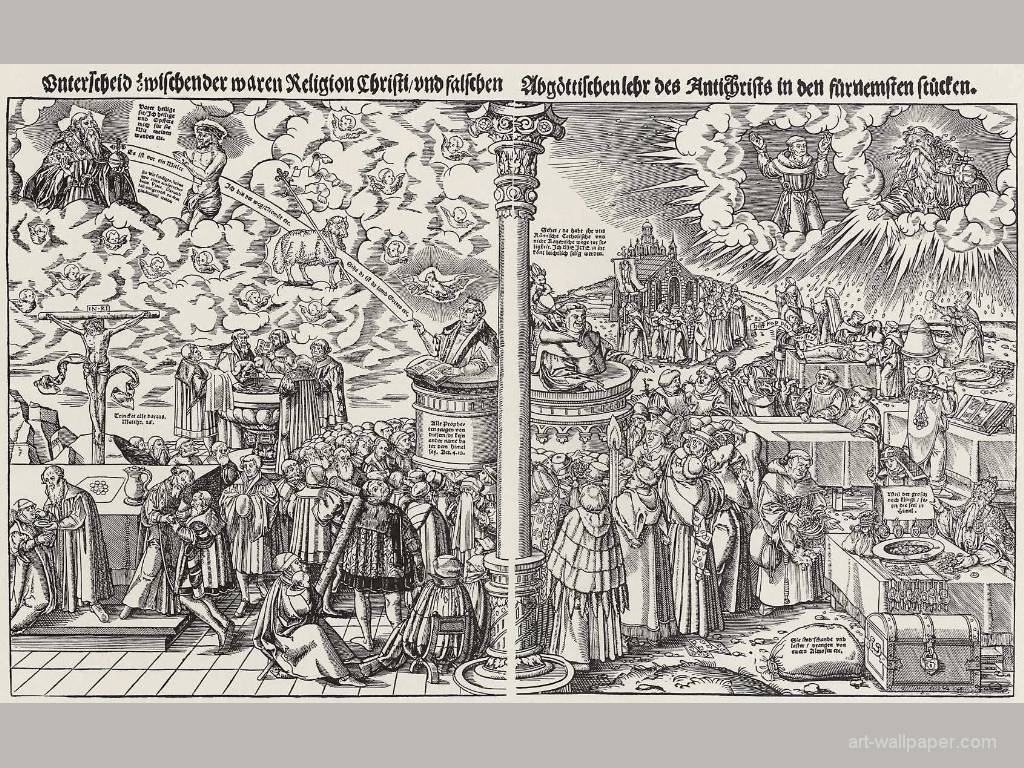 I’ve been thinking about José’s blog on Luther’s Freedom (2/19), which reminded of Max Weber’s The Protestant Ethic and the Spirit of Capitalism (PESC).

I find many of these ideas to be interesting.  The idea of Luther’s Reformation as a catalyst for change in terms of social relations in markets is pretty heady stuff.  I see the Reformation as the obvious move away from the [ideas/ideals] of the Catholic church (and its take on absolution and salvation, which was often criticized from within), which also marked a shift (in my opinion) a new era of spirituality, going from a more commutarian approach to an individualistic one, particularly under Calvinism.

After the Reformation, salvation was divorced (no pun intended) from leading a Christian life.  Pascal’s wager was irrelevant, as man could not influence God.  Nevertheless, through work could man serve God.  One’s profession was one’s calling.  It was later developments in Protestantism, i.e., John Calvin, where one couldn’t know for sure if they were saved, BUT success might be an indicator of it.  Hence, the Protestant work ethic was born.  It gave people meaning, as opposed to wallowing in nihilism due to not knowing one’s eternal fate.  Actions became centralized around the individual.  Community wasn’t dead, but status and legitimacy were now focused more than ever towards personal success.

Slouching towards late capitalism (or postmodernity), spiritual life was usurped by the profane.  The final fall of mediaeval asceticism?  The ascendance of a bourgeois ideology?  Materialism filled in the gaps of meaning.  (S)he who dies with the most toys, wins?  Brands become the symbols/totems that hold meanings.  Nike = transcendence.  Coca-Cola = global community.  Apple = cool rebellion.

While I find Weber’s PESC to be interesting, I think that the main idea is that the cultural context matters when it comes to determining the roots of the various flavors of capitalism, which is being fleshed out with recent research.  One could write a paper on the Shintoist ethic and the divine spirit of capitalism to explain the rise and fall of Japan, layering how feudal structures were thrust into capitalism under Meiji and how, decades later, overembedded networks of people and organizations were both a boon (70s-80s) and an albatross (90s-00s) to economic growth.  Cultural context.

image:  “Difference between the Protestant and Catholic church service” Cranach the Younger

Dude...thanks for bring in Weber. I didn't think about that angle when I participated in the Luther talk. Kapp Johnson would say that the idea of predestination is Calvinist, not Lutheran. You could say predestination is responsible for materialism....my wealth is a reflection of my salvation etc. It does bring up this chicken and eqq question we grapple with in Policy study -- do ideas drive interests or do interests drive ideas?

interestingly, ken, luther was responding to corruption in the catholic church when he posted his theses -- corruption vis a vis greed, wealth, etc. (the pope was his barry madoff, his enron. :-)) so, it was an economic problem of the combined church/feudal system. and somehow this, for me, provides a hinge for an argument about the rise of a new theology -- and its ideology of pre-destiny -- which, in part, gives rise to shifts in our ideas about not just "good" work, not just "why are we here," but also in the economic system and the eventual bourgeois revolution.

you said: "It was later developments in Protestantism, i.e., John Calvin, where one couldn’t know for sure if they were saved, BUT success might be an indicator of it. Hence, the Protestant work ethic was born. It gave people meaning, as opposed to wallowing in nihilism due to not knowing one’s eternal fate."

i like that you say 'it gave PEOPLE meaning' which is of course the battlecry of the renaissance, but -- what is interesting, in thinking about how you've gone at this, is the way the shift away from catholicism in terms of 'not knowing one's eternal fate' -- rather than it's being simply unknown -- though really, for a medieval catholic that fate (eternal afterlife / heaven) is understood, secured, attained through piety to and worship of GOD and those seen as divinely touched (some royals), whereas for the renaissance protestant there is (oddly) a MATERIALIST shift (in the feuerbach sense) toward the corporeal: aka, good work, good deeds, good success, perhaps good samaritanism meaning (as you say) that one's destiny is foreshadowed, hinted at, and (thus) understood. in your theory, then, it is really a materialist shift that can be seen as leading to the bourgeois revolution, the rise of the individualist subject, and relevant social transformation.

there is of course a deep connection here also to the rise of the nation-state in the same period: perhaps this 'in-group' (an extension of the individual) goes about doing precisely the same thing at the same time but simply on a larger scale: european nations are colonizing the world over perhaps also propelled by that same work ethic and all its (economic) implications. i have to think about this more -- but certainly it is an interesting revision of benedict anderson.

[...] We have as a society learned to value human accomplishment, through grit, innovativeness and entrepreneurship; part of that is hard work, necessarily. But how have we come to forget the value of work to be contingent upon what it makes us achieve, and what it enables us to enjoy? Max Weber’s Protestant capitalist was someone who toiled away through gritted teeth because it was the closest approximation to a ticket to Heaven; as we thankfully have moved past such absolutism, we can’t let our work fetish fill the void left by spirituality’s timely departure. [...]