One Year Later: Will Words Lead to Action? 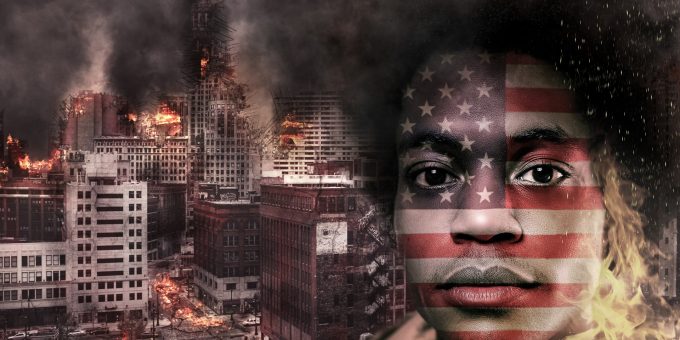 I must admit that I didn’t want to write this piece. It feels like I am giving away too much by sharing my experiences and emotions. I know that words have power, but black people have been writing our stories and sharing our truths for over four hundred years…and so much of that time our words have fallen on deaf ears. Constant accusations of “oversensitivity,” “making race an issue,” or imposing “political correctness” onto “innocent” white folk gets old.  It is also extremely painful. Black people are often accused of being angry, and we are…but underneath our anger is a pain so raw, so intense and so constant that the only way to keep going is to “numb” ourselves to the many faces of racism that reveal themselves day to day.  The numbing itself is exhausting as is the process of deciding which racist comments/actions we will respond to, how to respond to them or whether to let them go.

So here I sit, consumed with all that I have written above and struggling to figure out what in the hell I should write next. I suppose I can start with the fact that I was shocked that this murder happened in Minneapolis. I lived in Minnesota for a total of fifteen years, four in a little rural college town, and eleven in Minneapolis. I have never been under the delusion that racism was non-existent in Minnesota (or anywhere for that matter) but the racism I witnessed during my years there was covert and of a non-physical nature. Brutal, violent racism was thus very real but something “out there” in other places like LA, where Rodney King was beaten. I remember when the verdict came out and I participated in the protests and demands for change that characterized many post-secondary institutions at the time. Still, there was a cerebral, dissociative component to our protests—the kind that happens when you know about something but haven’t experienced it yet. Like the difference between the time before you are called a nigger for the first time, and the immediate aftermath. Before the moment you have an abstract sense of injustice, but when called that word you feel like your entire body has been stomped into the ground.

My personal experiences living in Minnesota (and particularly in Minneapolis) were characterized by that cerebral component in large part because I created a protective bubble around myself. First, I was a loner for the most part, and thus had a handful of friends whose political persuasions were similar to my own. Second, I did not drink, so I was never engrossed in the bar or club scene and this further limited my social network. Third, I only worked in non-profit institutions dedicated to social justice. So, I took pains to make sure my daily life was as “racist-free” as possible and that most of my energy could be spent fighting alongside my colleagues against racism and other injustices. Eventually, I applied for and was accepted to the University of Minnesota’s doctoral program in Sociology. Certainly, the department was no utopia, but the discipline itself as well as its students and professors were more open to discussing issues of inequality and social justice than many other academic spaces, or social spaces in general. The program also introduced me to one of my life’s greatest gifts: my husband, to whom I have now been married nearly seventeen years.

Thus, my graduate school career also afforded me a certain level of “protection” from the violent and non-violent racism that so many others—especially black men—endure.  The one experience shared by every single one of my black male friends (and acquaintances) is having been pulled over and harassed by the police because of his race. One was pulled over for driving a “nice car,” another for being “in the wrong neighborhood,” and yet another for daring to sit beside his white girlfriend in a parked car. He recounted how the police ran over to the car and asked his girlfriend if “she was okay” and pressured him to disclose his name. My friend was “lucky” in that his mother was a prominent attorney in the Minneapolis-St. Paul community. Once the police learned this information they returned to their car. Nevertheless, while walking away they were sure to let my friend know that they were “watching him.” In essence, they were the predators, and he their prey. Their chief desire was not to serve and protect, but to hunt and consume. This is what the police did to George Floyd. They hunted him down, put their knee on his neck and consumed his life by squeezing the very breath from his body.

Property can be rebuilt; those murdered cannot be brought back to life. Therefore, one would think that labels such as “animalistic” or “barbaric” would be placed on policeman who have ended black lives. But I have heard no such term used for the police officers who killed George Floyd. How can this be? Just two weeks ago a large group of white protestors marched into the Michigan State Capitol armed and screaming that the COVID 19 quarantine violated their constitutional rights, yet their behavior was neither described as “barbaric,” “thuggish” or even “violent”? Further, how can we make sense of the self-discipline the police used to keep from acting aggressively towards these protestors when no such restraint is exercised while encountering unarmed black protestors?

Whether brutality against black bodies takes place in Minneapolis, LA, New York City, or elsewhere, it will not stop unless we consciously and consistently challenge the white supremacy that is endemic to U.S. culture. Until that happens, no act of violence against a black person, no matter how graphic or outrageous, will ever be enough to realize the equality we claim to seek.  And it is only if and when that time comes that I, along with so many of my black brothers and sisters, will start believing that our words mean anything to anyone other than us. It is only then that papers like this one will seem to be more than a mere exercise in writing.

Marcia Williams is an Adjunct Assistant Professor in the Department of Social and Cultural Sciences at Marquette University. A sociologist (Ph.D., University of Minnesota, 2008), her work challenges cultural deficit explanations of racial gaps in academic achievement for African American students.

Marcia Williams is an Adjunct Assistant Professor in the Department of Social and Cultural Sciences at Marquette University. A sociologist (Ph.D., University of Minnesota, 2008), her work challenges cultural deficit explanations of racial gaps in academic achievement for African American students.