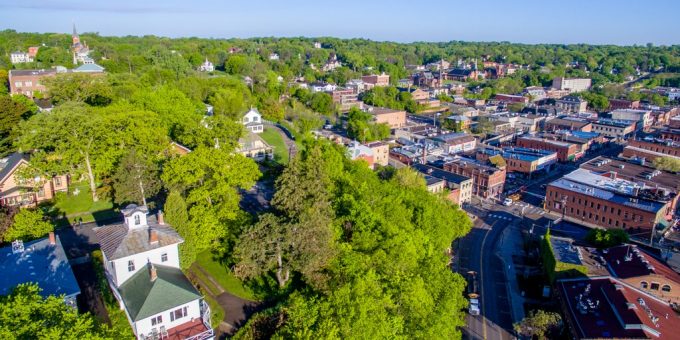 I’ve always thought of Minnesotans as thoughtful, nice, salt of the earth people. For the most part, I still do, although I realize that those of us who were raised there have a peculiar way of interacting and dealing with the world. Unfortunately, our style of interaction and the world view it embodies allows things, important things, to go unsaid and unresolved. So, while I adore my home state, the Minnesota I see currently, grappling with profound racial bias, disparity, and injustice, is largely irreconcilable with my wonderful memories of the land of 10,000 lakes, and more of a reminder of why Minnesota Nice becomes a strategy of avoidance. As a sociologist and criminologist, the senseless deaths of George Floyd, Philando Castile, Jamar Clark, and Thurman Blevins (and these are just the names that made national headlines and reached me in my adoptive Midwestern state) at the hands of police require me to re-examine much of the idyllic character I have always ascribed to my Minnesota roots.

Why was I so unaware, you may ask? Growing up in Minnesota in the 1970s, I didn’t think much about race, or ethnicity, for that matter. Although Stillwater’s current population estimate is just under 20,000, almost 94% of Stillwater’s inhabitants are White, with 2.6% classified as Black. After tracking down the population demographics from the 1970 Census, Stillwater’s population was just half what it is now, and only one Black person (not 1%, just one) was counted in that year’s figures. By the 1980 Census, there were eight Black residents, or less than 0.1 percent. Stillwater felt that White too. My high school graduating class, which was relatively large at almost 500 students, represented those born primarily in 1973 and 1974, and it pulled from surrounding communities as well, but still had only two Black students.

Not only did I not think about race and ethnicity, I didn’t really talk about it either. Despite having an immigrant father, who spoke with an accent that others described as thick (I rarely noticed it until he said the word mayonnaise or flipped into Spanglish in a fit of anger), we never discussed race or ethnicity as topics unto themselves in our house. Occasionally, outside of our home, our ethnic background became topicalized. Although my dad was from Spain, which likely made him the right kind of immigrant in 1981 when he became a citizen, classmates would frequently confuse his country of origin with Mexico, make “playful” jokes that I was a “beaner” or “spic,” and marvel at our weird meals with nary a tater tot hotdish in sight.

And, by not talking about race and ethnicity in meaningful ways, I didn’t really see it. Notwithstanding the era in which I was raised, my parents both emphasized colorblindness, an approach to racial difference that now appears preposterous at best, and damaging at worst. The generally well-intentioned sentiments that “people are people” and “we don’t see skin color” fits squarely with the Minnesota Nice mentality. Clearly, the preposterous part is that visible difference remains visible, even when you claim not to see or act on it. The more injurious outcome, however, is that by claiming colorblindness we discount the experiences of people of color, relegating the racism, bigotry, and disparate treatment they experience to some imaginary realm. It is so easy, and likely tempting, when you don’t see racial diversity to make a claim to colorblindness.

Liberal, progressive, high quality of life, what’s not to love about the land of 10,000 lakes? I suppose the answer to that depends on the color of your skin. On this one, they don’t get a pass though, as Minnesota Nice will not resolve the state’s deep-seated racial inequities. Thankfully, Minnesotans are a resilient bunch. The winters make sure of it. Hardy folks with a tenacious “we can push through it” attitude. So, the time is now for Minnesotans to become a little less “nice,” take a closer look at ourselves, and confront what are some of the largest racial gaps and disparities in the United States, too often obscured by our pleasantries, platitudes, and a hefty dose of “you betchas.”

Danielle Lavin-Loucks is an Associate Professor in the Department of Sociology and Criminology at Valparaiso University. Her research and teaching interests are in Ethnography; Conversation Analysis; Criminology; Social Psychology; Corrections/Parole; Urban Education; and College Access, Readiness, and Persistence.

Danielle Lavin-Loucks is an Associate Professor in the Department of Sociology and Criminology at Valparaiso University. Her research and teaching interests are in Ethnography; Conversation Analysis; Criminology; Social Psychology; Corrections/Parole; Urban Education; and College Access, Readiness, and Persistence.