One Year Later: Reflections on an Exceptional State 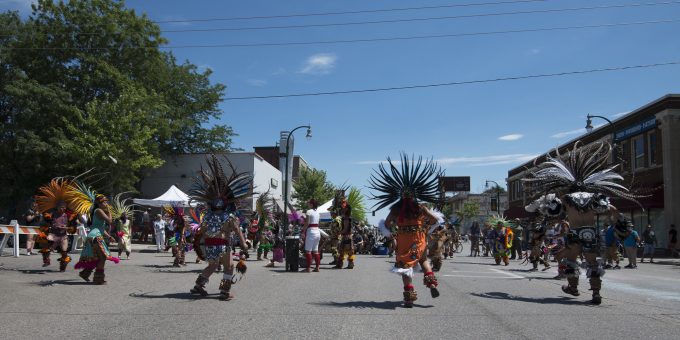 “It sickened me no end to see George tortured to death like that….It was beyond ugly. Let’s hope that justice comes swift for the Floyd family and for the nation.” — Minnesota native Bob Dylan, quoted in the New York Times, June 12, 2020.

Though I have not lived in the state for almost 40 years, I still feel Minnesotan. Growing up, I believed that my home state was exceptional. We had clean egalitarian government, more than our share of Fortune 500 companies and of course over 10,000 lakes. Our exceptionality extended to race relations, though since there were then few African Americans in Minnesota, this particular exceptionality was more theoretical than practical.  My third-grade geography class textbook “Our Minnesota” reported that about 30,000 Minnesotans traced their ancestry to Africa – less than one percent. The percentage was even lower in Rochester, Minnesota, where I was born during the Eisenhower Administration. Rochester too was exceptional. It was and is the home of the Mayo Clinic, which made it a bit bigger, wealthier and, we felt sincerely, better than the other small cities that dot southern Minnesota and its midwestern neighbors.

My mother left Georgia after high school, moved to Chicago, became a nurse, met and married my father, a newly minted physician. A few years later, my father accepted a position at the Mayo Clinic and moved to Rochester, Minnesota. Colder than Illinois, and well-nigh uninhabitable by Georgian standards.

I was the first-born Minnesotan in the family. So, though it was the only home I knew, save for a college semester in Chicago, for my first 26 years, I have no ancestral roots.  We were Catholic, not Lutheran; we had no Scandinavian heritage. I cannot say we were discriminated against for these reasons, but we often felt slightly out of  place.

The Mayo Clinic was conservative. As Ken Burns pointed out in his otherwise laudatory documentary “Faith – Hope – Science”, Mayo had no black doctors on staff until the 1970s. The Mayo leadership explained that they were not racist; their rationale was that many patients might be uncomfortable with a black doctor.

My mother’s father continued to live in Georgia until the mid-60s. We would visit him most summers. On one such trip when I was seven, I was looking out the window at the passing scene. We’d stopped by a gas station with a promotional sign featuring a giant bird with moving wings. I elbowed my older sister and said “Look – eagle!”  No, she corrected me: those are Negroes. I explained what I meant, and she pointed out several older African Americans sitting on benches in front of the gas station. I noted their dark skin and assumed this was due to the sun, which always scorched my skin on these trips.

This was my fairly benign introduction to race in America. Later on, during the same trip, my mother would explain that African Americans had originally come from Africa, been slaves until the Civil War set them free. She also said that she had been taught by her parents and Catholic school teachers to treat African Americans with kindness and respect. She also told us that not everyone did.

The summer of 1967 saw urban uprisings in many Cities, including the two big cities I knew, Chicago and Minneapolis. I learned that America’s  great cities were often terrible places for African Americans. I remember staying up late listening to radio reports about the Army moving into Detroit. Until that time, I was aiming to be an astronaut. Now I first wondered if using space-age technology to make cities better might be a worthier goal.

I went to Carleton College in Northfield, Minnesota, a two-college town that had 12,000 residents and 4,000 students. As I recall there were about 100 black students at Carleton – a percentage far higher than the 200 African Americans in all of Rochester. My junior year, I was persuaded by a friend with political acumen to run for student body president. I lost, coming in third actually, behind an African American woman and a Chinese American male. I did beat another white male. This to me signaled that Minnesota was special. African Americans could not only find a niche, they could rise to the top.

Shortly after graduating from Carleton I drifted north to Minneapolis in 1979. I lived with friends in Phillips, a poor, mixed ethnicity neighborhood near downtown; Lake Street is its southern boundary.  There were some African Americans, but the largest visible minority in the neighborhood were Native Americans, and specifically Ojibwe. Now Phillips is majority minority, with just under a third of residents African American, another third Latinx. We all got along more or less, though the only African American I became friendly with was a friend’s landlord (another snippet of progress, perhaps). Truth be told, I did not make many new friends in my three and a half years in Minneapolis. I was struggling to find myself and mostly stuck to my micro-society of friends who had also moved there.

I have now told you about me and related to how I was not raised to be a racist. I have also raised a larger claim, that Minnesota is exceptional. Beyond what I have said so far, for me the best evidence for Minnesota being different rests on a Litany of our Saints: Hubert Humphrey, Eugene McCarthy, Walter Mondale (still living) and Paul Wellstone. And Bob Dylan. And Prince Rogers Nelson.

Though I believe in it still, the nature and value of Minnesota’s exceptionalism is elusive and must be characterized with caution. I still think Minneapolis is a better city than most cities, and Minnesota is a better state than most states. Yet I do not doubt that many, many African Americans have a different experience of the city. Hubert Humphrey or Derek Chauvin. Which represents the true Minnesota? That is what everyone is wondering and pondering. I feel certain, but cannot prove, that it is Humphrey and not Chauvin.

A friend who lives in St. Paul recently told me that Minnesota should be a little bit better than other places, because African Americans and other minorities came to the state and its cities later than other northern states and cities. Thus, we could benefit and learn from prior experience elsewhere, and we could do better. But did we?

I would say we did a little better, but not nearly good enough. We now need to learn from our own mistakes. And act to correct them.  Quickly.

Richard Lee is a lecturer in the Department of Urban & Regional Planning at San José State University. He is also a principal of Transportation Choices for Sustainable Communities. Lee is a certified planner, transportation consultant, and academic with a longstanding and wide-ranging interest in sustainable transport and human-scale cities. He has over 30 years of diverse experience in transportation and urban planning.

Richard Lee is a lecturer in the Department of Urban & Regional Planning at San José State University. He is also a principal of Transportation Choices for Sustainable Communities. Lee is a certified planner, transportation consultant, and academic with a longstanding and wide-ranging interest in sustainable transport and human-scale cities. He has over 30 years of diverse experience in transportation and urban planning.