One Year Later: A Letter to an Old Friend about Race 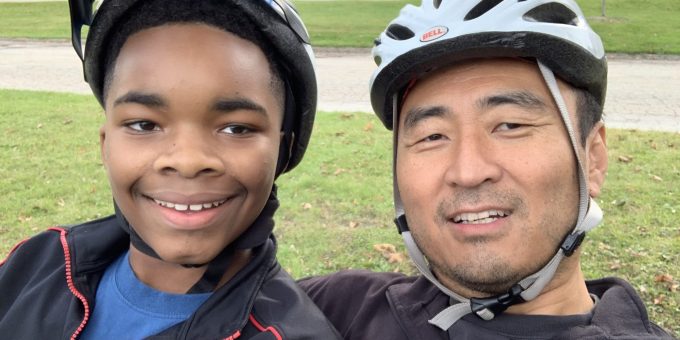 The fact that George Floyd’s murder took place in Minneapolis took on additional significance for me. I love you, Minnesota. I spent many summers fishing and swimming in your lakes surrounding Brainerd. I biked for countless hours in your neighborhoods including Midway, Longfellow Park, Grand Ave, Loring Park, Highland Park, Brackett Park, Near North, Powderhorn Park, Frogtown, Uptown, Dinkytown and many others. I have taken the 21A bus up and down Marshall Ave/Lake Street more times than I can count. I graduated high school from Highland Park High in St. Paul. I left you a while to travel but ultimately returned to attend the University of Minnesota as an undergraduate and then went on to complete my doctorate there, where I met my wife. Minnesota, we no longer share a home, but I consider myself Minnesota to the bone.

I had a physical education teacher for the first several years of my elementary education that was beloved by most of the other students. The gymnasium was eventually named after him after he retired. Whenever he would get upset with me, he threatened to ship me back to Korea.

A white substitute teacher in middle school held me after class and told me Asian people are not supposed to act boisterous or misbehave. He told me Asians are supposed to be quiet and obedient.

When I was 13 or so, I was walking around one of the small shopping malls in downtown St. Paul with a white classmate. A group of white boys walked up to me and one spit in my face and told me he was going to “beat my ass because he hated chinks.” My classmate watched and did nothing.

All during high school, white classmates and friends repeatedly begged me to act out scenes involving the Asian character from the movie, Sixteen Candles.

These experiences scarred me deeply and I still struggle with their impact as an adult. As the foundational Omi and Winant book Racial Formation in the United States argues, however, not all racial animus is the same. I saw this as well. While I was being threatened to be sent back to Korea, the lone black boy at my elementary school was ridiculed, shunned, and bullied. He didn’t last more than a year before he left.

Then I bore witness to the criminal justice treatment of Black Americans in Minnesota.

I worked as a security guard while attending the University of Minnesota as an undergraduate. Most of my shifts entailed sitting at a kiosk in St. Paul’s skyway system doing my homework. During one shift over the weekend, I saw two young black boys around 12 to 14 years old walk by and head to an area that housed an escalator, which led to a bar and a building exit on the first floor. They disappeared from my view as they descended the escalator. About 15 minutes later I saw them reappear in the skyway and walk back to my desk. They said they wanted to report, “some crazy white guy that started yelling at them, grabbing them, and physically hurting them.” I was taken back at first. I then asked them to repeat their story, which at the time sounded outrageous.Even though he was dressed in plain clothes, he brandished his badge and told me he was an off-duty officer. He told me that the kids had been sliding down the escalator, so he “taught them a lesson.”

We all walked down the skyway to the escalator and went down to the bar. I asked the bartender if anyone here assaulted these kids. A 40-ish white guy stood up and walked over to me and told me everything was fine. Even though he was dressed in plain clothes, he brandished his badge and told me he was an off-duty officer. I noticed a beer where he had been sitting and he appeared to be intoxicated. He told me that the kids had been sliding down the escalator, so he “taught them a lesson.”

The bartender then joined in and said that kids like the ones next to me were always causing trouble and playing around on the escalator. I told them, I don’t care what the kids did, no one should be putting their hands on them. I told the bartender that he should have called me if he needed to report something. Several other patrons at the bar, the bartender, and the off-duty officer (all of whom were white) started yelling at me and the kids and told the kids to leave and never come back.

The three of us were speechless as we walked back to my security desk. I apologized to the kids for not being able to help them, but I did let them know I would write the incident up in my daily log. As the kids left, I unsuccessfully tried to make sense of what just happened. About 30-40 minutes later, the boys came back with their father. He asked me what happened, and I told him. He then asked me to call the police. I did and handed him the phone at my security desk. About an hour later a single black police officer arrived and after we told him what happened, he took a long breath and said, “Look, I can report this to Internal Affairs if you want, but I can tell you now, nothing will happen and nothing will come of this.”

The boys’ father heaved his shoulders, shook his head and the officer left. The boys, their father, and I stood in silence for several moments. He then told me he appreciated my help, took his two sons, and walked away. I will never forget that moment. I kept wondering, what do fathers tell their sons in that situation? What are the words that can provide comfort for two young boys who were assaulted by a white off-duty police officer who was likely intoxicated but also completely protected by his race and his badge?

These talks are difficult for me as well. Can’t I just let him be a kid? Can’t I just pretend that when he steps outside, people will see him as a person instead of a threat? No, I can’t. I would be grossly neglecting my parental responsibilities if I did. That is a luxury parents of black children do not get. The challenge I share with my wife is to initiate these critical yet difficult conversations that rob him of his innocence and childhood in a way that does not make him hate and resent being black. At times, this seems like an impossible task, but for his sake, we must keep trying.

I would not go so far as to claim that there has been no progress on addressing racial inequality and injustice. My very life represents some level of progress. I am an adopted Korean American, married to an African American woman, with an adopted African American son. Scenes like Derek Chauvin kneeling on George Floyd’s neck, however, remind us that we haven’t made as much progress as is needed. As a father, I fear that my son will have to have these same difficult conversations with his black children.

Darren Wheelock is an Associate Professor in the Department of Social and Cultural Sciences at Marquette University. He is the Director of Graduate Studies for the Criminal Justice Data Analytics Program. He is also the faculty lead for Educational Preparedness Program for Currently and Formerly Incarcerated Students at Marquette University. His research and teaching interests are in Criminal Punishment and Social Control, Racial and Ethnic Inequality, Punitive Attitudes, Racial Attitudes, Prisoner Reentry, and Collateral Consequences.

Darren Wheelock is an Associate Professor in the Department of Social and Cultural Sciences at Marquette University. He is the Director of Graduate Studies for the Criminal Justice Data Analytics Program. He is also the faculty lead for Educational Preparedness Program for Currently and Formerly Incarcerated Students at Marquette University. His research and teaching interests are in Criminal Punishment and Social Control, Racial and Ethnic Inequality, Punitive Attitudes, Racial Attitudes, Prisoner Reentry, and Collateral Consequences.