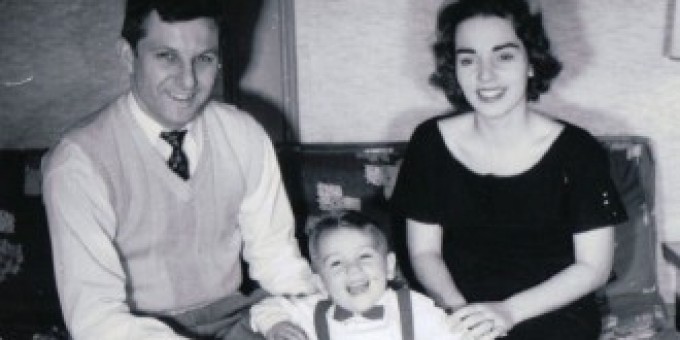 Editor’s Note:
This is the third in a series:

The simple narrative of who gets ahead in America is in serious trouble. Social scientists know that systems of inequality work best when they generate a coherent narrative about how people get ahead, and this includes fairly elaborate descriptions of who is rewarded for what they do (and who is not rewarded for doing something else). Cultural ideologies are the stories we use when we lack other information. These narratives or ideologies are usually part truth and part fiction, and for many of us they exist at the level of stories that are passed from one generation to another as a sort of “to do” list for getting ahead.

The combined changes in the U.S. political and economic systems over the past thirty years have deprived us of plausible stories that people can use as guidebooks for doing well (or making good). To demonstrate how much things have changed, let’s contrast what parents said to their children as late as the 1970s with the way the current system works. These are the shifting rules of the middle class game, each stemming from the last:

The new reality doesn’t describe a coherent narrative for getting ahead. It’s just a sad statement of bleak facts. So what’s the new advice? “Choose your parents well!” Hmm. Yes, rates of mobility have stagnated and socioeconomic status is largely inherited, but that’s not exactly a realistic proposition.

Others might suggest that the problems of old age can simply be eliminated. Unfortunately, this means repackaging old age, not actually addressing problems. Susan Jacoby, Scott Fitzgerald, and I have all noticed that, just when Americans can’t afford to retire or spend our golden years fishing (we realize you might have other plans), suddenly “Sixty is the new thirty!” Of course it is: nobody can afford to be old, so they just won’t be. They’ll work as much or as little as their savings and investments allow, aging into a lifespan lengthened by medicine but constrained by economics.

Still others might suggest merciless pragmatism. As grandmothers have said the world ‘round, “It’s as easy to fall in love with a rich man as a poor one.” And, sure, college can be a good investment, especially if you pursue a business degree and if the roommate you’ve been assigned happens to be the next Bill Gates or Mark Zuckerberg.

Many will argue that the same situation is facing young people around the world, but it’s not. The U.S. rate of social mobility is among the lowest in the 34 Organisation for Economic Cooperation and Development (OECD) nations. Many countries have rising inequality, but none have inequality numbers that look as daunting as ours. And if we can’t come up with a plausible cultural narrative, people will lose faith in the system. Why follow the rules? Why bother with college? Why go to work at a dead-end job? If it’s not a step toward something “better,” toward a dream, it’s hard to see why young people would follow the ladders of an admittedly out-of-date, lockstep notion of life stages.

Clearly something is wrong when chance and luck play a bigger role in who gets ahead than skill and investment. If nothing else, people need to realize that there is no single easy solution, such as getting more education, that will fix the rather understandable malaise afflicting so many of us. Employers, investors, and the global market are just as capable of treating educated workers badly as uneducated workers. There is no “personal life boat” to get us out of this mess. We can start with reasserting the basic dignity of a job well done, and we can stop championing the “success” of those who gain wealth and power with unearned incomes, paving the way for their children to lead a life of privilege behind them. It’s policy, however, rather than pie-in-the-sky hopes that American minds can be changed overnight, that will get us back on track.