A Year Later: All Roads Lead to 38th and Chicago 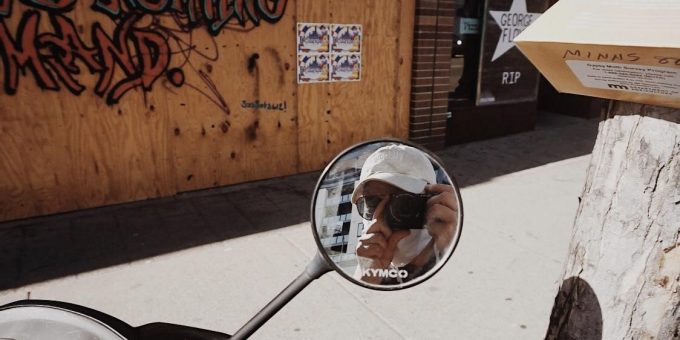 The Wonderful/Wretched Memories of Racial Dynamics in the Twin Cities, Minnesota special feature publishes stories of social scientists with ties to the Twin Cities of Minneapolis and St. Paul but now live elsewhere. Having just moved to Minneapolis in August of 2019, most of my Twin Cities stories are still unwritten. However, this first year has been an unforgettable, heartbreaking, and inspiring chapter. My contribution to this series complements those recollections of past years with a more recent reminiscence of Minneapolis in May and June of 2020.

The Black Lives Matter (BLM) Movement is simultaneously about dismantling white supremacy, while establishing new systems conducive to a more just world. Since the murder of George Floyd by Minneapolis Police on May 25, 2020, all eyes have been on Minneapolis. The city erupted into mass protests following the murder and sparked an international reckoning with the issues that generated BLM. In Minneapolis, news media highlighted the sensational—massive protests that were frequently broken up by tear gas, rubber bullets, and police in riot gear; burning buildings; looted storefronts—and a city in serious distress. Unfortunately, the national media ignored much of the community care happening in the city. For example, Tomme Beevas from Pimento Jamaican Kitchen explains why he transformed his restaurant into a safe space and donation hub: “We decided to keep our doors open through the protests so that we could be a safe place for people who were out there. If not us, then who? If not now, then when? There are long term problems that we have to fix in this country, but right now Minneapolis is ground zero. We have to be in this” (Beevas and March 2020). Furthermore, reflecting on the possibility of his restaurant being damaged during the protests, Beevas explained, “We thought, ‘If the building burns, well, we’ll figure it out.’ Because Pimento isn’t a building, really. Pimento is people” (Beevas and March 2020). Similarly, Ruhel Islam, owner of Gandi Mahal, an Indian restaurant that was damaged by the fires said: “Let my building burn, justice needs to be served” (Boller 2020). Perhaps some things need to burn so we can build better things.Perhaps some things need to burn so we can build better things.

While countless storefronts were boarded up amidst the fires and protests, local artists came out and used those boards as a platform to amplify BLM and support victims of police brutality. This video showcases some of the street art that can be found in South Minneapolis from 38th and Chicago (the site of George Floyd’s murder) west down Lake Street and around the Uptown neighborhood (about 2 miles from 38th and Chicago). The video is a tribute to some of the wonderful amidst the wretched of Minneapolis, two intrinsically related and necessary realities of this moment.

Anna DalCortivo is a PhD student in the Sociology Department at the University of Minnesota. Her scholarly interests include crime, law, and punishment, social movements, and race. She is currently working on projects involving juvenile decarceration, the prison abolition movement, and All Square (a Minneapolis nonprofit social enterprise that invests in people with criminal records).

Anna DalCortivo is a PhD student in the Sociology Department at the University of Minnesota. Her scholarly interests include crime, law, and punishment, social movements, and race. She is currently working on projects involving juvenile decarceration, the prison abolition movement, and All Square (a Minneapolis nonprofit social enterprise that invests in people with criminal records).