When I was eight, my brother and I built a card house. He was obsessed with collecting baseball cards and had amassed thousands, taking up nearly every available corner of his childhood bedroom. After watching a particularly gripping episode of The Brady Bunch, in which Marsha and Greg settled a dispute by building a card house, we decided to stack the cards in our favor and build. Forty-eight hours later a seven-foot monstrosity emerged…and it was glorious.

I told this story to a group of friends as I ran a stack of paper coasters through my fingers. We were attending Oktoberfest 2017 in a rural university town in the Midwest. They collectively decided I should flex my childhood skills and construct a coaster card house. Supplies were in abundance and time was no constraint.

I began to construct. Four levels in, people around us began to take notice; a few snapped pictures. Six levels in, people began to stop, actively take pictures, and inquire as to my progress and motivation. Eight stories in, a small crowd emerged. Everyone remained cordial and polite. At this point it became clear that I was too short to continue building. In solidarity, one of my friends stood on a chair to encourage the build. We built the last three levels together, atop chairs, in the middle of the convention center. 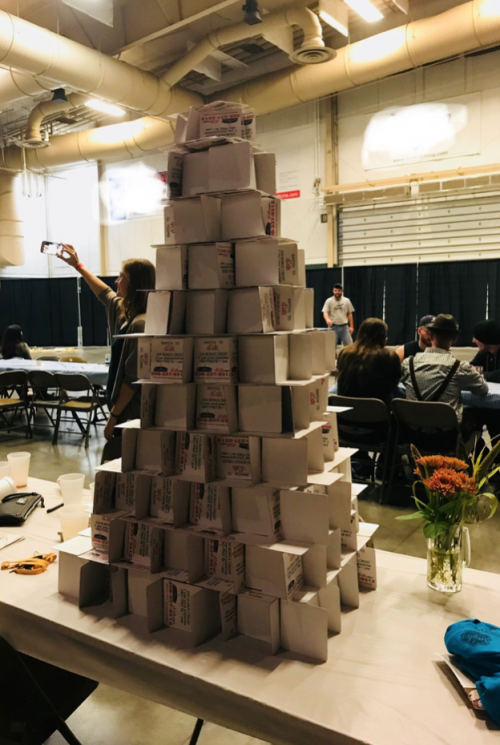 Where inquires had been friendly in the early stages of building, the mood soon turned. The moment chairs were used to facilitate the building process was the moment nearly everyone in attendance began to take notice. As the final tier went up, objects began flying at my head. Although women remained cordial throughout, a fraction of the men in the crowd began to become more and more aggressive. Whispers of  “I bet you $50 that you can’t knock it down” or “I’ll give you $20 if you go knock it down” were heard throughout.  A man chatted with my husband, criticizing the structural integrity of the house and offering insight as to how his house would be better…if he were the one building. Finally, a group of very aggressive men began circling like vultures. One man chucked empty plastic cups from a few tables away. The card house was complete for a total of 2-minutes before it fell. The life of the tower ended as such:

Man: “Would you be mad if someone knocked it down?”

The man proceeded to punch the right side of the structure; a quarter of the house fell. Before he could strike again, I stretched out my arms knocking down the remainder. A small curtsey followed, as if to say thank you for watching my performance. There was a mixture of cheers and boos. Cheers, I imagine from those who sat in nearby tables watching my progress throughout the night. Boos, I imagine, from those who were denied the pleasure of knocking down the structure themselves. 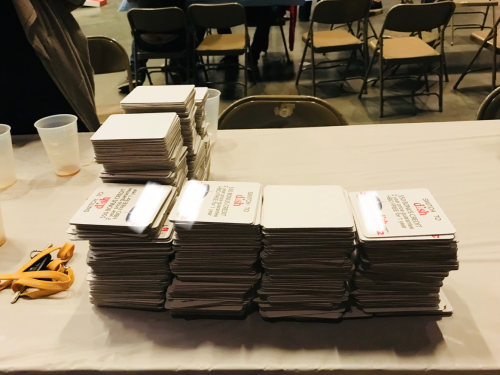 As an academic it is difficult to remove my everyday experiences from research analysis.  Likewise, as a gender scholar the aggression displayed by these men was particularly alarming. In an era of #metoo, we often speak of toxic masculinity as enacting masculine expectations through dominance, and even violence. We see men in power, typically white men, abuse this very power to justify sexual advances and sexual assault. We even see men justify mass shootings and attacks based on their perceived subordination and the denial of their patriarchal rights.

Yet toxic masculinity also exits on a smaller scale, in their everyday social worlds. Hegemonic masculinity is a more apt description for this destructive behavior, rather than outright violent behavior, as hegemonic masculinity describes a system of cultural meanings that gives men power — it is embedded in everything from religious doctrines, to wage structures, to mass media. As men learn hegemonic expectations by way of popular culture—from Humphrey Bogart to John Wayne—one cannot help but think of the famous line from the hyper-masculine Fight Club (1999), “I just wanted to destroy something beautiful.” 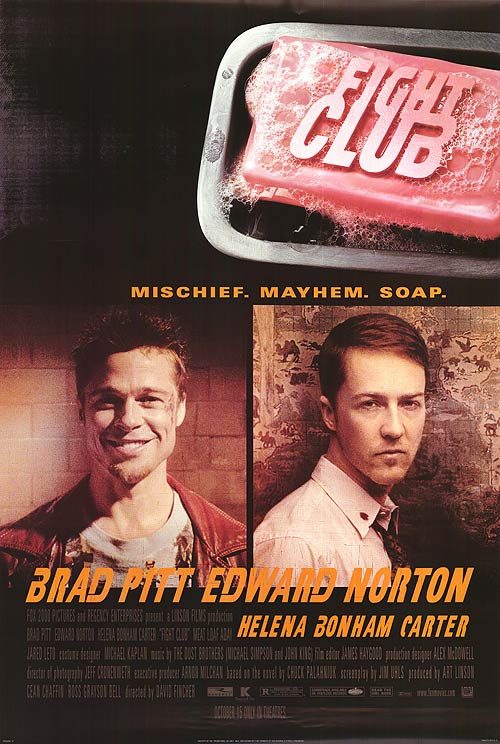 Power over women through hegemonic masculinity may best explain the actions of the men at Ocktoberfest. Alcohol consumption at the event allowed men greater freedom to justify their destructive behavior. Daring one another to physically remove a product of female labor, and their surprise at a woman’s choice to knock the tower down herself, are both in line with this type of power over women through the destruction of something “beautiful”.

Physical violence is not always a key feature of hegemonic masculinity (Connell 1987: 184). When we view toxic masculinity on a smaller scale, away from mass shootings and other high-profile tragedies, we find a form of masculinity that embraces aggression and destruction in our everyday social worlds, but is often excused as being innocent or unworthy of discussion.

Sandra Loughrin is an Assistant Professor at the University of Nebraska at Kearney. Her research areas include gender, sexuality, race, and age.

This blog has been on the wane for a while, but I think this post has convinced me to finally remove it from my RSS feed. There used to be a lot of interesting stuff here: interesting and diverse topics, lots of data, and thought provoking interpretations of that data. I still remember the article about trophy hunting and the posing of dead animals as if they were alive—where else would I have learned about that? Now we have paper coaster towers and, more generally, seemingly the same article posted over and over again, retreading the same topics without any new points of interest. I never learn anything here anymore. I suppose this is a reflection of what has happened to blogs and blogging generally.

Goodbye Sociological Images Blog. You were really important to me, way back when, as I was growing into the feminist I am now. It was a good run.

I respectfully disagree! I think the small, local stories are as important as the big-picture data. Please carry on, SI! Love from, someone who still reads and very much enjoys :)

I actually got here from my RSS feed and have now deleted.

Echoing ATM -- the little things are important; they are what contextualize the bigger stuff. I haven't had this particular experience, but now it's in my repertoire, to better understand ways that destructive masculinity can show itself.

True to the goal of Sociological Image of providing space for us to "develop (our) sociological imaginations with discussions of compelling visuals that span the breadth of sociological inquiry," I found the images Dr. Loughrin both provided and described to be very powerful. Her essay strongly resonated with my own parallel experience of being a woman in higher ed leadership, balancing on a chair and trying to build something as some throw metaphorical cups at my head and try to knock me down while many others sit by cordially (but silently). I agree, too, with ATM and Kristen that it is the recognition and examination of these small moments (microaggressions) that lead us to recognize that the macroaggressions did not spring up out of nowhere. Pulling weeds when they are tiny shoots is better than trying to clear a field overgrown with poison ivy and kudzu...but we have to know what those tiny leaves look like and understand what will happen if we just ignore them in our garden.

Thank you, SI, for giving us this space to explore complications both big and small.

I guess it's a pretty masculine response, but I'd probably punch the guy who punched my card tower like that. Some people think they own the world.

Your opinion points differently from mine, but it is very interesting. Thanks for giving me new ideas and inspiration.
뱃사공