Trump and the Neglect of the Working Class

Originally posted at the Contexts blog.

Among the many forces contributing to the surprising Trump election was the shift of many White working class voters to vote for the upstart candidate. For years, these working-class families had been hurting; their incomes stagnated, good jobs became hard to find, and their health suffered. More importantly, entire working-class communities declined. It was not just personal economic misfortune, it was a class.

The problems of the White working class were not unknown, but they were not often addressed very directly. Sometimes, the most common advice was they should get more training or send their kids to college – advice that could sound more like a middle-class put-down than a realistic policy addressing their problems. But, for the most part, the working class was just ignored, a neglect that made them ripe for Trump’s appeals. This neglect was a general cultural phenomenon; a Google ngram count of the phrase “working class” in American books shows a spike in the Depression Thirties and an even stronger growth from the mid-1950s to the mid-1970s. But after the mid-1970s, there is a steady decline, implying a lack of discussion just as their problems were growing.  The implicit message seemed to have been that their problems didn’t matter. 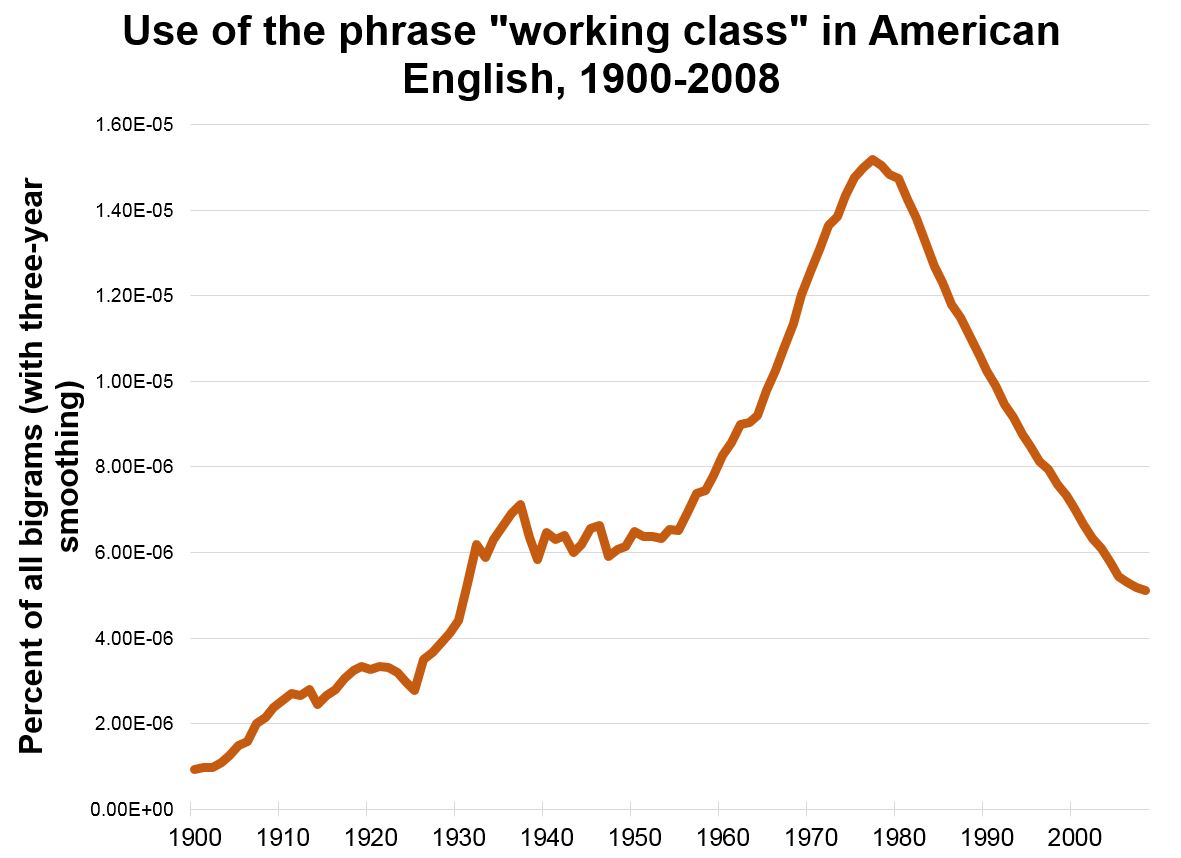 U.S. sociology was not immune from this broader cultural trend. A count of the frequencies of “working class” in the titles or abstracts of articles in the American Journal of Sociology and the American Sociological Review shows a quite similar if even more dramatic pattern: rapid growth in the 1960s, peaking in the 1959-1969 period, a steady interest for the next two decades and then an abrupt decline beginning in the 1990s. These articles on the working class were not insignificant; even through the 21st century, the authors include a number of ASA presidents. But overall, working-class issues seem to have lost their salience, as if even American sociology was also telling them that they didn’t matter. 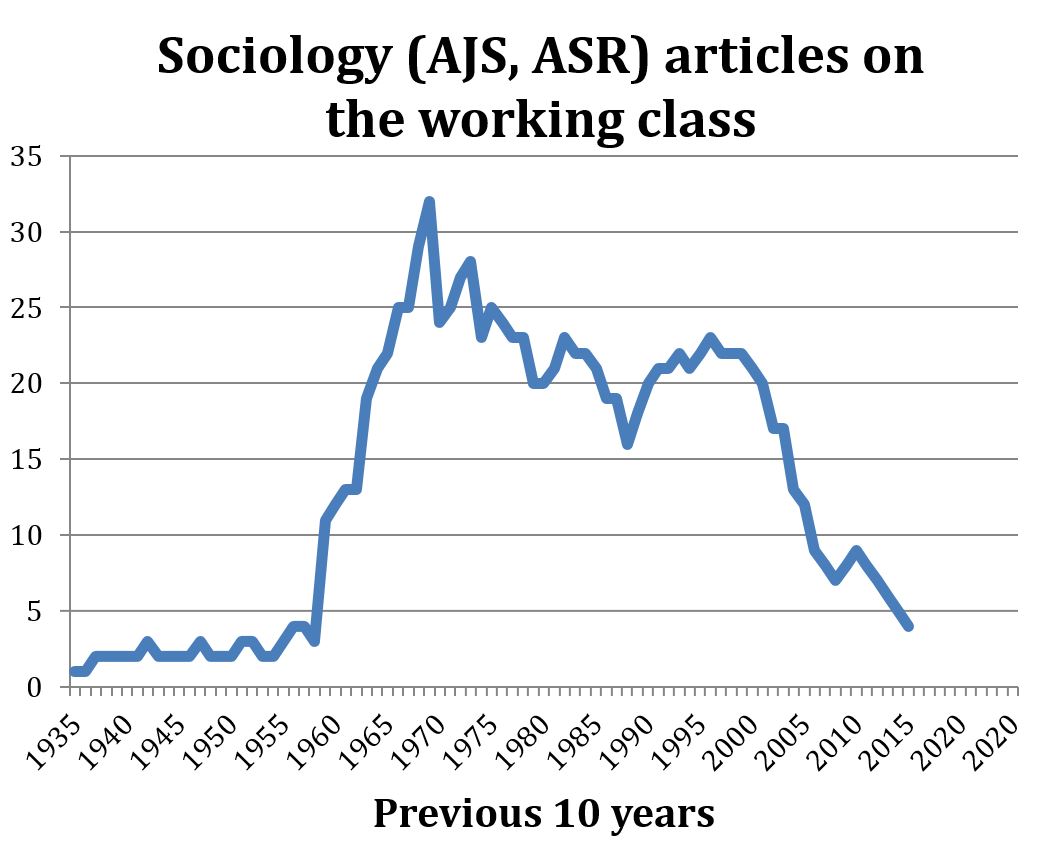 Perhaps the Trump election, which was in part a symptom of this neglect, may also produce its cure. Election post-mortems in the media have focused more attention on the white working class than they have received in years.  Academe may soon follow.  Arlie Hochshild’s Strangers in Their Own Land, and, in political science, Katherine Cramer’s The Politics of Resentment, are encouraging signs. But Trump was certainly dangerous medicine for what ails our professional discourse.

Reeve Vanneman, PhD is in the sociology department at the University of Maryland.

The issue with deriving meaning from content analysis such as this is that it's very prone to issues or bias with semantics and shifts in terminology. For example, this drop *might* be explained by the inverse popularity of the term "workforce" (see link below).

We Need To Once Again Take “The Working Class” Seriously | Reports from the Economic Front — February 1, 2017

[…] as Reeve Vanneman shows in a Sociological Images blog post, writers appear to have largely abandoned use of the term […]