The 2020 Summer Olympics will be held in Japan.  And when the prime minister of Japan, Shinzo Abe, made this public at the 2016 Olympics in Rio de Janeiro, Brazil, he did so in an interesting way.   He was standing atop a giant “warp pipe” dressed as Super Mario.  I’m trying to imagine the U.S. equivalent.  Can you imagine the president of the United States standing atop the golden arches, dressed as Ronald McDonald, telling the world that we’d be hosting some international event?

Prime minister Abe was able to do this because Mario is a cultural icon recognized around the world.  That Italian-American plumber from Brooklyn created in Japan is truly a global citizen. The Economist recently published an essay on how Mario became known around the world.

Mario is a great example of a process sociologists call cultural globalization.  This is a more general social process whereby ideas, meanings, and values are shared on a global level in a way that intensifies social relations.  And Japan’s prime minister knew this.  Shinzo Abe didn’t dress as Mario to simply sell more Nintendo games.  I’m sure it didn’t hurt sales.  In fact, in the past decade alone, Super Mario may account for up to one third of the software sales by Nintendo.  More than 500 million copies of games in which Mario is featured circulate worldwide.  But, Japan selected Mario because he’s an illustration of technological and artistic innovations for which the Japanese economy is internationally known.  And beyond this, Mario is also an identity known around the world because of his simple association with the same human sentiment—joy.  He intensifies our connections to one another.  You can imagine people at the ceremony in Rio de Janeiro laughing along with audience members from different countries who might not speak the same language, but were able to point, smile, and share a moment together during the prime minister’s performance.  A short, pudgy, mustached, working-class, Italian-American character is a small representation of that shared sentiment and pursuit.  This intensification of human connection, however, comes at a cost. 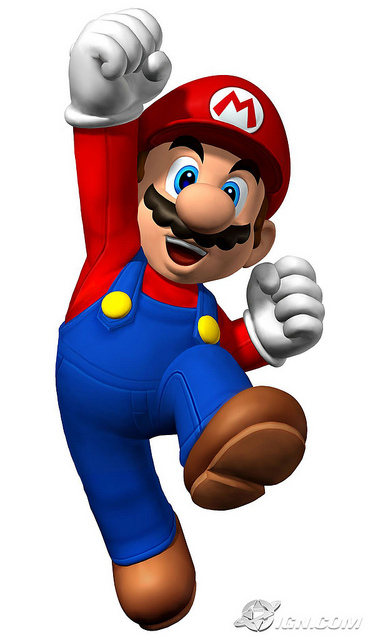 We may be more connected through Mario, but that connection takes place within a global capitalist economy.  In fact, Wisecrack produced a great short animation using Mario to explain Marxism and the inequalities Marx saw as inherent within capitalist economies.  Cultural globalization has more sinister sides as well, as it also has to do with global cultural hegemony.  Local culture is increasingly swallowed up.  We may very well be more internationally connected.  But the objects and ideas that get disseminated are not disseminated on an equal playing field.  And while the smiles we all share when we connect with Mario and his antics are similar, the political and economic benefits associated with those shared smirks are not equally distributed around the world.  Indeed, the character of Mario is partially so well-known because he happened to be created in a nation with a dominant capitalist economy.  Add to that that the character himself hails from another globally dominant nation–the U.S.  The culture in which he emerged made his a story we’d all be much more likely to hear.

Is Mario Italian-American? I always thought he was just Italian.

I didn't know Mario was a plumber.

Super Mario is the best version of all games I played. Today I buy college papers online and I also got the Mario new version on that site. So I am thinking to buy this version.

Do you want to know Redditors' opinions about Academized? Then you should check out Academized reviews Reddit to get useful data and true testimonials about them.

Hello, thanks for sharing this information with us. By the way, I wanna read franchising business plan online, can anyone please help me?

Thanks for the post
Best regards
assignment masters review.

My Assignment Help is one of the most difficulttasks a student faces during their academic career. However, not everyone hasthe ability to adequately express their ideas and claims; consequently, in suchinstances, it makes sense to delegate your job to one of the top assignmentwriting services, Write My Assignment

Students are typically convinced that they shall fail their upcoming semester owing to the workload on them, owing to the memorisation involved and owing to the dedication required. Hence, in such strenuous and arduous situation, students should hand over their task load to an academic help service such as https://writemyassignmentforme.co.uk

Custom Research Papers -Custom Research Papers are written by experts who have years of experience in this field. The team at Do My Dissertation has worked on thousands of projects before so they know how hard it can be to write original research papers and essays. This means that their content will always be original and unique which makes it perfect for any type of dissertation! https://dissertationguru.co.uk/

This gala of sale holds top-rated items, up to 50% off on halara coupon code , free gifts, and even free coupons. The sale will be on all the hot categories including technology, beauty, cosmetics, home appliances, decor, and even fitness gadgets. So, get ready to buy a lot without spending too much! The time to shop is finally here.

This assistant is also known as a citation management tool buy at domyonlinehomework.com. Therefore, the safest way to get out of the research frenzy is to avoid plagiarism in the first place.

Tribrid Packaging is one of the largest wholesale manufacturers which provide the facility of bath bomb containers wholesale. We are a pioneer in creating innovative custom packaging for our customers. We have experience of more than 10 years in the market. It's the reason that our services are acknowledged by the world-famous brand. Fulfilling the customer's requirement is our topmost priority.

Mario is a great example of a process sociologists call cultural globalization.
.
.
Monoprice 110010

Step into a world of magic and darkness with dark fantasy fiction books, where nothing is as it seems and the line between good and evil is blurred. A must-read for fans of the macabre and the supernatural.